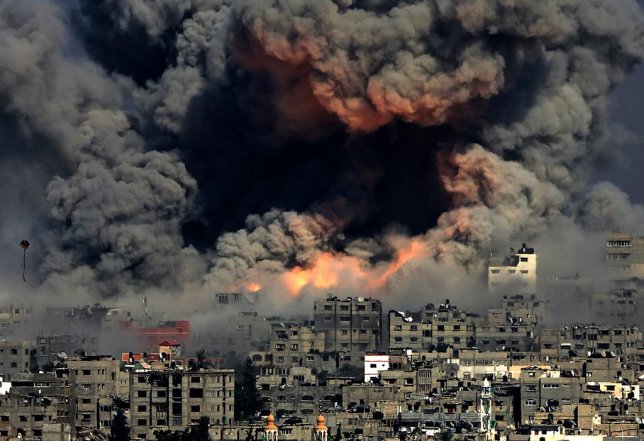 Casualties of a Conservative Government

Canada is still the calm, expansive landmass just above the United States. In recent memory, that idea is being increasingly challenged by Stephen Harper’s Progressive Conservative government. The Israeli-Palestinian conflict is a hugely divisive issue globally and its resurgence this summer is no different. The Internet is abuzz with opinions and accusations; but throughout all of this, the Canadian Prime minister has not wavered in expressing support for the Israeli government’s actions. There is clear global controversy surrounding this issue yet Harper has taken a side. At this stage of a drawn out conflict that has claimed so many lives, why on earth would he do that?

Digging deeper into Canada’s position, there has always been support extended toward Israel. Operation Galilee in 1982, characterized by violent Israeli retaliation resulting in Palestinian civilian deaths, saw a negative diplomatic outcome limited to a less responsive relationship with Israel. Canada maintained support publicly during 1987’s First Intifada but voted with moderate Western European countries like Sweden, Holland, Britain, Belgium, and Norway at the United Nations. Jean Chrétien rewarded Israel’s commitment toward peace in the 90s under Yitzhak Rabin with a free trade deal.

What was a minimal issue for so long in Canadian politics has now become one-sided. Commenting on the conflict that erupted in July 2014, Harper stated: “Canada is unequivocally behind Israel. We support its right to defend itself, by itself, against these terror attacks, and urge Hamas to immediately cease their indiscriminate attacks on innocent Israeli civilians.”

The pro-Israeli position has grown in stature since Harper ramped up his electoral campaign in 2005. The primarily Anglo-Saxon vote was not enough to support a modern conservative government and shrewdly, he looked elsewhere to traditional conservative groups to fill in support gaps. The Jewish-Canadian community had preserved conservative cultural ideals and therefore was an appealing candidate.

Parliament Hill had been red for over 15 years. Unconditional support for Israel was what helped a conservative minority government take shape and as ties increased with Jewish groups in Canada, the relationship grew, contributing to a majority in 2011.

While Harper enjoyed political victories at home, his public support for Israel has arguably not helped anything except his political ambitions. A study done by Canadian Jewish groups found an overwhelming 89 percent of Canadians believed that Palestinians and Israelis shared responsibility equally in the ongoing conflict. 83 percent thought Canada should remain neutral in its approach. It is difficult to see the government’s rationale behind complete ignorance of the facts. Other ethnic and religious groups have increasingly become alienated by Harper’s commitment to Israel’s cause. While it has paid dividends in the last two elections, there is clear discontent in Arab communities in eastern Canada.

While the US enjoys a close relationship with Israel that involves a military aid component, Canada can only provide legitimacy. US Technology and resources can give Israel an edge in military operations. Canada’s contribution under Harper is limited to statements, increased political and economic ties, and vote support at the UN. The last thing a conflict of this nature needs is the spur of a nation such as Canada to enter the ring and pick a corner.

A negative policy pattern by Harper’s Conservatives is hardly new. His “tough on crime” agenda is out of touch with falling crime rates in Canada. Weaker environmental laws threaten sustainable resource exploitation in Western Canada. The policy trend further right may explain the appeal of Israeli PM Benjamin Netanyahu and his far right agenda. Netanyahu was fiercely against the 1993 Oslo peace process and his lack of commitment toward peace resolutions stemming from Oslo have made clear he is not interested in constructive peace at all.

Harper’s stance is most appreciated by Israelis. Surveys within the Canadian Jewish community show that a moderate view is not as rare as it seems in times of conflict. A 1987 survey of Jewish-Canadian leaders around the time of the First Intifada found that 60 percent thought, “Israel should offer Arabs territorial compromise in the West Bank in exchange for peace”. It is sometimes difficult to vocalize these criticisms publicly as they can legitimize anti-Semitic rhetoric and action.

A violent conflict with deep ideological and territorial divisions victimizes the innocent. Civilians are vulnerable to radical ideas on both sides as a climate of fear and hate is spurned by the constant threat of death. Propaganda in mainstream media outlets churn out persuasive content, which ultimately entrenches opposing ideals in Arab and Israeli communities. It is shameful that Harper is subjecting ordinary Canadians to the moral consequence of a war half a world away.

Future Tory governments may see this electoral support for Harper and decide it is a legitimate route to exploit in a bid for election. But all Canadians would benefit from a return to a moderate view where Canada could have a positive contribution to the conflict. The historic volatility in the region and heavy civilian casualties are what make a one-sided commitment irresponsible. Canadians should hope that the pro-Israeli stance can be watered down and as the damage is repaired, fulfill a role as a supporter of peace. Is 8 years of pro-Israeli commitment enough to become status quo? Hopefully not. The 2015 election is when the next political party can break from Stephen Harper’s electoral strategy: a process where votes are exchanged for destruction, suffering, and death in a distant, far off place.