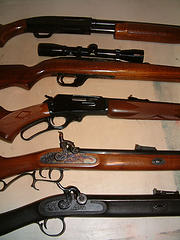 The 1989 Montreal Massacre, which saw the deaths of 14 innocent students, has been cited as the precedent for stricter gun laws in Canada, including the implementation of a national gun registry in 1993. While the incident may not remain as stringent in the Canadian population’s memory as whole, repeats such as the shootings on the Concordia University Campus in 1992 and in Dawson College in 2006, have ensured that Quebec has not been allowed to forget the violent incident. Quebec’s resistance to ending the Canadian gun registry and destroying the records must be seen within this context.

With ongoing debates regarding the efficacy of the registry itself, a look at the numbers is in order. A report published in February 2010 by Statistics Canada showed a 65 per cent reduction in homicides by long guns in the country since stricter gun laws were implemented. The total reduction in homicides involving any firearm was 37 percent.

Since the introduction of stricter gun laws, there has also been a 43% decrease in the number of suicides by firearms, and statistics show that a house with firearms is 4.8 times more likely to be the location of a suicide.

Still, the legislation has long been accused of being intrusive, expensive and ineffective. Now, the Harper government aims to remove not only the gun registry, but also all the information accumulated about long-gun owners over the years—the same data that is used by police across Canada over 17 000 times every day.

The cost of setting up the gun registry was $2 billion and annual maintenance is an additional figure in the millions. Yet, a 1991 study published in the Canadian Media Association Journal found the total cost associated with gunshot wounds that year to be a whopping $6.6 billion. Costs per survivor—adjusted for inflation in 2011—was $300 000. Monetary costs must be incurred with or without the registry, it appears.

Police surveillance associated with the firearms registry is behind accusations of its intrusiveness. Once an individual registers a firearm, the police are allowed to enter personal property without a warrant under certain circumstances. However, this is just one component of the legislation that can be revised if needed.

Maintaining records of firearms doesn’t affect crime rates, according to Conservative MP Scott Reid, who stated that maintaining records of firearms does not affect crime rates, since a gun involved in such acts would normally be illegally obtained “and the registry wouldn’t have a record of it anyway.” Needing a firearms license to buy arms and ammunition is enough precaution for Reid. He misses the bigger point, however, about the potential increase in arms throughout Canada. With deregistered arms in rising numbers throughout the country, it would be easier to get one’s hands on weapons, at any rate.

What of imported arms entering the country? Border officials would no longer be expected to register firearms, and could lead to an increase in the number of weapons entering the country. A recently uncovered internal memo to the National Firearms Association advised that control of firearms would be weakened if the registry was scrapped.“ Such a loophole could facilitate unregistered prohibited and restricted firearm trafficking into and through Canada,” a Public Safety official said in the memo, according to Canadian Press.

While a significant proportion of the population is in favour of ending the gun registry, seeing it as being an ineffective legislation, the numbers above show otherwise. Quebec’s opposition to ending the firearms registry will not be quelled, and it has asked that records within the province be spared so a provincial registry can be set up. Although, no province has been allowed access to its registry records, Quebec setting up its own registry without older records may become a contested issue. Premier Jean Charest recently addressed the National Assembly, during which he invoked the Montreal Massacre as an emotional historical reason for maintaining the gun registry, in a continuing fight against violence associated with guns. Ignoring Quebec’s past violence and its emotional aspects may create the potential for another Separationist argument, and another point of contestation to create rifts between Quebec and the rest of Canada. Thus, scrapping the firearm registry is in conflict with both maintaining security within Canada and also for maintaining regional solidarity.