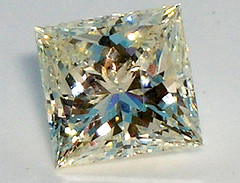 Diamonds: a universal symbol of love, or of oppression?

Diamonds are often esteemed as a universal symbol for luxury and opulence. They are regarded as the ultimate expression of love and devotion throughout the modern world, and as such they are in high demand. Men propose with them, women drool over them. They may be a girl’s best friend, but are they man’s worst enemy?

“Blood” diamonds are making their way back into the international market, despite attempts from the UN and EU to prevent this from happening. A “blood” diamond is a diamond that is used to finance a rebel army, and often their attacks on the legitimate government in that area. These “blood” diamonds are often linked to an assortment of human rights abuses ranging from raping, mutilating and killing women and children, to kidnapping children for the purpose of turning them into child soldiers. “Blood” diamonds are more prevalent in Africa than anywhere else in the world, where about two-thirds of the world’s diamonds originate. The civil wars in West Africa from the Cold War until today have almost solely been financed by the selling of these “blood” diamonds.

In 2003, the United Nations established the Kimberley Process of certifying diamonds to prevent “blood” diamonds from entering and being sold in the international market. It is designed to determine where a diamond originated in an attempt to assure consumers that the diamonds they want to purchase are not funding civil wars or contributing to human rights abuses.

Ian Smilie, would argue that the statistic is in actuality much lower. As a former Kimberley Process officer, he resigned from his position stating that he “could no longer, in good faith, contribute to pretence that failure is success. The government in Congo has no idea where 40% of its diamonds come from – they could be coming from Angola or Zimbabwe or even from Mars.” Smilie was not the only one to resign over these “blood” diamonds. In May of this year, the South African Kimberley Process monitor for Zimbabwe resigned due to increasing pressure to release the damaging reports on the monitoring of diamonds in Zimbabwe to the public, which would result in the country remaining unable to sell its diamonds on the international market. Due to this controversy and continuous reports by human rights groups, the United States will play a major role in the monitoring of Zimbabwe’s diamonds starting in 2012, to better ensure that the diamonds being sold in the international market are in fact not “blood” diamonds.

They say diamonds are forever, but in actuality the saying should be more along the lines of “blood diamonds are forever.” The atrocities that arise from the buying and selling of these diamonds are unacceptable, and their effects are everlasting. However, despite these new reports of “blood” diamonds on the rise, Mr. Blom of the World Federation of Diamond Bourses argues that the Kimberley Process does indeed accomplish what it set out to do the majority of the time. But many would argue that “the majority of the time” is simply not good enough. One can only hope that these new reports of the “blood” diamond boom will emphasize the need to amend and improve the Kimberly Process.