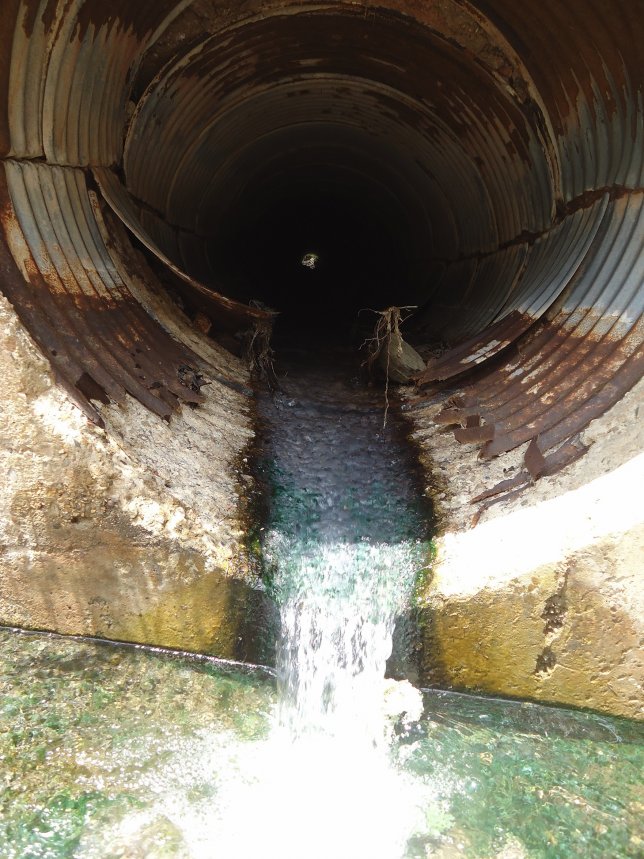 Paying the High Price of Gold

It is no secret that open-pit gold mines wreak havoc on the environment. Less widely known is the incredible amount of power free trade agreements have granted to gold-mining corporations to cause this damage.

Pacts such as The North American Free Trade Agreement (NAFTA) and the font-family:Calibri'>Central American Free Trade Agreement (CAFTA)<span lang=EN style='font-size:11.0pt;font-family:Calibri;color:#333333;mso-ansi-language: EN'> Calibri'>include chapters that allow corporations to sue signatory nations for lost profits in the event that new laws, such as environmental or health regulations, threaten the corporation’s investment. This is exactly what is happening now in El Salvador.

A decision is imminent in the first case of its kind to be heard under CAFTA: <a href="http://www.citizen.org/documents/Pacific_Rim_Backgrounder1.pdf">Pacific Rim Mining Corp. vs. El Salvador. Anti-mining groups, environmentalists and trade justice activists throughout the Americas are poised for a response from the CAFTA tribunal, which could set a precedent for mega-projects throughout the region. <span lang=EN style='font-size:11.0pt;font-family:Calibri;color:#333333;mso-ansi-language: EN'>

Pacific Rim, a Canadian-based mining corporation, is suing the government of El Salvador for violating its investor rights under Chapter 10 of CAFTA. The company claims that the government of El Salvador violated its investor rights by failing to issue a permit to begin operations. Since Canada is not a member of CAFTA, Pacific Rim is suing El Salvador under a U.S. subsidiary. The government of El Salvador acted in response to calls from a wide network of civil society groups, including communities potentially affected by the mine, environmentalists and the Catholic church, who rallied together to block the mine. They argued that the mine will contaminate El Salvador’s already limited water supply and cause serious environmental and health issues. Individuals involved in the movement have met violent repression for their opposition and the case is already stained with blood.  <a href="http://www.miningwatch.ca/news/murder-el-salvador-calls-canadian-mining-interests-question">Four Salvadoran anti-mining activists have been assassinated over the past two years. Those cases remain unresolved.

As Pacific Rim struggles to open its gold mine in El Salvador, another Canadian based company, Goldcorp, is closing up shop in Honduras after over a decade. In the mine’s wake, surrounding communities face chronic health problems and depleted natural resources. The situation is a testament to the kind of destruction the anti-mining movement in El Salvador is fighting to avoid.

The striking jade greens and golden yellows visible in the stream photographed above are a result of <a href="http://www.envio.org.ni/articulo/4421">acid drainage that will last for up 100 years. This is the water that communities near the San Martine mine use daily to bathe and wash laundry. According to a recent report by Honduran human rights leader Dr. Juan Almendares, the Honduran government has documented high levels of arsenic in the blood and urine of children living near the mine. Almendares’ report also shows that the Honduran government dragged its feet in revealing information about the contamination and in doing so, allowed the gold mine to continue harmful operations. Now Almendares and other human rights groups are calling for Goldcorp to pay for the environmental and health problems it left behind.

<a href="..:..:AppData:Local:Local%20Settings:Temporary%20Internet%20Files:Content.IE5:7KK7020H:anthrojournal.com:issue:october-2011:article:gold-corp-and-subsidiaries-a-critical-comparative-examination-due-to-international-inspiration">There are many international actors at play in the corporate web of gold mining. To trace the genealogy of the San Martin mine in Honduras, for example, we begin with Honduran company Entre Mares. Entre Mares used to operate as a subsidiary of Glamis Gold, a formerly Nevada-based gold company <a href="http://www.marketwatch.com/story/goldcorp-completes-acquisition-of-glamis-gold">which was bought out by Goldcorp in 2006 to form the world’s third largest gold mining company. Three years before merging with Goldcorp, Glamis Gold was entangled in a similar struggle as Pacific Rim.

<a href="http://www.state.gov/s/l/c10986.htm">In 2003 Glamis Gold began a suit against California under NAFTA’s Chapter 11 for $50 million in damages. <span style="mso-spacerun: yes"> Glamis Gold brought the case against California after the state denied the corporation the right to construct an open pit mine. California reacted to outcry from environmental and indigenous rights groups arguing that the mine would cause environmental destruction and encroach on sacred sites. In this case, in order to a submit a claim under NAFTA, Glamis Gold attempted to file as Canadian company even though it was based in Nevada at the time. <a href="http://www.state.gov/documents/organization/54363.pdf">The tenuous nature of this claim is one of the reasons why it failed. <span style="mso-spacerun: yes">

Ultimately, the tribunal ruled in favor of California. While the United States is not immune to being sued by corporations under these free trade agreements, so far it has been on a winning streak. Not all nations and states attempting to block damaging mega-projects have been as lucky. <a href="http://www.citizen.org/documents/Pacific_Rim_Backgrounder1.pdf">NAFTA tribunals have already awarded over $200 million to investors claiming lost profits.  NAFTA’s Chapter 11 provided the model for CAFTA’s Chapter 10 and similar measures in other free trade agreements. <a href="http://www.citizen.org/documents/investor-state-chart1.pdf">Public Citizen calculates that there are currently $12 billion in pending claims under NAFTA-style tribunals related to the environment, health and transportation.

<a href="http://www.guardian.co.uk/business/2011/jul/31/gold-rising-price-hedge-funds-investments">With the price of gold reaching record highs in light of the global financial crisis, gold mining will remain a hot issue. One analyst quoted in <a href="http://money.usnews.com/money/personal-finance/mutual-funds/articles/2011/08/23/are-gold-mining-stocks-set-to-take-off?PageNr=1">a U.S. News and World Report article on gold mining states that “if gold prices continue to remain elevated, then [gold] prices are up, costs either stabilize or go down if the economy weakens further, and that could be <span style='color:black'>a recipe for fat profit margins [for gold mining stocks]." As the gold mining industry stands to further benefit in the coming years, those being poisoned by its deadly practices, such as children in living near the San Martin mine, will continue to suffer.

For now, social and environmental justice groups hope that the Pacific Rim decision will fall on the same side as the NAFTA tribunal’s ruling in the Glamis Gold case. A win in El Salvador would show the international community that groups resisting invasion of these mines stand a chance against a Goliath.

Brooke Denmark, Witness for Peace International Team member based in Nicaragua. Witness for Peace is a grassroots organization whose mission is to support peace, justice and sustainable economies in the Americas by changing U.S. policies and corporate practices that contribute to poverty and oppression in Latin America and the Caribbean.