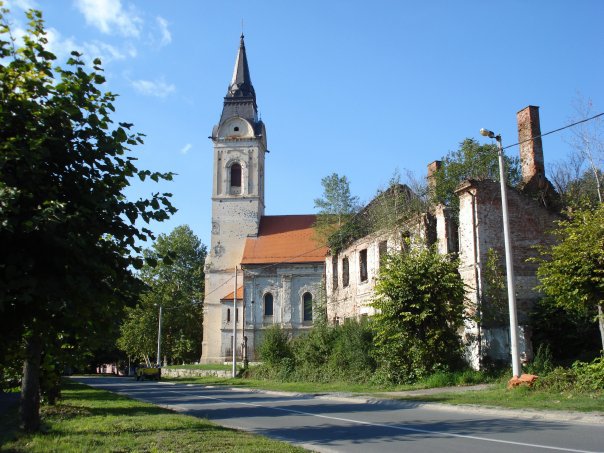 What has changed and where from here?

On July 8 2013, I embarked on a trip to Croatia, a land of history and beauty at the Mediterranean Sea. I was on a post-war field mission to learn and experience first-hand what had happened during the war in the early 1990s. My journey was motivated by a personal and academic interest. Being from Rwanda where the war in 1990s left an eternal scar, it was an opportunity for me to revisit images and thoughts of evil, as well as witness the strength of a population to overcome the most inhumane actions committed against them. As a graduate of International Peace and Conflict studies, it was a chance for me to see, listen, and analyze the nature of the conflict in order to understand its causes and effects, while at the same time, witness the success and failure of interventions. This short report is a reflection of my experience based on the information acquired from local people who were involved in, and affected by the conflict and the ones who contributed to its end through humanitarian or other means of actions.

Among the first affected places in Croatia was Pakrac, a small town in western Slavonia which became the front-line in the fighting between Serbs and Croats in the 1991-92 war following the break-up of Yugoslavia and the establishment of an independent Croatian state.

During my brief visit, I met locals who shared their experiences and showed me what has changed and what still remains in ruins either as a remembrance or abandoned by evicted Serbs who never came back. I heard stories similar to my own experience in the Rwandan ethnic conflict. While visiting the museum which was completely rebuilt, I was shown a picture of the heroes of Pakrac. These were young men, many still alive, who stood up against the Serbian troops to protect the town. Given that the majority of the Pakrac population was Croatian, I would have thought that those young men were Croats. To my surprise, only one from over a dozen of them was a Croat and he was married to a Serbian woman. At the same time, Croatian irregulars were ethnically cleansing the northern areas of Western Slavonia. These are similar stories I heard and the experiences I had in Rwanda, where Hutus sheltered Tutsis during the genocide while extremists on both sides were killing Tutsis and Hutus across Rwanda. During another encounter, I met a man who was imprisoned and mistreated four times by Croats and Serbs for standing up for human rights and equal treatment. He was arrested and tortured by Croatian forces during operation "Blitzkrieg", yet retains his warm smile and positive spirit, while helping Serbian returnees to re-integrate. His story also reminded me of a situation in Rwanda in which moderate Hutus found themselves in difficulties because they did not want to associate themselves with ethnic-based violence. The wounds of Pakrac have not yet healed 20 years later. While driving through the town, the signs of the aftermath of the war are still alive. We walked along the town and for me it was almost as if the war happened yesterday. A few people walk on the street, and bullet marks are still clearly visible on many buildings including churches (The Catholic Church is completely restored while the Orthodox Church remains neglected). On the other side of the town where most Serbs still live, trees have grown in dozens of houses that are deserted. Others have been shot and burned to the ground, and the ones left standing have big bullet marks that can be seen from a distance.

During our visit to the office of the former Governor, the present and former Mayor, a former volunteer, and two young men awaited us. The two young men, who appeared to be in their mid-twenties, were all small boys when the war broke, but even they had different views on the situation between Serbs and Croats while they were growing up. The older claimed that his school was segregated while the younger said he had good relationships with his classmates. There was no way to draw a line because healing and reconciliation are long processes and it is felt differently by different people. This manifested itself when, as we were about to leave the office after a long talk with the former Governor and his entourage, thunderstorms were heard outside and the rain started pouring when the young man, without thinking, said to us “those are Croats coming”. He is Serb. He was joking of course, but his jokes reflect the realities the town had experienced many years before.

On my way to Pakrac and during my mission, I learned about a peace-building project that was initiated by UNDP, the Croatian Anti-war Campaign, CARE Austria, and the Belgrade-based peace group MOST. The objective was to facilitate the normalization of relations between ethnic groups through concrete actions of reconstruction of economic and social structures.

According Mrs. Beata Boehm and Mr. Michael Platzer, who were part of the team responsible for implementing the project on behalf of CARE Austria and the UNDP respectively, the cease-fire had left Pakrac divided with the cease-fire line running through the middle of it.

Participants of the project were mostly young people recruited by Service Civil Society International from 20 European countries. Among volunteers were the Austrian Peace Volunteers who were the first alternative service volunteers to work abroad and worked on the Serbian side in particularly difficult conditions, and the professional UN volunteers who were nurses.

The Pakrac Volunteer Project was possible because in 1992-93, the UN was looking for some alternative ways to build peace, not only in Croatia but elsewhere. They had peacekeepers on the ground to halt the fighting while at the same time, looking for means to promote positive peace.

The international peace movement also needed the project as, at the time it was happening, Bosnia was in flames and there was no possibility of civilian peace-building there. Pakrac became a kind of flagship for a lot of organizations.

The project brought about many successes. By 1997 as the project was finally completed, 500 volunteers had worked on the project. Volunteers rebuilt a lot of houses (though many are still deserted) and organized youth projects among others. This was important because unless one did something about the infrastructure, reconciliation could only go so far.

Socially, there were benefits to the project including the fact that volunteers made friends with the locals – the most important outcome of the project for Mrs. Boehm. Particularly for young people, they were exposed to a point of view which came from outside the town and outside the state-controlled media; they experienced a discourse with people who had completely different viewpoints from them and who consistently held to the view that people on the other side of the line were not necessarily evil.

The psychological outcome was that volunteers had crossed the ceasefire line and had returned, which meant there was potential to create a different pattern in people’s minds. One of the persons who worked on the project told me that, in that period, all volunteers were working every day on government sponsored Working Brigades with local people. At first on the Monday mornings after volunteers had crossed the ceasefire line, things would be extremely tense, but then the volunteers would be working alongside local people in the Brigades for the rest of the week and little by little the pattern came to be more accepted. People came to see that the action of the volunteers in crossing the line wasn’t the betrayal they had first supposed it to be.

As a result of the lessons learnt from the Pakrac Volunteer Project, people involved did amazing things which, I believe, the UN would like to replicate throughout other conflict zones. Young people are now involved in politics like the young man who serves with the former Governor and others are looking for ways to empower themselves like the graduate who is volunteering as a journalist in town.

We left Pakrac with a sense of confidence that with time, things will slowly improve. The optimism we heard in the older generation and the courage we saw in the new one give us hope that a town populated by a majority of Croats but once defended by multi-ethnic volunteers at the beginning of the conflict will once again reunite to overcome ethnic prejudices and heal the wounds that are still visible on the walls of Pakrac buildings. While the scars in people’s hearts have not yet healed, we felt the sense of willingness on their part to work toward restoring love and respect for one another.