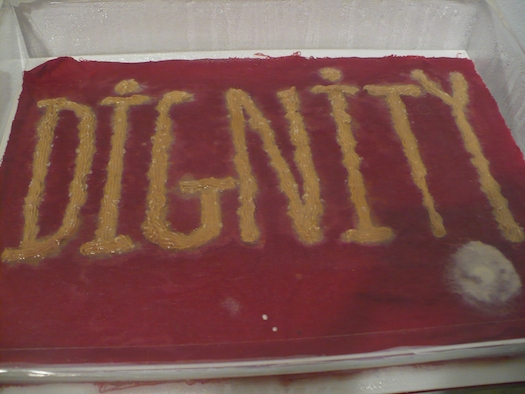 After January 14th, 2011, the most uncommon dreams of a beleaguered small country were permitted, and some of them have already come true: for the first time there have been the formation of governments after holding democratic and transparent elections, a National Constituent Assembly that adopted a progressive Constitution where essential rights are guaranteed, a new Assembly of People’s Representatives that is playing its legislative role, independent regulatory bodies that are underway.... But although the essential foundations of a sustainable democracy have been laid, much remains to be done to get rid of past habits and old reflexes.

In fact, the democratic culture cannot be improvised, neither could it be made up at the spur of the moment. It will, we believe, take time for the democratic ethos to prevail and ultimately become a way of life.

This is precisely what we call "transition", this grey zone that fills the gap between the revolutionary moment and the effective implementation of democratic values and human rights traditions. Three examples show that we are only at the beginning of the road.

Freedom of conscience, you said?

A cording to a survey carried out by the Forum of Applied Sciences, The Arab Youth Observatory and the Arab Institute of Human Rights, "Tunisians are still torn between traditional values and their tropism towards modernity. " (Business news, 15th May 2015)

The Proof? We are only 39% who respect other religious beliefs and only 28%of us support the freedom of conscience!

On the other hand, 91% of Tunisians say they are in favor of spreading the Islamic message out of Muslim countries but at the same time, opposed to other religious proselytism in Tunisia. (previous source)

Our home made racism

Tunisia often prides itself on being one of the pioneer countries that abolished slavery in 1846. However, the facet of a racist "culture" that is contemptuous and disdainful towards blacks is still latent and never missed the opportunity to become manifest, taking violent forms in public spaces as it has been illustrated lately.

After the match between Tunisia and Equatorial Guinea for the African Nations Cup, there were waves of violence against African students, and most of these young students were advised not to go out in the aftermath of the match."This is the most cowardly, stupid and hideous aspect of our society, " said an outraged journalist. (Wedbar 1st February 2015)

The Tunisian black minority, also, say they suffer daily verbal stigma."The struggle against anti-black racism may take longer time than we think because of the legal vacuum, the trivialization of racism and the non-recognition of this social and societal scourge," states bitterly Saadia Mosbah, president of the association, “Mnemti” (My Dream).

Let’s just recall that three years ago, the then minister of human rights and transitional justice, Samir Dilou, raised a big outcry when he referred to homosexuality as “a disease that has nothing to do with human rights.” The most violent condemnation came from Amnesty International which retorted that “condoning discrimination on the grounds of sexual orientation or gender identity is a blank check for the most serious human rights violations” (Tunisian Official Rhetoric undermines Human Rights, AI , 24-02-2012)

And here we go again: the issue has come up lately when Shems, an association that defends sexual minorities has been legalized. Following a TV appearance of one of its members, a campaign of amazing violence broke out. We can sum up the position of the “Tunisian elite” into three categories:

• “The progressives” who estimate that homosexuals’ rights are not a top priority now and it is high time we addressed more important issues such dealing with the social and economic situation , combating poverty, facing terrorism…

• “The moderates”: who call for applying the rule of law, and more precisely article 230 of the criminal code that stipulates a sentence of up to three years for such a “sexual delinquency,”

• “The Religious” who raised up the sacred texts and warned against breaking taboos and disdaining “natural values”, threatening “sodomites with the fires of hell” …

These positions of unparalleled virulence, coming from different intellectual and political backgrounds, share the same stereotyped prejudices. They all underscore the still superficial assimilation of human rights culture. In fact, there are distances between chanting slogans about these human rights and respecting human beings in their diversities and differences. Unless we walk up these distances, it is going to be impossible for us to build a sustainable democracy based on tolerance and freedom.