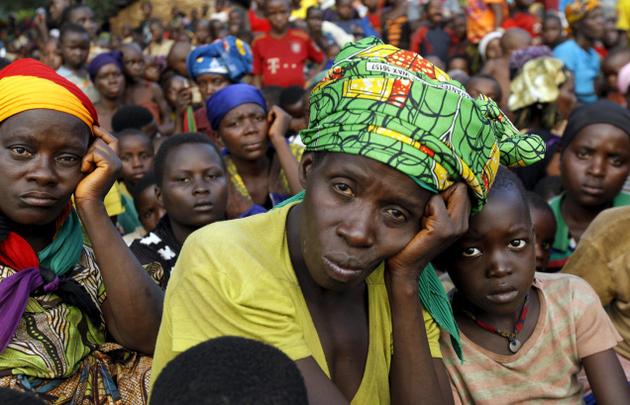 One in every 122 people on the planet today is displaced, a result of the iniquities of development the world over

World Refugee Day on June 20 may have been just one of those rituals conjured up by the United Nations to keep one among its many bureaucracies in business. But this year’s observance brought gloomy news. All those headlines about countless thousands setting off in despair across harsh deserts, raging seas and forbidding mountains, it turned out, actually stacked up. In its report released that day, the UN refugee agency conveyed a grim but unsurprising finding, that the number of the uprooted — refugees, asylum seekers and the internally displaced — is today at its highest since the end of World War II.

The figures made for bleak reading. In 2014, the number of the displaced went up by 13.9 million, a four-fold increase over the previous year. Though statistics are yet to be tallied, the first half of 2015 brought no respite. At the end of 2014, the total number of the displaced stood at 59.5 million, of which close to two-thirds were categorised as ‘internally displaced’ and most of the rest as ‘refugees’. A small fraction, just over three per cent, was at some stage of the quest for asylum.

Half of the refugees are children. And looking at the problem from another angle, one in every 122 persons inhabiting the planet today lives in the state of trauma and uncertainty induced by displacement, not knowing where they belong or how to sustain life from one day to the next.

Media images of desperate people crossing the Mediterranean after aggregating at a point in Libya, from where the sea journey to the European mainland is relatively short, have flooded the airwaves. Equally traumatic has been the plight of ethnic Rohingyas fleeing persecution and a virtual declaration of their non-personhood by the government of Myanmar, which the great hope for global democracy, citizen Aung San Suu Kyi, has done little to contest.

Images of desperation on one side are sharpened by the sublime farce of the response from the masters of the global order. Mid-June, British Defence Secretary Michael Fallon made a highly publicised helicopter landing on the deck of a warship patrolling the Mediterranean, ostensibly to intercept and turn back the boats carrying people from the Libyan coast to the European mainland. Europe had little capacity to take on board the refugee flood, he said, and its response would be to first crack down on the traffickers bringing human cargos across. This manner of criminal conduct would be firmly quashed. Once containment was achieved the more serious business would begin, of mitigating the factors propelling thousands across choppy seas in desperate search of security and sustenance. While acknowledging the complexities involved, the high British official was categorical that the task would not involve ‘boots on the ground’ — the term of art representing active military deployments — in the regions of human distress where refugee flows originated.

On another of the frontlines of the global refugee crisis, Australian Prime Minister Tony Abbott was showing a different order of smarts, placing a few strategic financial inducements to outbid the best offer desperate refugees could make to the entrepreneurs in human misery. With a better price on offer from the Australian treasury, the human smugglers were happy to return their cargo to the place of origin. Questioned about his methods, Abbott admitted that ‘creative strategies’ had been used and then fell back on a trusted old principle of Australian politics: that tapping into an underlying vein of racist xenophobia is a fail-safe plan. He would not discuss the methods used, since the key goal of turning back the boatloads of distressed people had been achieved. Neither was the Australian opposition willing to grasp that nettle since the strategy was one of long vintage and credible claims to cross-partisan authorship.

As alarm bells began sounding across global councils, UN High Commissioner for Human Rights Zeid Ra’ad Al Hussein deplored the ‘demonisation of migrants’ and the ‘growing bigotry’ in dealing with them. Strategies of military deterrence were condemned to failure. Europe simply had to reckon with the reality that just as millions from their shores had done in the past, people would ‘brave terrible peril to seek safety for themselves and their children’.

Just one remove from the floundering international response to a spiralling tragedy is a deeper crisis of globalisation. The term became global currency in the last-quarter century as the inescapable destiny of all people. But the current conjuncture speaks of the iniquities of development having acquired explosive form. Globalisation was a charter of rights for the free flow of capital to every nook and crevice of world economy. Human rights were a subsidiary concern, if one at all, typically to be accommodated through acknowledging every ethnic particularity.

As terms of trade collapsed, developing countries had to reach deep into their reserves, exploiting natural resources on an accelerating scale to sustain rapidly crumbling positions in the world economy. Solidarities between elites within the framework of the nation-state eroded, fuelling ethnic warfare.

The implosion of South Sudan and the continuing tensions in the horn of Africa exemplify the failure of older antidotes of peace through separation. The consequence has been an entire new nation emerging on the map: the global nation of the disempowered and the displaced, which signals to the world that there can no longer be any delay in addressing the programme of disempowerment that globalisation has represented for large numbers of people.