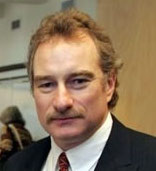 How Climate Change Connects to Austerity

Sean Sweeney from Trade Unions for Energy Democracy, USA was invited by Alternatives to its Festival of Solidarity held in Montreal on June 13, 2015. This speech has been transcribed by Sophia Reuss, coordinator of the Alternatives International Journal

The following speech will talk about trade union work from the international perspective around climate change and how it connects to austerity.

The main conclusion I have reached from my work with Trade Unions for Energy Democracy is that a new trade union climate politics is emerging. It’s emerging on both the global level and North American stage, and although it has still got a long way to go, there are many encouraging signs, a few of which I would like to report.

In many ways, the discourse in the unions has a new feel to it, a new sense that unions have to break with the mantras of growth and extraction, as well as the need for exploitation of resources. However, this new feel also connects to the old tradition in the labour movement: the need for ownership of control and of economy. This was recognized in the century before last, when unions realized that in the work place, a certain level of gains could be accomplished, but what was really needed was more control over economy. This issue is coming back into the trade union agenda in a powerful way.

Trade union work also emphasizes something that I think we all have to pay attention to: the need for program. In my generation of the socialist left, it was all about program, and not too much about movement. We already had a movement; the arguments were over program. In recent decades, it is all about movement and program was ’so yesterday’. However, I have always felt, and I still feel, that speaking truth to power is not enough. If truth is on one side, and power is perpetually on the other side, that is not enough to address the social and ecological crisis we face. We have to aspire to power. A program is not a list of demands; it is a process of implementation for a set of solutions.

The body that I coordinate is called Trade Unions for Energy Democracy. It came out of a very intense debate that took place during the Rio +20 talks in 2012 in Rio de Janeiro. There was a big meeting of the trade unions, an international assembly, where the main position of the European trade union movement was that we should support the green capitalists against the ’bad’ capitalists, and that we should be supportive of green job strategies. You could summarize their program in three two-word expressions: green jobs, just transition, and decent work. It was a minimum program. It never addressed corporate power, the problems of the commodification of nature, or the extension of capitalism into nature.

Now, at that meeting, which I consider a historic turning point for the international trade union movement, the proposals were met with extreme anger from unions from the global South. Indigenous organizations related to the labour movement said: "No! We have to defend the commons, we have to develop the public sphere, and we have to struggle for control over key sectors, among them energy.”

Trade Unions for Energy Democracy came out of that meeting. We convened a follow-up meeting in October 2012, which was addressed by one of the top leaders of the climate science community, James Hanson. This meeting occurred two weeks before Hurricane Sandy hit the Northeastern United States and killed (at least in the New York City area alone) more than 50 people. The climate was imposing itself on the meeting. We fortunately missed the disaster by two weeks, but the message was clear: climate change is here, and we need a plan of action to deal with it.

The conclusion of Trade Unions for Energy Democracy is threefold. One: there is an energy emergency. It reflects itself in what is the civilizational crisis. The current trend in the global energy sector is for more and more fossil fuel expansion and extraction. When liberal environmental groups tell you that the world is moving toward renewable energy, they are not looking at the facts. The facts are that yes, renewable energy is growing, quite impressively. But what is growing far more impressively, and distressingly, is fossil fuel use in the form of coal, oil, and gas, as well as extreme extraction in the form of so-called unconventional fuels: fracking, tar sands, shale gas, shale oil. It goes on and on. Business as usual is not an option. If we take the science seriously, we have to take the solutions seriously. It’s no good calling for a few green jobs, for incremental change here and there, or trying to persuade the capitalist system to put a price on carbon and therefore pay for natural resources. This has failed. We are in a new moment now, when the failure of green capitalism is evident for all to see.

Four unions in the room responded, "we cannot do that; we already signed a project-labor agreement with the company Trans Canada, which means jobs for our members. The climate-policy of the Obama administration has failed, and we need jobs now otherwise our members are going to kick us out of office.” Other unions were very silent, but over a period of weeks and months we went into a series of intense discussions with these unions, and in the end, six of them came out against Keystone XL.

Now what does that mean? These unions were in public transport, which is a key climate solution; the pollutants associated with tar oil spoke to the issues facing public transport workers. More importantly, the other unions that came out against the Keystone XL pipeline were Nurse’s Unions. Nurse’s Unions have taken an active role in opposing the Keystone XL pipeline in the United States. However, the question remains: once you’ve decided to resist fossil fuels and take it on the chin from other unions who consider you to have betrayed the culture of solidarity in the labour movement, what do you do next?

Now the conundrum presents itself: you can resist fossil fuel expansion, you can resist co-electrical terminals, and you can resist the fossil fuel industry expansion and carbon locking. But at the end of the day, we need to struggle for control over the energy sector. This may sound like mission impossible, but there are a number of things going for this argument. First of all, it is technically possible to be 100% renewable energy within two decades, globally. We know that’s true. What is not possible at the moment, is to implement that with today’s politics. We have to struggle at the community, municipal, national, and regional levels for public control of renewable power, and a planned transition away from fossil fuels. So the program we’re looking for in the trade unions in climate policy, is based on five pillars:

The first, it has to be independent. Independent not just of the energy companies, but also of the liberal, environmental groups who are still attached to the market and the private sector.

Second, it needs to be based on the science. There’s no point in making an emissions reduction commitment if it doesn’t comply with the scientific necessity.

It needs to be internationalist. In the United States, the US union movement always talks about rebuilding America, rebuilding the middle class, and competing against China. We need to get away from that narrative and move towards a global, internationalist approach.

Fourthly, it needs to be transformative. There’s no point in endorsing incremental measures. System change, yes. But, we have to move from a fossil-based economy to a renewables-based economy. We have to do it with a sense of equity, principle, inclusion, and democracy. It needs to be planned and coordinated.

Lastly, it needs to be able to move ordinary working women and men into action. If we just focus on the climate and the ecological issues, we will appeal to some. However, we need to address, per Naomi Klein’s book This Changes Everything, politics, capitalism, and the human condition as we fight to change the energy system itself.