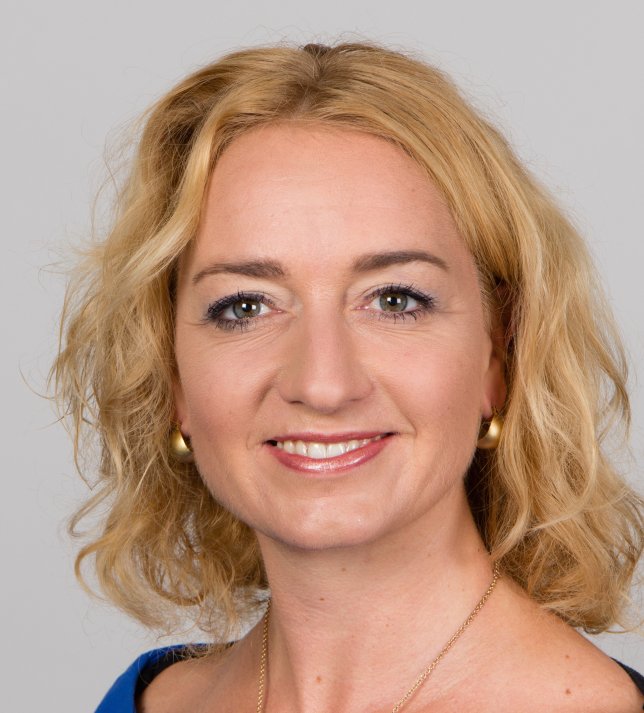 Caren Lay, member of the Parliament from Die Linke, Germany was invited by Alternatives to its Festival of Solidarity held in Montreal on June 13, 2015. This speech has been transcribed by Jennifer Geleff, a contributer to the Alternatives International Journal

Thank you so much for the invitation and to Alternatives and Québec Solidaire. It’s delightful to see that there is roaring resistance against austerity politics not only in Europe, but also in Québec. My name is Caren Lay. I am the Deputy Chair of the German Left Party. Our party was founded in 2007. But now in the past couple of years, we have managed to become the largest opposition party in the country. We are the strongest opposition party, even ahead of Greece and we are gaining approximately 10% of the votes.

We were very successful at the last elections. We won 2 elections and subbed two major German Northern cities: Hamburg and Bremen. We succeeded in becoming the leading party in a county called Thuringia. So, this was a great success for the German left. Our party is a very important corrective to the politics of Germany.

Chancellor Angela Merkel is one of the main champions of the austerity agenda, which she implements not only in Germany but all over Europe.

The German Left opposes welfare cuts, privatization, deregulation, wage dumping and precarious unemployment politics. These neoliberal policies started exactly 12 years ago in Germany. They led to wage decreases, a drop in domestic demand, and in turn created substantial export surpluses and trade imbalances. It is precisely these low wage policies that ruined the economies of other European countries.

So, if we are casting alternatives to austerity one of the main questions is, what is the cause of the economic crisis that Europe is suffering? It is not a debt crisis. It is an economic crisis and at the heart of the evil is low wage policies in which Germany is tragically the leading exponent.

Cuts and costs are the German government’s watchwords. So in our opinion, it’s not the Greeks, the Spaniards, or the Italians that pose the main threat to the Eurozone and to Europe as a whole. It is what mainstream German politics are in favour of.

Some of you may ask, aren’t there successful aspects of austerity policies? Isn’t Germany a country that came out of the economic crisis successfully? For example, our chancellor says that Germany is successful in emerging from the crisis because of austerity policies. I think that if we look at the facts we will see that this is not true. It is not the truth for Europe and it is not the truth for the majority of German people.

Youth unemployment is visible and we are seeing a rise in the number of homeless people. Many countries, including France and Germany, are experiencing economic stagnation. So, the outcomes have been exactly opposite of what austerity was supposed to achieve. As long as Germany continues with these kinds of politics (austerity, privatization, and low-wage policies), Greece and therefore, the Eurozone as a whole, will never achieve stability.

What we need instead are public investment programs. The only way is to generate enough demand to stimulate European economies and reduce deficit.

There is some good news. First, we are seeing increasing strikes in Germany. For example, kindergarten teachers, train drivers, and postal workers are striking. In practice, this demonstrates solidarity with Greece. Germany is saying that low-wage politics are at the heart of the economic crisis. This is one of the main reasons why we support the strikes of these people.

We must implement alternative politics. As said, we need increased public investment and we need a “debt haircut” for Greece. This is the only way to ensure that Greece can exercise its sovereign right to make its own decisions instead of being constantly blackmailed by institutions. Greek finance minister, Yanis Varoufakis, argues that with a debt haircut, Greek could implement reform by its own efforts, without taking on new debt. We also need a European debt conference because, Greece is not the only country struggling.

The central question is who is going to pay for this public investment? I argue that this program should be funded by millionaire techs and European wealth techs. It is time that those who profited from the crisis are made to pay. This includes countless German, Greek and other European millionaires. Workers, pensioners, and the unemployed can no longer take the burden. We say that this program should be funded by our millionaire techs, our European wealth techs.

There is a lot of bad news from Europe and Germany, a country, which earlier this morning, was referred to as “The Belly of the Beast.” But, there is also good news. The good news is that there is growing opposition and resistance against austerity politics and as the left wing party, we are proud to be a part of that resistance. We are witnessing a shift in the hegemony. Now that Syriza is in government in Greece, people are changing their minds.

If we look at left-liberal newspapers, they are sympathizing with Syriza, They are starting to doubt the politics of Angela Merkel and the Greek finance minister, Yanis Varoufakis. One of the main reasons for this is that Syriza was victorious in the election.

More and more people are beginning to sympathize with our position and with Syriza’s position. Another piece of good news is that tens of thousands of demonstrators took part in the Blockupy protests during the inauguration of the headquarters of the European Central Bank in Frankfurt. This is one of the main symbols of resistance against austerity.

To shift hegemony completely, our task is both easy and hard. It is not a problem between Greece and Germany or between France and Spain. It is still the question of whether workers, pensioners, and the unemployed have to pay or if it’s millionaires and private banks who will pay for this crisis. So, it is a question of whether we have a racist explanation for the crisis of if there is a socialist alternative. I think there is an alternative.

Having said all of this, I wish Syriza continued success in its efforts to resist against European debt policy and Troika blackmail. I wish Podemos very success with their politics and goals to shift hegemony in Spain. I am very glad to see that there is growing resistance in Québec as well. So, thank you so much.

As I said, we the Left Germany party stand with you. We will do everything to stop the dictatorship of austerity. Austerity policies must have an end in Europe and everywhere else in the world. It must end as soon as possible.