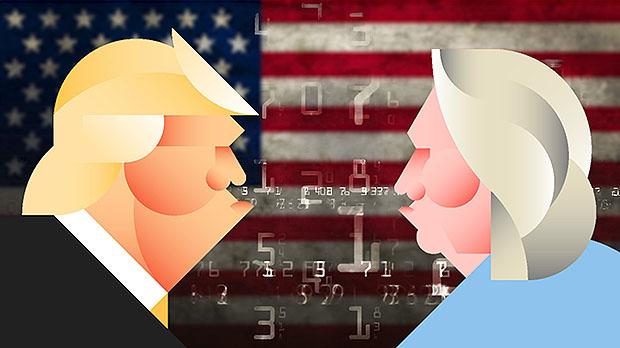 Almost everyone is astonished at Trump’s victory. It is said that even Trump was astonished. And of course now everyone is explaining how it happened, although the explanations are different. And everyone is talking about the deep cleavages that the election created (or it reflected?) in the U.S. body politic.

I am not going to add one more such analysis to the long list I’m already tired of reading them. I just want to concentrate on two issues: What are the consequences of this victory of Trump (1) for the United States, and (2) for U.S. power in the rest of the world.

Internally, the results, no matter how you measure them, move the United States significantly to the right. It doesn’t matter that Trump actually lost the national popular vote. And it doesn’t matter that if a mere 70,000 votes in three states (something under 0.09% of the total vote cast) had been lacking to Trump, Hillary Clinton would have won.

To be sure, the Republicans are divided on some important issues. This is apparent just one week after the elections. Trump has already begun to display his pragmatic side and therefore his priorities: more jobs, tax reduction (but certain kinds), and saving parts of the Affordable Care Act (Obamacare) that are widely popular. The Republican Establishment (a quite far right Establishment) has other priorities: destroying Medicaid and even Medicare, different kinds of tax reform, and rolling back social liberalism (such as abortion rights and gay marriage).

It remains to be seen if Trump can win against Paul Ryan (who is the key figure in the Congress-based rightwing), or Paul Ryan can push back Trump. The key figure in this struggle seems to be Vice-President Mike Pence, who has positioned himself remarkably as the real number two in the Presidential office (as had Dick Cheney).

Pence knows Congress well, is ideologically close to Paul Ryan, but politically loyal to Trump. It was he that chose Rience Priebus as Chief of Staff for Trump, preferring him to Steve Bannon. Priebus stands for uniting the Republicans, while Bannon stands for attacking Republicans who are less than 100% loyalists to an ultra-rightwing message. While Bannon got a consolation prize as an inside counselor, it is doubtful that he will have any real power.

However this intra-Republican struggle turns out, it is still the case that U.S. politics are now significantly further to the right. Perhaps the Democratic Party will reorganize as a more leftwing, more populist movement, and be able to contest the Republicans in future elections. That too remains to be seen. But Trump’s electoral victory is a reality and an achievement.

Let us now turn from the internal arena in which Trump has won and has real power to the external arena (the rest of the world) in which he has virtually none. He used the campaign slogan "make America great again." What he said time and time again was that, if he were president, he would ensure that other countries respected (that is, obeyed) the United States. In effect, he alluded to a past in which the United States was "great" and said that he would recover that past.

The problem is very simple. Neither he nor any other president - be it Hillary Clinton or Barack Obama or for that matter Ronald Reagan - can do very much about the advanced decline of the erstwhile hegemonic power. Yes, the United States once ruled the roost, more or less between 1945 and circa 1970. But ever since then, it has been steadily declining in its ability to get other countries to follow its lead and to do what the United States wanted.

The decline is structural and not something within the power of an American president to stem. Of course, the United States remains an incredibly powerful military force. If it misuses this military power, it can do much damage to the world. Obama was very sensitive to this potential harm, which accounts for all his hesitancies. And Trump was accused throughout the electoral campaign of not understanding this and therefore being a dangerous wielder of U.S. military power.

But while doing harm is quite possible, doing what the U.S. government might define as good seems virtually beyond the power of the United States. No one, and I mean no one, will follow today the lead of the United States if it thinks its own interests are being ignored. This is true not only of China, Russia, Iran, and of course North Korea. It is true as well of Japan and South Korea, India and Pakistan, Saudi Arabia and Turkey, France and Germany, Poland and the Baltic states, and our erstwhile special allies like Israel, Great Britain, and Canada.

I am fairly sure that Trump does not yet realize this. He will boast about the easy victories, like ending trade pacts. He will use this to prove the wisdom of his aggressive stance. But let him try to do something about Syria - anything - and he will soon be disabused of his power. He is most unlikely to retreat on the new relationship with Cuba. And he may come to realize that he should not undo the Iran agreement. As for China, the Chinese seem to think that they can make better arrangements with Trump than they would have been able to do with Clinton.

So, a more rightwing United States in a more chaotic world-system, with protectionism the major theme of most countries and an economic squeeze on the majority of the world’s population. And is it over? By no means, neither in the United States, nor in the world-system. It’s a continuing struggle about the direction in which the future world-system (or systems) should and will be heading.