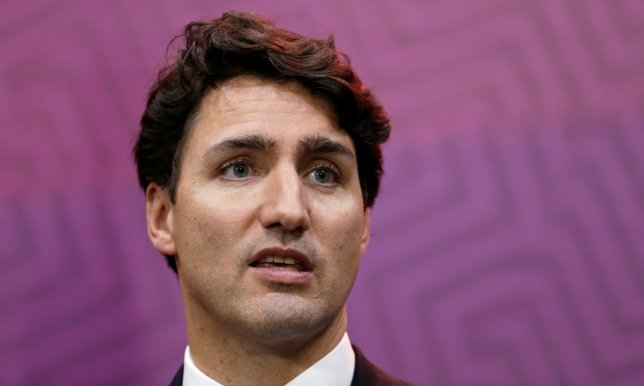 A privatization spree in Canada could cost regular people billions, erode democracy and undermine the fight against climate change

These corporate figures are rubbing their hands because Trudeau is about to put one of our great crises in their hands: the need for historic investment in the country’s infrastructure, for so long the domain of the state.

No one will deny the urgency. Roads and bridges are crumbling and congested with traffic. Subways and buses overcrowded and underfunded. We need a roll-out of emissions-reducing initiatives to avert catastrophic climate change, and a build-up of defences to protect ourselves from floods and fires already locked in.

But many will question the Liberals plan to deal with it: selling off existing public assets to raise money, and having private investors fund, build and operate new infrastructure. If they get their way, expect a wave of privatizations—targeting public services and goods like roads, ports, airports, utilities, the post office, and more. According to Adam Vaughan, one of its Liberal architects, there simply isn’tan alternative: “to be afraid of the private sector when you’re trying to fix this country’s infrastructure is shortsighted…stupid, irresponsible.”

The politicians prattle about the private sector covering the risk of projects: the enabling lie that cannot for its life find evidence. Time and again, the costs of these public-private partnerships have instead been borne by the public. In Ontario over the last decade alone, their cost-overruns burdened citizens with an extra $8bn and racked up $30bn in public liabilities—the equivalent of $6000 per household. But perhaps Canadians are just too stupid to understand their merits. Stupid enough that 75 percent of them surveyed now oppose such privatization schemes. So stupid, indeed, that in many cases they have clamoured successfully for these services to be returned to public control.

Trudeau’s plan for a privatization bank would expand these local disasters to a national scale. Corporate and pension-fund backers have already announced they expect returns of 7 to 9 percent on their investments. How do you think that will happen? The only way that skimping ever does: higher bills, user fees, and hidden government subsidies. Diminishment in quality of service. Cuts in jobs and pay. No wonder some of Trudeau’s corporate advisors are offering their helpful advice free of charge: it’s regular people who will end up carrying the cost.

These costs are not an oversight of privatization but their objective: the inevitable result of opening up the public sphere to private profit-making. For more than thirty years in Canada, such measures have been a tool of an elite agenda promoted by successive Liberal and Tory governments: the transfer of wealth from the poorer to the wealthy, from the public trust to the private clutch. Is it any wonder why most people’s incomes and standard of living have stagnated, while those of millionaires has skyrocketed?

So it’s not surprise that Trudeau doesn’t dare call privatization by its name. Instead his Ministers have invented hip, ambiguous names like “asset recycling” and the “flywheel of reinvestment” to describe their proposed schemes. And the public opposition might explain how the Liberals’ proclivity for consultations hasn’t extended to this matter.

Because privatization serves the elite, it always spawns contempt for democracy. Take this revelatory example from a decade ago: a slide-show used by a Canadian legal firm as they promoted privatization projects in British Columbia. One slide describing the obstacles to privatization is entitled “Inherent diseases.” The obstacles? “Stakeholders,” “transparency,” and “public justification.” For corporations chasing endless profits, the basic value of democracy are not essential to a healthy, thriving society. They are a scourge to be avoided.

All this secrecy, euphemism and dismissive rhetoric is meant to obscure a single, glaring fact: the arguments in favour of privatization are rubbish. There is no need to privatize public assets: with government borrowing rates at historic lows, the Liberals could simply take out loans and build infrastructure at a fraction of the cost. And forget the notion that we’re broke. This line is regularly peddled by the political and corporate class to distract from the cash, much of it accumulated through tax cuts, hoarded by Canadian corporations: at the end of 2015, a stunning $600bn.

You’d think that Trudeau’s anti-austerity pledge, so crucial to his election, would have meant putting our hands on some of these obscene corporate profits. It has taken scarcely a year for the facade to fall away. He has barely shifted Canada’s taxation structure—meaning government revenue, which could be the engine of a bold economic transformation, remains at the lowest since the post-WW2 period. And now, none other than Donald Trump has introduced a privatization infrastructure bank proposal strikingly similar to Trudeau’s. Will even that not make the Liberals blush?

Those of us who anticipated and warned that Justin Trudeau would continue such policies were shouted down. But privatization, deregulation and downsizing in the scope and spending of the state: this is the neoliberal consensus that continues to grip politics across the continent. Donald Trump has become only its most racist and authoritarian expression; Trudeau its most glossy and beguiling.

The transition that Canadians want will require enormous levels of spending—and need to be public and paid for. By strengthening and reinventing the public sphere, the government could unleash a program of mass transit, building renovations, storm barriers, urban redesign and green jobs that reduces emissions, racism and inequality all at once. But pretending the private sector can lead this is a recipe for disaster: their hunger for profits will prevent this transformation from being either ambitious, accessible or fair.

Clear-thinking economists call it privatization. Liberal spin-doctors will call it by some fanciful name. I call it the legalized fleecing of Canadians, a giant corporate giveaway.