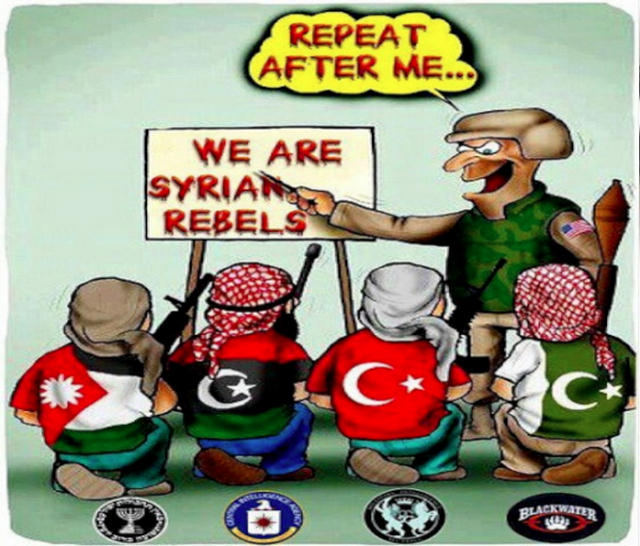 This past May the Mussalaha International Peace Delegation traveled to Lebanon and Syria to speak with Syrians immediately affected by the ongoing conflict, and to discuss the competing discourses within Syria. While Syria remains the focus of international media attention and political debate, it is difficult to gauge the emerging narratives in terms of whose interest they serve, which ultimately reflects the importance of the delegation’s fact-finding mission. Amir Maasoumi was part of the delegation and spoke to Alternatives International Journal about the mission and his experience.

Before recounting the details of the delegation’s mission, Maasoumi stressed, “The conflict in Syria is not a civil war, but rather a proxy war.” There are many competing interests within the conflict, and while the usual suspects argue over intervention, there are some 60 000 foreign mercenaries already fighting in Syria with the support of a number of governments. So the question being posed about potential intervention is somewhat misleading, as there are already several intervening forces operating within the country.

The delegation traveled to Syria through Lebanon, where it visited both official and non-official refugee camps, in order to understand the immediate impacts the conflict has had on Syrian society. The refugee situation is often overlooked, and with over 1.5 million refugees, there should be a greater sense of urgency in prioritizing the human security situation. Maasoumi recounted his experience in Lebanon, stating “the refugee camps lack resources, the process of registration is long and the condition of life is unfit for even animals.” Aside from deplorable refugee camp conditions, there have been cases of organ trafficking in Turkish camps and what amounts to sex trafficking in Jordanian refugee camps. Another human security issue deals with internally displaced people, which is numbered at 6 million and has swelled the population of Damascus to 10 million people from its usual 4.5 million. Maasoumi mentioned that most of the internally displaced people “are not in rebel-controlled areas, which indicates where people feel more safe.”

Having met with religious and community leaders, as well as many activists working with a variety of organizations, the delegation went to Damascus to open a dialogue with Syrian government officials. “They certainly met us with what can be considered the official narrative” Maasoumi recounted, “but we also presented them with a list of 76 political prisoners, asking that they be set free as they had not committed any real crime”. The government has since released 40 of the 76 political prisoners in what can be considered a peace offering of sorts. This gesture reflects the sentiment expressed by all Syrians the delegation met with; namely, that the violence has to stop, and that there needs to be some sort of resolution. Despite this, the violence continues, and the government cannot stand on one gesture as if it’s a call to ceasefire.

Part of the question regarding foreign intervention deals with the opposition forces in Syria. Speaking to some of the opponents of the regime gave Maasoumi the impression that “their movement has been hijacked” and that “the spirit of the revolution has been lost.” It seems as though Syrians are unhappy with the rebels and compared to their present situation, are starting to see the Assad regime and its paternalistic and authoritarian rule as the better of the two options. Sure there’s a strong desire for more political openness, but not at the cost of losing social and religious rights, which just might be the case should some of the rebel factions take control of the country. It’s a very complicated situation, and that’s why it’s hard to take the mainstream media’s narratives at face value. An example of this has been the allegations of the government forces use of chemical weapons, which Maasoumi insists is something that no one he spoke to in Syria knew about. It stands out as an excuse for intervention, backed by the Western belief that a victory for Assad is a victory for Iran, which just can’t happen.

Having witnessed the Syrian conflict first-hand, Maasoumi believes that “things should be resolved among Syrians, who are tired of the lose-lose situation they find themselves in.” Both sides are looking for a way out of the conflict, but foreign intervention would be more of the top-down style of rule that Syrians are trying to break free from. Maasoumi believes there can be a win-win situation of resolution for Syrians, but fears that foreign intervention is inevitable, which will contribute to an already very intricate situation. The kind of foreign intervention he calls for is mediation and facilitation: pacifying forces. Until then, like the delegation, Maasoumi advises those outside of Syria to “show solidarity with the cause of peace in Syria.”

Learn more about the Delegation’s trip to Lebanon and Syria here.