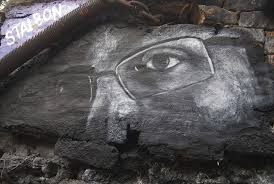 One year ago this June, Julian Assange was granted political asylum at the Ecuadorian Embassy in London. However, the anniversary of his stay at the embassy had to share headline space with Edward Snowden’s scandalous leaks about the US government’s NSA program, and also with the anticipation of Bradley Manning’s trial.

At a glance, the United States appears to be a country that is historically sympathetic to whistleblowers. The False Claims Act of 1863 encouraged and rewarded individuals who spoke out against corporations supplying dishonest information to the government. In 1989, the US passed the Whistleblower Protection Act, which claims that whistleblowers ‘serve the public interest by assisting in the elimination of fraud, waste, abuse and unnecessary Government expenditures’. This bill was, however, put on hold as of December 2011.

It is also impossible to forget the famous right of Free Speech, which all American citizens are entitled to.

The cases of Edward Snowden and Bradley Manning, however, make it clear that there is a line – which they have both crossed – between what the US government considers to be a democratic right to freedom of speech and divulging dangerous information to the public.

Manning is responsible for leaking the largest collection of classified information in history to Wikileaks, with most of it focusing on the Iraq war. Many have ascribed the Arab Spring to the information that he made public about US involvement in the Middle East.

His trial began on June 3 and he has pleaded guilty to 10 of the 22 charges made against him. Espionage and ‘aiding the enemy’ are charges that Manning is currently fighting to prove his innocence against. The prosecution argues that when leaking classified information to the public, this public includes Al Qaeda. Even if Manning did not intentionally share top-secret US information with Al Qaeda, the prosecution argue that it is still a crime, and that Bin Laden had Wikileaks documents in his possession when he was killed that came from Manning.

However, it has been pointed out that aiding the enemy is a controversial charge that could be used to criminalize journalists’ sources, and many are skeptical that Col. Denise Lind, who is judging the case, will find him guilty of it.

Alongside waiting for the verdict of Manning’s trial, the whole world appears to be waiting to hear about where Edward Snowden will appear next, and which country (if any) is going to grant him political asylum.

Snowden is currently on the run from the Obama administration’s wrath, trying to escape potential charges of violating the Espionage Act by leaking confidential documents revealing the NSA’s controversial surveillance programs.

While the US was quick to clarify that it is not spying on - or recording phone conversations of - innocent American citizens, Snowden claims that the NSA surveillance programs could enable him to gather highly private and personal information of virtually anybody he wishes to from his former position as an NSA contractor.

The BBC published a guide in response, detailing to readers exactly what ‘spooks’ can find out about them as innocent individuals.

While there was an initial uproar about the possibility of US citizens being spied on, the fact that people in other countries may fall under the NSA’s radar seemed to be left out of the debate. This was up until Snowden leaked information on the US bugging European agencies and offices. Obama is now busy with rapid damage control to avoid souring relations with the EU.

Europe, however, appears to be short tempered, demanding an immediate end to any alleged spying. ‘We are no longer in the Cold War’, said Angela Merkel’s spokesperson Steffen Siebert.

Snowden has also been disappointed with the media response to his leaks. “Unfortunately, the mainstream media now seems far more interested in what I said when I was 17 or what my girlfriend looks like rather than, say, the largest program of suspicionless surveillance in human history,” he told The Guardian.

The public’s perception of whistleblowers ranges from seeing them as heroes to heretic. Whistleblowers’ fates, however, all seem to be similar: heavy prison sentences.

It is fair to believe that the government must keep certain information hidden from the public for their own good, and this is the view typically held by those who see Snowden, Manning and Assange as troublemakers and egomaniacs. However, when Manning is being nominated for the Nobel Peace Prize, there appear to be too many contradictions to make sense of.

Venezuelan President Nicolas Maduro touts Snowden as a deliverer of much needed truth: "We think this young person has done something very important for humanity, has done a favour to humanity, has spoken great truths to deconstruct a world … that is controlled by an imperialist American elite."