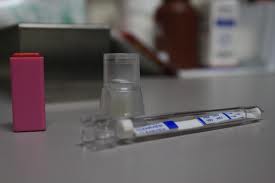 According to the 2012 UNAID report on the AIDS epidemic, about 34 million people are living with HIV, the virus that causes AIDS – with 2.5 million new infections each year and 50 percent of those infected unaware of their status. The virus has had devastating effects in the developing world, particularly in Sub Saharan Africa, and has led to massive restructuring of medical, economic and social approaches in the past decade. The big tragedy and hope about HIV is that while it remains incurable, it can certainly be controlled – starting with early diagnosis. The rapid HIV self-test is a new tool in our fight against HIV and with continued development in its implementation and feasibility, it can be a powerful weapon against the HIV epidemic.

Self-testing technology has improved in the past few years, and can be conducted with 98 percent sensitivity and 99 percent specificity. This technology allows at-risk individuals to conduct a test for the HIV antibody using an oral fluid sample and receive a preliminary positive or negative result within the hour. While confirmatory testing would still be required, the implications of an in-home oral testing kit that provides information about HIV status has intrigued researchers, activists and governments.

Research on supervised and unsupervised HIV self-testing demonstrates that HIV self-tests have high acceptability among different populations and surveys of participants support having the technology widely available (source: PLOS Medicine). While all relevant studies caution that more research and trials are needed, the potential impact of rapid self-tests on high-risk communities is a potential game changer.

The benefits of the HIV self-test include the privacy, confidentiality, and flexibility of a rapid test. Undoubtedly, education and socio-economic differences across countries have an effect on the successful implementation of the self-test and further work is needed in constructing suitable models for different settings. Developing areas have been one of the primary settings of research on the self-test and factors such as discrimination and stigma have been noted as reasons why people often do not seek testing and treatment . In these situations, the discretion of unsupervised self-testing is a benefit, which empowers individuals to take the initiative to find out their status. Dr. Nikita Pant Pai is a leading clinical researcher at the Research Institute of McGill University and her team has noted that, “In some African countries (e.g., Uganda), there is evidence to suggest that the home-based testing and counseling approach employed with oral tests has not only increased the uptake of testing, but also led to better utilization of available healthcare services with a decline in HIV prevalence.” Of course this discretion has its own costs. HIV data for statistics purposes would be less available and individuals could abuse self-testing, using it as a confirmation to engage in risky behaviour and underestimate the HIV disease burden.

Another potential benefit of the technology is for individuals facing more immediately pressing factors such as poverty, particularly in low-resource, high-risk communities. These individuals can have a lower self-perception of their risk and be less likely to go to a clinic and get tested. The ease of a 20-40 minute, non-invasive test means regular testing can be incorporated into individuals’ routines, leading to a healthy, long life of proper care, etiquette and self-awareness about your serostatus. Even in cases of a positive result, the technology is novel as individuals with an early diagnosis have excellent chances of keeping the virus at low levels with adequate access to treatment and counseling. In supervised settings, where individuals perform the test in the presence of a health care professional, individuals can be immediately referred to counseling and treatment within the same day. This is particularly beneficial in communities where the conventional testing process of waiting for days or even weeks for lab blood results can be the deciding factor on whether individuals go and seek testing or not.

The main evidence gaps with the self-test technology lie in its linkage to the healthcare system and how to bridge the gap between individuals who self-test in an unsupervised setting and how to assure they receive treatment after. Even in cases where rapid self-testing is supervised, the funding and accessibility to appropriate treatment is still lacking in many communities.

The economic benefits of the self-test must also be noted. Self-tests are more affordable than laboratory testing. Pant Pai notes, “cost will be a decision-making criteria for individuals considering self-testing.” OraQuick, a rapid self-test which has recently been approved by the FDA, costs approximately US$17, and while this cost has been a source of criticism, the oral self-test means lower healthcare costs due to less laboratory testing and biohazard disposal of testing materials such as needles and blood. However, lower costs also mean competing economic interests are now in play – laboratories and lab-tech industries would have to adapt to this new technology or potentially face reduced revenues from HIV testing.

The full potential of the rapid HIV self-test remains to be seen. What can be agreed upon is the importance of continued development of new approaches to fighting the HIV epidemic. A non-invasive, rapid test that delivers results in-home is a step forward.