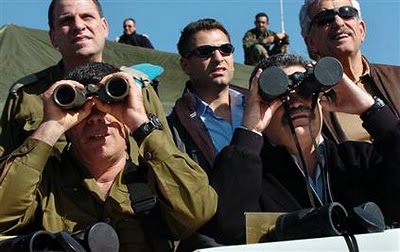 Israel, Jewish youth, and the War of the Words

Carefully placed on a round table in the lobby of the Sheraton Hotel in downtown New Orleans lay a number of special edition Jewish Federations of North America General Assembly (GA) Ha’aretz newspapers. Inside, an article highlighting the Chairman of the Jewish Agency’s rebuttal to a controversial piece written by City University of New York Professor Peter Beinart entitled “The Failure of the American Jewish Establishment.”

Beinart’s article asserts that young Jews are becoming more detached from Israel due to the silencing of criticism. This issue had heavy undertones throughout the 79th GA.

Pollster Frank Luntz, the self-proclaimed “word-doctor” who is mentioned at the beginning of Beinart’s article, draws on focus groups to determine what kinds of rhetoric work and what kinds do not. He has become internationally renowned in his trade, having won awards by Time magazine, Business Week and the Washington Post as well as being interviewed on nearly every major American television network. Such Fortune 100 companies as McDonalds, General Motors and Disney have hired Luntz as a consultant.

Last year, a document was leaked to Politco.com written by Luntz advising another one of his employers, the US Republican Party, on how to win the healthcare reform debate. Using simple vernacular and a dumbed-down approach, Luntz recommends words, phrases and general attitudes in a 28-page booklet called The Language of Healthcare 2009.

In the how-to booklet, Luntz suggests compiling a list of problems with treating “diseases that touch the most people in the most personal ways, like cancer and heart disease,” in Canada and Great Britain. This “personalizes the harm of government-run healthcare in a powerful way,” writes Luntz. He advocates using “words that work” to change the debate and quell criticism. In other words, he is a spin-doctor.

In 2003, Luntz was hired by The Israel Project (TIP) to conduct focus groups to find out what Israel can do to improve its image in the world. As Beinart points out at the beginning of his New York Book Review article, Luntz diagnosed what TIP feared – young American Jews are disconnected with Israel.

The word-doctor devised a plan to remedy this problem by creating a 116-page document to teach readers how best to defend Israel. Luntz briefly summarized the TIP document, called The Global Language Dictionary, at a talk at the GA called “Advocating for Israel Online”.

Rule #1, he said, is to speak visually with phrases like “learn to live together” or “learn to live side by side,” when referring to the Middle-East conflict. He continued in a controlled manner, firing rules, phrases and “commandments” on how to win debates about Israel.

On the large screen to his right, Luntz pulled up a video of Israeli prime minister Benjamin Netanyahu’s most recent speech from the White House lawn where he proceeded to praise Netanyahu’s use of alliterations like “partners in peace” to sway listeners.

A young Zionist in the audience stepped up to the microphone during Q&A and asked Luntz about the best way to defend Israel on a university campus– a location viewed widely at the GA as a hotbed for anti-Zionist sentiments. “Establish the framework,” suggests Luntz. By asking if someone believes in Israel’s “right to exist” as a Jewish State, “you learn where they stand,” right from the start.

Over 600 students participated in the GA. In conjunction with the larger conference, a small seminar of about thirty students called Do The Write Thing taught young journalists how to use their writing to support Israel.

USD Hagshama, the university and young professional’s division of The World Zionist Organization, hosted the journalism workshop. One exercise invited volunteers to come to the front of the room to comment on a picture of former Israeli Defense Minister Amir Peretz monitoring an Israel Defense Force drill. After looking at the drill, Peretz turned around and gave the thumbs up that everything was good. There was only one problem— the covers were still on his binoculars. This picture was clearly not good PR for Israel, the speaker said, before asking volunteers to spin the situation to make it positive. The answers could not help but look at the comical side of the situation as spinning it any other fashion proved to be an impossible task.

During another lecture at Do the Write Thing, Yigal Caspi, Deputy Director General for Media and Public Affairs at Israel’s Foreign Ministry, told the thirty young students that the best way to deflect criticism of Israel is to “promote the good side of Israel.” This includes talking about Israeli innovations like cell phones and technology for social networking.

Caspi is a press relations professional, his job is to defend Israel from critics, especially from the over 800 journalists within Israel itself. But spin-doctors like Caspi are often considered enemies of journalism as information goes through these gifted speakers instead of straight from the mouths of power-brokers and politicians.

From the comedy of the Peretz binocular gaffe to the tragedy of the Gaza flotilla interception, Israel is no stranger to negative PR. Caspi admits that in the past press relations for Israel have had their holes, blaming his office’s meager means in comparison with the inflated budgets of multi-national corporations like Pepsi.

But it was precisely the institutionalization of PR, spin, and what Rae Abileah sees as “silencing dissent” that pushed the young activist to what she confessed was a “last resort” as she and four other young Jews stood up, one after the other, in the middle of Netanyahu’s speech at the GA with banners calling occupation, settlement construction, the siege of Gaza, the proposed loyalty oath, and silencing of dissent de-legitimizations of Israel, “We have written hundreds if not thousands of letters to Congress, to the Israeli Embassy, we’ve visited these offices, we’ve called, we’ve written op-eds, and letters to the editor. Traditional tactics are not working so we go to direct action to make a point and to get into the limelight.”

The member of Jewish Voice for Peace and Code Pink: Women For Peace thinks that what the TIP may see as defending Israel runs contrary to both Judaism and democracy, “On one hand, the Jewish values we’ve grown up with— Tikkun Olam and social justice and all of this identity of the religion— and then on the other hand the political reality of Israel and the fact that we are taught not to make any comparisons between the two. This is like a don’t-ask-don’t-tell situation.”

Abileah has a history of direct action having done similar demonstrations against Netanyahu and Shimon Peres at AIPAC the last two years. Her goal is not to transform the vision of Israel in the eyes of Israel’s staunchest supporters, but rather “to reach a lot of the young people, to spark a discussion and a dialogue.”

Something that Abileah has in common with TIP is that she too thinks the media is biased, but rather in support of Israel, “It wasn’t a media stunt,” she said about disrupting Netanyahu’s speech, “but unfortunately sometimes the media is so biased these viewpoints don’t get into the media very often.”

Speaking the following day after the demonstration, Luntz said that Abileah and the other protesters “practiced silencing” Netanyahu, which is the polar opposite of what they say they were attempting to prove by protesting against the obstruction of criticism.

When asked if she believed in Israel’s “right to exist,” Abileah replied:

“It’s not about that, it’s a country. It’s been a country for sixty years. No one can go back in time and reverse that.” She went on to apply the same question to her own country. “Do I think the US has a right to exist after annihilating the native-American people? I don’t know, but that’s not a point that I want to negotiate because it’s been hundreds of years.”

“Expect more of this,” wrote Beinart, the man who kicked off the debate on the state of mind of young Jews, as he re-tweeted the news about the protest while it was happening. Whether or not Beinart will prove correct remains to be seen, but judging by the tone of the GA, it is a trend that the North American Jewish establishment hopes it can effectively combat by winning the war over words.

Joel Balsam is a freelance journalist and student at Concordia University.