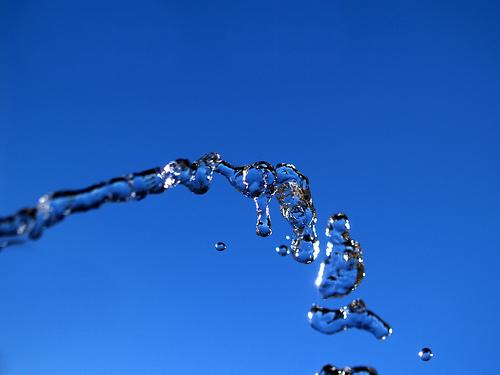 So That All May Drink

The Right to Water

After years of grassroots pressure, the UN General Assembly will debate a resolution on the right to safe and clean drinking water and sanitation.

Maude Barlow, former senior advisor on water to the president of the UN General Assembly, has described the lack of access to clean water as the “most violated human right.”

Currently, 1.2 billion people have no access to safe drinking water and 2.6 billion live without proper sanitation. Every eight seconds a child dies from preventable waterborne disease.

The Universal Declaration of Human Rights, adopted in 1948, does not explicitly recognize the human right to water, an omission which is overdue for redress. As climate change aggravates water scarcity and contamination, advocates say that a specific resolution on water is essential to protect the most vulnerable.

At press time, many states, most notably the United States, Canada, New Zealand, Australia, and England, oppose the human right to water and sanitation resolution. The vote is likely to follow a North-South split, with the co-sponsors predominantly from the South.

Anil Naidoo, coordinator of the Blue Planet Project, called the vote “hard to predict as there will be procedural wrangling and amendments to block passage. But we have seen substantial vote-shifting with 34 co-sponsors and more coming on board. We are heartened by grassroots support for the resolution.” Naidoo lamented that opposing countries tend to be the highest per-capita water consumers, with virtually all their citizens enjoying the rights they seek to deny the world.

Opposition to this resolution is increasingly hard to justify as the grave nature of the global water crisis threatens water consumers everywhere, and General Assembly resolutions are non-binding political statements. Guaranteeing sanitation, however, represents an area of concern for some states, despite the Millennium Development Goals mandate to reduce by half the number of people without sanitation.

Although winning the right to water will not guarantee that the globe’s ecosystems also receive their fair share of water, Naidoo feels that “this resolution would be an important step in a radical rethinking of how our water commons around the globe are managed.” Currently, Bolivia is building similar UN support for a resolution on the rights of Mother Earth, which would seek, among other goals, to ensure that the world’s watersheds must remain healthy.

Readers are encouraged to influence decision-makers. One way is to pressure the U.S. ambassador to the UN to support the resolution. The other is for elected officials from around the world to sign an Open Statement to the Member States of the UN General Assembly.

Daniel Moss is the coordinator of Our Water Commons and a contributor to Foreign Policy In Focus.