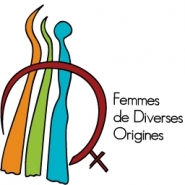 Feminists of the World, Unite!

I recently had the honour of joining Montreal’s Women of Diverse Origins as a volunteer for the upcoming Montreal International Women’s Conference (MIWC). Hosts and organizers of the conference, Women of Diverse Origins (WDO) Montreal are a collective of grassroots women’s organizations from a dozen different cultural communities in Montreal and have been organizing events and speakers around International Women’s Day for the past nine years.

In honour of the 100th Anniversary of International Women’s Day, the Montreal International Women’s Conference (MIWC) will be held from August 13-16, 2010 “For a Global Militant Women’s Movement in the 21st Century”. It will bring together women from four continents and 19 countries, including farmers, politicians, refugees, doctors, displaced people, migrants, and intellectuals— all of whom are women involved in the struggle for women’s equality and social justice.

The conference has two stated objectives; first, to look back on the last 100 years of the women’s movement and to recognize its achievements (small and large) as well as to assess its setbacks and challenges; and second, to develop an International Women’s Alliance with a community-based focus.

According to Tess Tesalona, WDO organizer, the two biggest challenges have been conceptualizing the project and funding it. First, the conference is international in scope; the women come from vastly diverse contexts dealing with key issues of land ownership, migration, and violence against women. After several months of debate, these ‘Concepts’ became the basis of unity for the conference.

And as for funding, well, we know how that works…

The non-registered status of WDO complicated matters further so we had to rely on smaller donations from many sources. Difficulties in funding meant that a registration fee was unavoidable to cover the basic costs of the conference and to help fund the transportation of some 25 speakers coming from southern countries.

Charging registration seems to contradict the idea of community-based participation but Tess hopes this obstacle can be turned into an incentive for organizing, "We encourage women to raise money for the registration collectively, and we have offered special group rates to allow the mass membership of local women’s groups to attend. We encourage other women to join with an already-existing group to benefit from lower rates, and to share buses, car-pool, and to send delegates."

And women are doing this. The group Pinay Sa Seattle, for example, will lead a caravan from the U.S. Northwest to Montreal. We also have a very active organizing committee in Toronto whose delegation will include women workers, migrants, union representatives, solidarity groups and community organizations. Groups from San Francisco and New York are also combining efforts to bring their delegates to the conference.

My conversation with Tess ended on this note— with great challenges comes the potential for great rewards. I asked Tess what kind of message she and WDO hoped to spread.

First, she told me that we must find the links between local and global struggles, and flesh out the ways in which we can use these links to support and reinforce each other. She emphasized the importance of international relations, pointing out that capitalists know this very well.

International meetings, such as the G20 that was held at the end of June in Toronto, are massively funded by our governments, and this is where policies are implemented that affect the lives of all of us, yet where is our voice within this process?

It is very important that we think about this question. We must aim for real, concrete, and practical actions that will help to build the structures and policies we hope to see in our local and global communities. To quote Tess, “We cannot just talk into the air.”

Speakers will cross generations, from elders like Edith Ballantyne, a veteran of the international women and peace movement, to youth like Eni Lestari or Anick Sioui. This conference will bring together women with much to share and eager to learn from one another. It is a unique opportunity to hear from the front lines of women’s struggles around the world.

Hence, as women from around the world come together in Montreal August 13-16, join us and join each other. Join a group, make a group, and come together locally and globally— for a radical global women’s movement for the 21st century!

Please see their website for the list of workshops and biographies of speakers. These are being updated every day, so keep checking.

Jodie Beck is a Ph.D. student in East Asian Studies at McGill University. Ms. Beck is specializing in contemporary Japanese fiction, and her research interests include globalization, neoliberalism, nationalism, and gender studies.