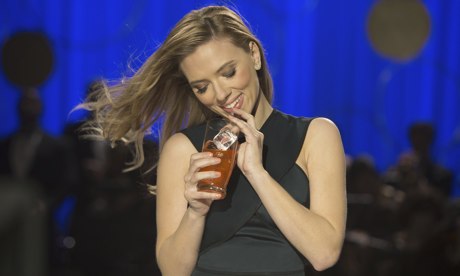 Thanks to the star’s involvement with the Israeli company, illegal settlement activity is under increased scrutiny

Global charities seek global ambassadors to help them raise the profile of their work. Simply doing their best to stem the tide of suffering is not enough to gain potential donors’ attention. But if a celebrity goes among the poor on behalf of the charity, the media flocks to cover the story – or at least the fact that the celebrity is there. The nuts and bolts of inequality are often overlooked, but the charity gets its name in print or on the television. This is the sorry state our humanism has reached.

It is precisely because of this that Oxfam, founded in Oxford in 1942 as Famine Relief, turned to the actor Scarlett Johansson in 2007 to become its global ambassador. She travelled to Oxfam projects, something that provided photo opportunities for herself (as a caring artist) and for Oxfam (to shine a light on the important work that the charity does).

In January, Johansson was appointed the brand ambassador for SodaStream, an Israeli company that produces machines to carbonate beverages. SodaStream’s factory is located in the Israeli settlement of Maale Adumim, near Jerusalem.

Israeli settlements (including Maale Adumim) are built on land seized from the Palestinians during the 1967 war. By the standards of the Geneva convention, the Rome Statute and the international court of justice, they have been developed illegally by Israel. Israel has thumbed its nose at international law and continued to build its settlements, including industrial parks such as the one that houses SodaStream.

The European Union has called the E1 parcel of land that Israel plans to build on, extending from Maale Adumim, a violation of international humanitarian law. Johansson, in other words, had become the face of illegal Israeli settlement activity.

Johansson’s new job posed a serious problem for Oxfam. The charity has over the years taken a strong position against Israel’s illegal settlement construction at the same time as it has worked to deliver much-needed goods and services to the encaged population in the occupied Palestinian territories. In a powerful briefing paper from 2012, Oxfam called on Israel to "immediately halt the construction of all illegal settlements" and end "policies and practices that are illegal under international law and harm the livelihood of Palestinian civilians".

Maale Adumim is built on the rubble of the Palestinian villages of Abu Dis, Al Izriyyeh, Al Issawiyyeh, Al Tur, Khan al Ahmar and Anata – names that exist now only in the memory of their displaced residents. How could Oxfam retain its global ambassador when her new job would undermine its principles?

Pro-Palestinian activists began to put pressure on Oxfam and Johansson to make a simple choice – either she break her contract with SodaStream or Oxfam would have to cut itself off from her complicity with settlement activity.

Within the US, the question of the boycott of Israel has become an important political issue, with the vote by the American Studies Association – and other scholarly bodies – to sanction Israel for its illegal occupation, an occupation that has been backed by US political, diplomatic and financial power. Several US lawmakers wish to make any talk of a boycott of Israel illegal within the US. In this context, it is understandable that Oxfam America had to tread lightly. Any link between the Johansson fiasco and the Boycott, Divestment and Sanctions (BDS) campaign would bring Oxfam America into this toxic environment. Eventually, good sense prevailed and Johansson cut her ties to Oxfam.

Small as it may seem in the context of a long battle, the Johansson affair is one more piece of evidence that illegal Israeli actions in the occupied Palestinian territories are being increasingly held up to scrutiny. There is no longer impunity for those willing to associate themselves with it.

Patience has run out and an honest debate on western support for Israel at all costs is now on the table. This debate is better than silence, or than celebrity airbrushing of deep-seated problems. I welcome it.