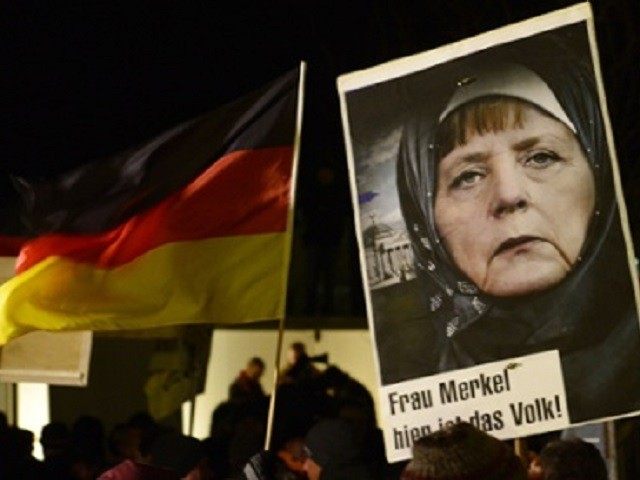 Rifts, Racism, and Refugees: The German Elections and the Syrian Refugee Crisis

Reactions to the refugee crisis have varied throughout Europe, and have led to a particularly polarized political landscape in Germany. As is well known, Germany has become one of the epicenters for the dispossessed amidst the chaos of the refugee crisis. Chancellor Angela Merkel had embraced an open-door policy with regard to refugees seeking asylum, and Germany opened its arms to over a million refugees, primarily from Syria and Iraq.

Yet attempts to foster and encourage Wilkommenskultur (‘welcoming culture’) have not been without political backlash. As the pressure of the refugee crisis throughout Europe continues to build, more and more countries have opted to close their borders. While Merkel’s open door policy has been publicly criticized by Hungarian president Orbán, Merkel is simultaneously praised as progressive and compassionate by others in the international community.

The political rift over the migration issue continues to widen—both internationally and domestically. Within Germany, anti-immigrant political movements like Pegida have risen in Dresden, while anti-Pegida movements have responded to stand in solidarity against European Islamaphobia. This rift between pro- and anti-Pegida movements seems to encapsulate the increasingly polarized political landscape of Germany, as the refugee crisis has taken center stage in Europe.

Many Pegida supporters have declared their open hostility towards German Chancellor Angela Merkel, and this new political wave has had significant electoral consequences as well. With over 1.1 million refugees entering the country in the past year, the devastating terrorist attacks in Paris and Brussels, and mass sexual assault on New Year’s Eve in Cologne, the political landscape in Germany has shifted.

A new party called Alternative for Germany (AfD), founded in 2013, has gained much traction. Though the party was originally founded by an economics professor, Bernd Lucke, with a focus on opposing a single EU currency, the AfD has recently risen in the polls after both its leader and ideology changed. The AfD is now led by Frauke Petry, who won public support with anti-immigrant rhetoric. The party has emerged as a strong opposition party to Merkel’s Christian Democrat Party (CDU) and as a strong critic of Merkel’s open-door policy. The AfD has campaigned under the slogans “secure the borders” and “stop the asylum chaos”.

The rise of the AfD is largely due to the emergence and mobilization of new voters, rather than a result of disillusioned voters switching parties; this trend reveals growing political polarisation in Germany. The AfD primarily focuses on campaigning against the government’s refugee policy, as the parties call for the reintroduction of border checks, a referendum on Transatlantic Trade and Investment Partnership (TTIP), and immediate suspension of sanctions towards Russia.

The AfD’s focus clearly aligns with certain aspects of the Pegida movement, since the Pegida movement also calls for stricter enforcement of asylum and deportation laws in Germany. As pro-Pegida demonstrators have chanted “we don’t want Mosques in Dresden” during rallies, an extreme branch of the AfD party in Lower Bavaria has recently proposed a new policy document that calls for the closure of all mosques in Germany, expressing that mosques promote the spread of Islamic teachings directed towards the removal of “German legal order”. Though not all members of the AfD party publicly support this extremely controversial document, the proposal of the document itself and its demonization of Islam reveals how intense and dangerous the anti-immigrant and anti-Islam sentiments of both the party and its supporters truly are.

The intensity of Islamaphobia in Germany cannot be understated or overlooked, as the AfD continues to gain serious momentum. The party’s electoral success in the federal state parliaments has tested the continued standing of Merkel and her progressive policy toward refugees. In Saxony-Anhalt, the AfD secured 24.2 per cent of the vote and is now the second largest party. While still trailing behind Merkel’s CDU that won 29.8 per cent, the AfD has taken the lead over the Social Democratic Party (SPD) in both Saxony-Anhalt and Baden-Wurttemberg.

However, both the SPD and the CDU have won major successes in Rhineland-Palatinate, and the CDU and Green Party have both had success in Baden-Wurttemberg. Some of the recent success of the Green Party over CDU can also be attributed to Merkel’s refugee policy. Thirty per cent of voters who switched their vote from CDU to the Green Party said that their decision was based on the refugee crisis. Moreover, according to a survey conducted in February, 81 per cent of Germans feel that the refugee crisis is “out of control” under Chancellor Merkel’s leadership.

Despite political polarization over the refugee issue, Merkel has remained firm on her stance with regard to the refugee crisis. Many believe that Chancellor Merkel is failing to administer the crisis, though her supporters claim she has stood by the EU principle of freedom of movement and remained strong in the face of increasing political resistance to the influx of refugees. As with any crisis, administration is tricky and volunteers are stretched on resources; however, the open-door policy is a testament to how we must not turn our backs on those displaced by conflict, imperialism, and civil war.

The political backlash to the refugee crisis has polarised the political landscape in Germany, as Germans simultaneously rally for and against Merkel’s open-door policy. The recent EU-Turkey deal, which paves the way for countries to close borders and illegally force refugees to return to Syria combined with the xenophobic, Islamophobic European reaction to the refugee crisis has created a political space in which parties like the AfD have found electoral success. In the wake of these developments, civil society and political leaders across Europe must continue to stand in solidarity with refugees and to pressure their governments to welcome refugees seeking asylum.

It is in times of crisis and massive shifts in political, economic, and social landscapes that the strength of democracies to uphold their own values are most tested, and the strength of racist political rhetoric must be confronted. Though political polarisation continues to increase, it is important to remember that closing borders and building walls does not open doors for the future of the globe.