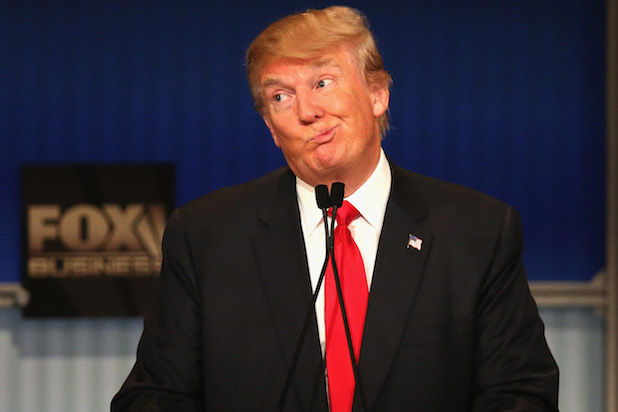 USA Elections 2016: Violence and Currents and Why We Should Worry

When we think of Donald Trump, and the possibility of violence that comes with his candidacy, we might be thinking of what a normal American is and isn’t. What we (the collective we that encompasses so much difference) fear is the narrowing of that pronoun. The we should contain multitudes, and must not be a singular representation (probably white, probably middle-class) of what America is. Donald Trump’s fear-mongering over difference isn’t a new political tactic – the same violent opposition of values bear a striking resemblance to early segregations.

Consider a long quotation from a policy advisor to Richard Nixon – John Ehrlichman – regarding the push towards law-and-order during Nixon’s administrations: “We knew we couldn’t make it illegal to be either against the war or black, but by getting the public to associate the hippies with marijuana and black with heroin, and then criminalizing both heavily, we could disrupt those communities . . . Did we know we were lying about the drugs? Of course we did.” Ehrlichman admitted the underlying racist prejudice beneath Nixon’s supposed push towards domestic safety. Stated in a 1994 interview, the remark referenced a choice made during the height of white suburban flight from the mainly African American downtown cores of cities, the Vietnam War, and general civil unrest. Everything is political, including the motivation to normalize or disenfranchise certain opinions. Violence and criminalization of beliefs due to simple difference is not a new American idea.

History, then, begins to explain Trump’s expressions of national anger masked as care for the common citizen. In an article examining the basis for “law and order” politics in America, Julia Azari wonders whether “Trump’s deliberate choice of words have raised urgent questions about whether he is making a similar racialized appeal” to his Nixonian forbearers. After all, the origins of law-and-order right wing intention stemmed from “an effort by the losers of the civil rights struggle to redefine the policy debate.” Could the Trump supporters simply want a seat at the table, facing another liberal Supreme Court Justice, further codification of Obamacare, and the striking of abortion and discriminatory gay marriage state laws at a near unprecedented pace? Could the country be changing, however correctly, too rapidly for some citizens who feel ignored?

As Azari astutely notes, many of the similar late 1960s fears are present (Black Lives Matter protesters riling up old racist ideologies of safety, the never-ending War on Terror inspiring the right-wing equivalent of anti-Vietnam sentiments), slowly pressurizing into a violent bravura of misshapen value politics. The fear then falls on the man – Donald Trump – as the leader of a voracious rabble possibly out for vengeance against widening diversity, or anything that doesn’t match a lily-white patina of American ideals.

However, maybe the crowd drives the madman as much as his influence excites the mob. Maggie Koerth-Baker investigated the concept of emotional contagion – “our tendency to unconsciously mimic the outward expression of other people’s emotions (smiles, furrowed brows, leaning forward, etc.) until, inevitably, we begin to feel what they’re feeling” – and how it relates to national politics in a recent FiveThirtyEight article. Her findings, in trolling the multiple studies conducted on the topic, were illuminating if incomplete. Only two full-course studies, one from 1990 and another from 2006, followed the inverse relationship: how a crowd could influence a leader’s expressions and emotions. Both studies revealed something seemingly obvious, but nonetheless chilling – the herd could just as easily control the pack leader. In Koerth Baker’s words “Trump’s use of violent rhetoric isn’t just something he’s forcing on an easily manipulated mob. They respond to him. But he also responds to them.”

Emotional contagion was originally studied under the auspices of corporate America. It was, as Koerth-Baker notes, a way to examine the nature of power relationships, a basic top-down structure in the office environment. Bosses directed workers and workers, in some form, found emotional impetus in their bosses’ behaviors. Reversing the current didn’t seem a very fruitful avenue of study.

However anecdotal two studies and one windbag leader might be, the results of this emotional transference could be devastating. The 1970s saw a tacit criminalization of a whole class of Americans, of a whole way of life and a whole alternative politics. The causal aftershocks of entire generations in jail or economically disadvantaged is still felt today. Trump’s violence, or maybe the violence of his supporters, is much less tactically savvy. Theirs is the brute force approach of a SWAT team, of a border wall, and of a moneyed and distracted solution to institutional problems. The problems of a nation are not solved by pitchfork and torch.

I normally dismiss the threats of widespread violence. This is a token of my own white privilege, but also a fundamental optimism in the collective ‘we’. We wouldn’t do this, because we all fundamentally want similar things. Every day I watch the highlights of a Trump rally – because what else can these clips be called – I begin to worry more and more. The we of which I was so previously confident is changing, or changed. Possibly I’ve just missed the messages of normalcy in a nation where I do not actively reside. More problematically, maybe even with some trepidation, it’s a nation that I couldn’t live in, for fear of being a part of the excised, a part of what is eventually defined as unwanted or criminal. John Ehrlichman made it abundantly clear: just because something isn’t illegal doesn’t mean it can’t be treated as such.