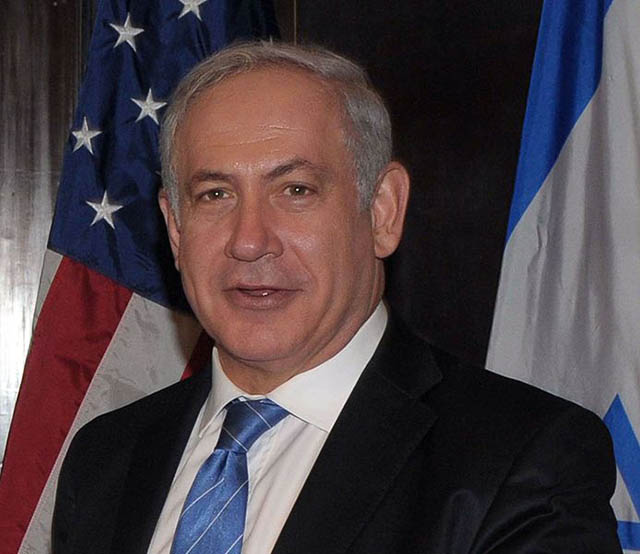 Netanyahu Against The Whole World

Western governments are fed up with the Israeli angry reactions to the agreement between them and the Iranian government. “It is done, and there is no way back”: this is the message they are conveying to the Israeli government, adding that the best for Israel would have been to participate in the international efforts for a final agreement on the nuclear capacities of Iran. According to Haaretz (November 26), Benjamin Netanyahu tried for thirty minutes to convince Barack Obama that he has been fooled by the Iranians. The Iranians’ sole objective, according to Netanyahu, was to gain time in order to develop their military nuclear capacities, in order to be able to destroy not only Israel but the Western civilization as a whole.

What is behind Israel’s anti-Iranian obsession? What makes Netanyahu declare that the US intelligence agencies are not doing their job properly, and that the Israeli Mossad has better information concerning the real Iranian plans? What pushes him to create tensions with the only true strategic ally Israel still has?

The beginning of rapprochement between the West and Iran is not worrying only the Jewish state. Saudi Arabia, too, is extremely worried and, as a result, is strengthening its ties with Tel Aviv. The motivations, however, of Riad and Tel Aviv are not the same. While the Saudis are complaining about the fact that they may lose their place as America’s number one ally in the Golf region and are concerned by the strengthening of the so-call Shia axis at the expense of the Sunni one, Israeli leaders are worried by the eventual disappearance of a global enemy in the region.

Israeli militarism has always justified its wars and heavy armaments by the existence of a global enemy of Western civilization/the free world/democratic countries, and its role as an active defender of the West against whoever was threatening it, whether it is communism, Arab nationalism or Islam. Since the fall of the Shah – a historical ally of Israel – Iran has become the global enemy and “Teheran Delenda Est,” the war slogan of Israeli neo-conservative governments. Losing this global enemy may puts into question the role of Israel in the area and the reason for the massive military as well as diplomatic support delivered by Washington.

“If needed, we will attack the Iranians alone” said Netanyahu. As many Israeli commentators wrote in the past weeks, such arrogant statements are empty words and pathetic threats. However, the harsh words used against the White House by Netanyahu and his team express the great worry of the Israeli leadership from the strategic changes in the Middle East. They may well provoke a military adventure, in Lebanon or Syria, in order to try to stop what seems to be a new spring in the Middle East.