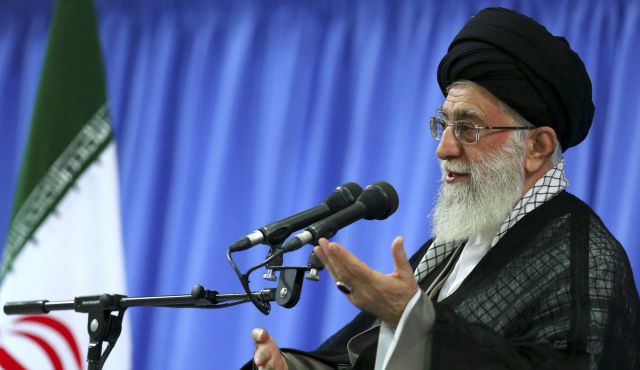 Here’s a new and tempting investment opportunity: The exchange rate of the Iranian rial jumped 2 percent in one day and it is expected that the currency, which lost over half of its value during the period of Western economic sanctions against Iran, will skyrocket in coming months by tens of percent. Money changers in the Gulf states are reporting a frenzy of purchases of rials.

While in Israel they are busy conducting a exacting analysis of the details of the agreement with Iran, arguing over the amount of uranium Iran can or cannot enrich and the exact number of dollars that will flow into its treasury, in Tehran they are examining the agreement in broader terms. It is not the numbers that are important but the new reality that is rapidly being created – and that no one expected.

The most important achievement for Iran is that it succeeded in leveraging its nuclear program into a powerful diplomatic tool. Six powerful countries, and in their footsteps most of the nations of the world, now recognize Iran as a nation with rights; the American president talks to the Iranian president eye to eye; the Iranian regime has won legitimacy as a rational and wise government; and the military option against it is evaporating.

The country has truly followed a long and astonishing path from Britain’s takeover of its oil early in the last century, to its conquest by Britain and the Soviet Union during the Second World War, to the removal in 1953 of Mohammad Mosaddegh in a coup orchestrated by the British and American intelligence services, to the complete dependence of Shah Mohammad Reza Pahlavi on the West.

Iran, which its colonial and neocolonial history, is now facing an international coalition that is sobering up. From a fixated Western view of the religious regime as completely irrational, operating according to orders from God and captive to utterances of a sole leader, the world powers are now willing to agree there is a partner for a deal. The West’s illusion that the economic sanctions would spark a civil revolt which would bring down the regime responsible for those sanctions was replaced by a simple, targeted goal – to stop the regime’s pursuit of nuclear weapons. This shift in strategy, which U.S. President Bill Clinton tried to adopt and which Barack Obama implemented, has turned into the new American ideology: The character of a regime is up to its citizens, while the export of democracy is like the export of the Islamic revolution – it cannot accomplished by coercion.

Iran is not a dream country, not for its citizens and not for its neighbors. Human rights reports, from the U.S. State Department and from international human rights organizations, are packed with hair-raising descriptions and stories of intellectuals, actors, writers, students and poor people who testify how far Iran is from the Western liberal ideal. But not one of those stories brought on sanctions or threats of war. The new strategic vision of the White House is fewer wars, less military involvement – and also less preaching of democracy.

As far as the nations of the West are concerned, Iranian Supreme Leader Ali Khamenei can practice witchcraft or torture thousands of citizens in the name of religion, so long as he separates religion and state when he comes to implement the agreement. This may be the greatest success Iran achieved: The Islamic revolution was recognized as being irreversible, certainly by outside forces. This is the horror now gripping Prime Minister Benjamin Netanyahu: When the regime in Iran turns into a legitimate government, when the threatening veil that makes Iran a nightmare is removed, how is it going to be possible to spread fear? How can we convince people it is an insane regime? Who will believe us anymore that the Shi’ites are the true Satan?

Netanyahu is right. Iran is now creating for itself a new status that will redefine relations in the region. The Iranian nuclear program has already done its job.