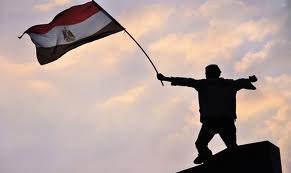 Democracy is a fully loaded word, open to a broad spectrum of interpretations and used to justify what sometimes amounts to contradictory political realities. Indexes that rank countries by the extent to which they are democratic or not reflect the fact that there is very little in the way of consensus when it comes to defining democracy. Nevertheless, democracy somehow serves as a standard that citizens of supposed undemocratic states often strive for, and is ultimately perceived to be the most functional and inclusive of political ideologies.

When the 2011 Arab Spring took the world by surprise with its revolutionary calls for a shift toward more representative and accountable governance, I couldn’t help but think, “Why stop at democracy?” My experience of Western democracy has been tainted by the elite pandering to the elite; trying to turn political power into personal wealth while doing as little as possible in terms of citizen’s interests. If the corruption and human rights violations were to be chased out for good along with the autocratic leaders that perpetrated them, then surely democracy wasn’t the final destination. It seemed like democracy was the lesser of two evils, and that revolutions should strive for much better situations, not ones that are just less bad.

The desire among Egyptians for real change was stronger than any opposition they met, and their revolutionary spirit seemed to have been rewarded with Egypt’s June 2012 presidential elections. While these elections were a landmark achievement for the Egyptian movement, they also served as Egypt’s first lesson in the tough love relationship of democracy. A candidate that doesn’t keep their promises when elected is business as usual for democracies in the West, but it didn’t sit well with the voters of the democratically newborn Egyptian state, who have since refused to accept the gap between the theoretical and practical realities of democracy.

Whether or not Dr. Mohamed Morsi’s ousting was a coup, and whether the coup was democratic or not, is of little consequence to a people who have more theoretical knowledge of democracy than they do practical experience. The West can question the extent of Democracy in Egypt all it wants, but recent events in Egypt suggest that there are questions worth exploring about democracy in general. Elections are not enough, and it is hard to expect a people to revolt just so they can compromise the spirit of their revolution later on. Also, the risk of putting power into the Egyptian military’s hands is one that has been there since Egyptians first took over Tahrir Square in 2011, and may just be another choice between the lesser of two evils that will serve as stepping stones toward the real democracy they strive for.

The international media’s coining of the term, Arab Spring has since proven to be somewhat misleading. Spring implies a quick and natural transition from rebirth toward maturity, while revolutions need time to succeed and become settled. Egypt’s situation probably benefits from the fact that it hasn’t been guided by outside intervention, and should probably remain that way for the revolution to be considered a success. Thinking that elections equate democracy, and that democracy risks being sabotaged by the unsatisfied population that demanded it in the first place, is a little premature.

Egyptians have had their first taste of democracy (albeit, a small one) and it has left a bitter taste in their mouths. Their experience reflects the multitude of ways in which different countries and cultures characterize democracy, and whether or not they accept it for what it may be or demand of it what they believe it to be. The situation in Egypt should serve as a lesson for other emerging democracies and more developed democracies alike. A state isn’t democratic just because it claims to be, and a supposed system of democracy cannot be sustained by implementing certain democratic ideals while disregarding others.

In hindsight, maybe I was wrong to assume that the Arab Spring revolutions were movements toward a Western style of democracy, at least in the case of Egypt. What we are seeing there is a population intent on self-determination, and their relentlessness should inspire the rest of us to reflect critically on our own democracies rather than question the Egyptian path. It would be truly revolutionary if they succeed in achieving the real democracy they yearn for, and it would set a strong precedent for the Arab world and beyond.