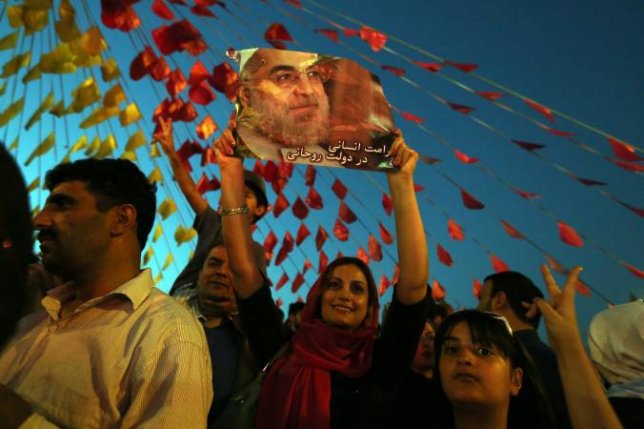 Following the end of the presidential legacy of Mahmoud Ahmadinejad during June 2013 elections, the Islamic Republic of Iran will welcome the moderate cleric Hassan Rowhani as its new president.

Gathering 50.71 percent of votes, Rowhani beat his contenders in a landslide victory. His support from various centrist and left-leaning groups, including the Moderation and Development Party and the Iranian Reform Movement, set him apart from his rivals.

Considering Ahmadinejad’s hard-lined conservative handling of matters on both national and international levels, Rowhani’s moderate stance is largely being received like a breath of fresh air by the Iranian public.

Since the 2009 national elections that culminated in Ahmadinejad’s re-election, an ardent plea for reform on the part of the Iranian people has re-surfaced in the months leading up to the 2013 elections. This shunning of the conservative status quo is reflected in the comparatively low voting scores of Rowhani’s conservative rivals, which included previous Tehran mayor Mohammad Baqer Qalibaf and Iran’s current nuclear negotiator Saeed Jalili, both of whom scored less than 20 percent of votes each.

As an Islamic republic, Iran’s parliament is disproportionately conservative seeing as it is dominated by the authority of the Supreme Leader and the Guardian Council, the latter of which is composed of members chosen by the Supreme Leader. The Guardian Council, moreover, is granted the authority of selecting the presidential candidates during election period, as well as having the power to veto the elected president’s decisions.

The new president’s landslide win was both unprecedented and unexpected by the international community. Taking into account Iran’s uniquely complex theocratic republic that is firmly grounded in the pillars of Sharia law, the possibility for reform and religious moderateness is bound to be met with resistance.

The conservative grounding of the laws and policies that govern the nation are echoed by the Supreme Leader Ayatollah Ali Khamenei as he reassuringly stated that “a vote for any of these candidates is a vote for the Islamic Republic and a vote of confidence in the system”.

Khamenei’s confidence in the system begs the question that many skeptics have raised in light of post-elections optimism: how much reform can Iran’s president bring forth when so many of the strings are pulled by the hands of the Supreme Leader? In considering this, what is revealed is the puppet-like role inherent to the presidential seat, which is all the more true seeing as the presidential candidates are thoroughly screened and vetted by the Guardian Council, prior to elections.

Thus, perhaps moderate and reformist hopefuls, as well as leaders from the Western world, who are anticipating a tide of change to sweep over Iran may need to check their anticipation. As Rasool Nafsi , an Iranian Affairs Analyst at Strayer University, crucially notes “Rowhani is not an outsider and any gains by him do not mean the system is weak or that there are serious cracks. The ruling system has made sure that no one on the ballot is going to shake things up”. In other words, the ruling system has final executive say on matters that concern the military, foreign policy and nuclear energy – the latter two being issues that are of current relevance, and of which the Leader is notoriously obstinate about.

If shaking things up, however, imply addressing issues such as inflation, unemployment, excessive moral policing and the still unresolved conflict with Iran’s nuclear enrichment project – then Rowhani may very well need to analyze things from an outsider’s perspective for the benefit of his country.

Following economic sanctions imposed by the US and the European Union against the energy and banking sectors, the inflation rate has risen to 34 percent – the highest in 18 years. Imports have severely slowed, businesses have become sluggish, investors are pulling out and a growing number of youth are searching abroad for job opportunities.

While the prospect for peaceful negotiations with the West continues to be dismissed by the upholders of the Islamic republic – namely the Supreme Leader and his cohort of clerics – it has been addressed by Rowhani at the behest of his citizens. For it can hardly be denied that such international negotiations are vital to solving the nation’s internal problems.

Part of Rowhani’s appeal as a presidential candidate can be said to lie in his experience as Iran’s chief nuclear negotiator from 2003 to 2005, a time when negotiations with the West were civil. Drawing on this, Iranians appear to recognize the urgency of dealing with conflicts surrounding their nuclear energy program, seeing how it is responsible for hindering their economic growth. In response, Rowhani has vowed to render the measures and activities of Iran’s nuclear program more transparent to the international community.

We may be prompted to wonder what overarching impact the new president’s ambitions could have on the ideological hold of his society .The State’s maintaining of a conservative choke-hold on its citizens has not only put their well-being at stake, but – as mounting protests have demonstrated – it has wavered their faith in the system.

Khamenei and his aides may be quick to publically display an unfaltering faith in the structure of the Islamic Republic, but the very need to assert confidence in the system belies the reality that a growing desire for large-scale reform in Iran can incur potentially seismic changes – ones that would shake the nation’s political foundation to its core.