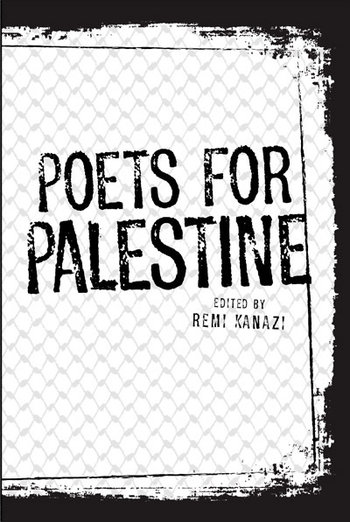 Another Day Will Come

The AIJ’s MR Wiseman recently summoned the ghosts of bards-past to wax poetic with Remi Kanazi, editor of Poets For Palestine (Al Jisser, 2008), a collection of old- and new-school poetry and artwork for, you guessed it, Palestine.

The Proverbial: Poeta nascitur, non fit.— A poet is born, not made.

It was always a part of my being. I wrote constantly as a kid, but never engaged in politically charged material. I grew up in a small town in Western Massachusetts. I spent one year of college at a school in the Bronx, but eventually studied elsewhere. I moved back to New York City four months before 9/11. After 9/11 the climate visibly changed; people became openly anti-Arab and anti-Muslim. The vitriol was palpable in a lot of neighbourhoods throughout the city and I was looking for a way to fight back against the misconceptions and mischaracterizations of the Middle East. That’s why I decided to pick up a pen, to give voice to those who had traditionally not been heard and were now being increasingly vilified as a monolithic being… The issue of Palestine has been particularly whitewashed and misrepresented in the US mainstream, and as a Palestinian who was born here, I felt it was important to speak out.

Samuel Coleridge: Not the poem which we have read, but that to which we return, with the greatest pleasure, possesses the genuine power, and claims the name of essential poetry.

The quality of the work will convince readers to return. This is the first anthology where poetry, spoken word, hip-hop, and Palestinian art have come together in one collection.

William Wordsworth: Poetry is the spontaneous overflow of powerful feelings.

There are varying emotions, experiences, and stories that make Poets For Palestine complete, but my ultimate hope is that people walk away feeling inspired and empowered by the work. If the reader, as I did, finds solace in Naomi Shihab Nye’s “Kindness,” feels the devastation of the bombing of Lebanon in Lisa Suhair Majaj’s “This is Not a Massacre,” or is given wings by Junichi P. Semitsu’s “Palestine in Athens,” that is the best I can hope for.

A follow-up from Wordsworth: We poets in our youth begin in gladness; But thereof comes in the end despondency and madness.

Michael Drayton: For that fine madness still he did retain Which rightly should possess a poet’s brain.

Remembrance is part of action and so is recording our history. The world became consumed with the sheer injustice faced by the black majority in South Africa under Apartheid, and over the decades people increasingly identified with the inhumanity of dispossession and occupation in Palestine. I try not to fantasize about what Palestine is; a people were here, a people are still here, and recognition and action must follow; it is up to people of conscience to see that through.

Thomas Carlyle: How does the poet speak to men, with power, but by being still more a man than they?

I can’t speak for the poets featured in the collection, but my hope is that their words affect each reader as much as they have affected me. Their voices effortlessly transcend ethnic or religious designations and present a message with an irreducibly human appeal.

Alfred Tennyson: This is truth the poet sings, That a sorrow’s crown of sorrow is remembering happier things.

Poetry and art have the ability to translate honesty in a way that other mediums are unable. I believe that’s why so many people are drawn back to their art; it’s a yearning for honesty.

Percy Bysshe Shelley: Most wretched men Are cradled into poetry by wrong, They learn in suffering what they teach in song.

We have not forgotten and humanity is on our side.

A follow-up from Shelley: Poets are the unacknowledged legislators of the world.

Freedom and equality for all peoples would be a good start.

Alexander Pope: While pensive poets painful vigils keep, Sleepless themselves to give their readers sleep.

Knowing that I have had a comfortable life drives me and sometimes makes me feel enormously guilty—not just as a Palestinian, but as a human being. The issue of Palestine helped open my eyes to a lot of other struggles throughout the Middle East, Latin America, Africa, and even many parts of America; the injustices taking place are astounding. It may be easier to look away, close the book, and turn off the TV, but what kind of reality is that?

Go to www.poetsforpalestine.com to find out more and order your copy.