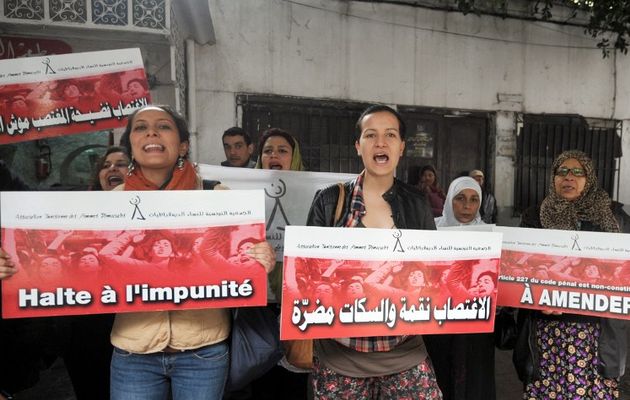 Thursday 1 May 2014, by Messaoud Romdhani

The 23 October 2011 National Constituent Assembly elections was meant to entrench the democratic process that had been set in train-not without difficulties and hesitations- in the aftermath of the revolution, not only through drafting a constitution that would be in line with the legitimate expectations of hundreds of thousands of protesters across the country, but also through strengthening the democratic institutions and mainly the judiciary (that “frightful monster” used by Ben Ali to silence opponents and militants) especially as this judiciary started to free itself from the yoke of the executive when, just a few weeks after January 14, it ordered the arrest of some of the most authoritative figures of the ousted regime, responding to demands of civil society and lawyers. Tunisians watched on their screens, with amazement and satisfaction, these not-so-long-ago powerful arms of the regime in the hands of justice. That was a significant step. But more steps were expected to be taken to consolidate the democratic process, mainly through:

– providing civil society with a strong role in the transitional justice process;

– Enhancing accountability of those with responsibility for human rights violations;

– Further entrenching the democratic process through full respect of human rights, freedoms so as to start a new era that would put an end to decades of despotism.

But rarely do short-term political calculations come up to popular expectations.

The mechanism of transitional justice was handed almost solely to the governing troika, and mainly to its dominant party, Ennahda, that nominated one of its prominent leaders minister of Human Rights and Transitional Justice. As a result, political agendas overtook the post-revolutionary requirements, thereby widening the gap between the ascending new authority, greedy to put hands on all sectors of public life, on the one hand and civil society, on the other. For instance, businessmen accused of corruption during Ben Ali era, were subject to extortion from influential political parties, according to Abdelfatteh Trad , head of the Transparency Association, (see Ettounsya newspaper 12-09-2014). Meanwhile, the acute file of the Revolution martyrs and wounded has been brought to a standstill for years.

Even the transitional justice law adopted by the National Constituent Assembly has been harshly criticized by civil society. The National coordination for Transitional Justice, made up of 17 eminent organizations, including the strong labor union UGTT, has assessed it as “too selective” and accused the ministry of human rights of “distorting” the civil society recommendations (Press conference 22-01-2014). Taufik Bouderbala ,President of the former National Commission of Investigation on Abuses and Violations , set up just days after 14 January 2011, denounced “a transitional justice law that has been tailored by a political party” thinking that its militants are “the only victims of tyranny.” (Same press conference)

Moreover, the post-election period was marred by several human rights abuses. In addition to assaults that targeted journalists, artists, human rights and political activists, time and time again, it was apparent that the pre-revolution impunity went on its merry way; and there is no shortage of examples. The parliamentary investigative commission on the 9 April 2012 events when police force, along with suspect groups, attacked peaceful demonstrators led nowhere. The same fate was suffered by the joint commission- government and UGTT- on the attack of the trade union headquarters by the so-called “Leagues for the Protection of the Revolution” close to Ennahda party, on December 4th2012, assaulting several trade union leaders.

And idem for the buckshot attacks by the police force to repress the insurrectional movement in Siliana by end November 2012.Tens of youths, who demonstrated for employment and regional development are still suffering the buckshot injuries. Worse still, the complaint filed in the aftermath of events by more than a hundred lawyers in the name of the victims is still pending. And for good reason: high-ranking officials (including former minister of interior) still refuse to comply with a summons of the investigating judge to deliver their testimony.

Last but not least, the controversy about impunity has bounced back when the military court of appeal reduced sentences of senior security officials implicated in the bloody crackdown on protesters, leaving more than 300 victims during the Tunisian four-week revolt that ousted Ben Ali. The light verdicts came as a shock not only to families who saw them as “a second assassination” of their loved ones, but also to civil society in and outside Tunisia that denounced them as too lenient.

The International Federation of Human Rights (FIDH), for instance, denounced in a communiqué published two days later, “politicized verdicts” delivered by the military court, considered to have fallen short of international standards of human rights. The ruling was considered by the FIDH as a “denial of criminal responsibility”.

While NGOs reactions in Tunisia and abroad are very critical of this judgment, considered light and lenient, and while the victims ‘families reactions illustrate the depth of a blatant denial of justice, it is disappointing to notice that the verdicts were hardly echoed in public opinion .Social networks ,usually on the spot, have had half-hearted reactions. The march organized jointly by families and civil society a few days after the verdict attracted no more than about two hundred protesters. This relative indifference could be explained by the context: people are assailed by ongoing economic and social hardships (increasing prices, high unemployment, rising poverty…) and live on the harrowing events of terrorism, such as the bombings at the Shaambi Mountain, the painful memories of political assassinations, the Tunisian diplomats taken hostages in Libya, or the even the worrying insecurity in this neighboring country ….

One could also add to this not-so-good overall picture, the stumbling transitional process as we are witnessing the reappearance of old figures from the Ben Ali era. Their media -then political return- somewhat timid at the outset, is becoming more conspicuous. Public opinion is slowly getting used to it. And even if these emblematic figures of a repressive era were not involved in direct violence or torture, still, their liability in political propaganda and in legitimating human rights violations have been ascertained.

All these factors could explain the scant interest on the part of public opinion to impunity. For this very reason, civil society should be committed to strengthen efforts in stressing the importance of accountability for the future of transitional justice. And for justice and democracy in the country.

Committee for the Respect of Liberties and Human Rights in Tunisia