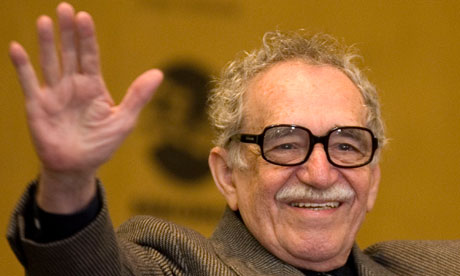 Gabriel García Márquez and the Coming-into-Being of Latin America

One of the greatest Latin American authors, Colombian writer Gabriel García Márquez, died last Thursday. As with any writer whose work becomes a mass culture phenomenon, his work is also the focus of diverse readings. These readings in turn have a direct bearing on the understanding of our continent’s reality. For this reason putting pressure on the legacy of "Gabo" — as he was sometimes called — also exerts tectonic pressure on the reading we have of our lived reality.

According to one line of thought, García Márquez invented the genre of magical realism. This is false and politically dangerous. On the one hand, Alejo Carpentier, Juan Rulfo, Julio Cortázar, and even William Faulkner (as Gabo indicated in his Nobel Prize acceptance speech) collaborated in forging the literary genre. On the other hand, the "reality" of magical realism — like the reality of Guernica according to Picasso’s famous quip — was created by imperialism.

The United Fruit Company is behind some of the most "magical" elements of García Márquez’s imaginary Macondo — like the massacre of banana laborers that officially never happened and no one remembers — while colonialism and imperialism in general are behind the low cultural levels that define the kind of subjectivity in his most definitive novels (1967 forward). These are stories in which magic is fused with reality and people assume a noncritical, nondistanced, prescientific attitude towards their surroundings. For example, for the denizens of One Hundred Years of Solitude a block of ice or a magnet is treated as an object of wonder, yet a resurrection or levitation is considered normal.

Though Gabo’s pen was certainly endowed with demiurgic genius, it did not fail to register realities. The late author, who always supported the Cuban revolution and briefly worked for Prensa Latina, not only argued that the continent’s reality was stranger than fiction but took to proving it through creative journalism. After winning the Nobel, he took on such themes as the mysterious death of guerrillero Jaime Bateman for the magazine Semana, while the kidnapping of ten journalists by the cartel of larger-than-life Pablo Escobar became Noticia de un secuestro.

The Revolutionary Armed Forces of Colombia FARC-EP, now in peace talks with the Colombian government in Havana, has stated that Macondo — a denationalized country and surreal war — is not a fiction but rather a reality that Colombians have lived for more than 50 years. For this reason when rendering homage to Gabo in these very days, they did not hesitate to express the wish that the real Macondo(i.e. Colombia) would not end in a whirlwind of rubble and dust because of the country’s hawkish oligarchy. In a like manner, the late Venezuelan President Hugo Chávez frequently voiced the desire that Latin America would leave behind its 100 years of solitude.

Here is where the Global North and Global South’s interpretations of Gabo’s work diverge. A century of solitude and a Macondo-like country cannot be simply a matter of curiosity as the North’s publishing business would perhaps like us to believe. Nor can the picturesque mode of magical realism be treated as a destiny or political program for Latin America any more than John Updike’s depiction of suburban alienation could be taken as the destiny of North America’s population.

A century ago Lenin wrote of Tolstoy that he was a great author but assigned his oeuvre to a specific period of Russia’s development: the moment embodied in the highly contradictory 1905 Revolution with its goal of democratization in an autocratic state, and yet in the last instance limited by its main actors’ peasant condition and religious mindset. Lenin may have been too mechanical in his argument, but was correct to put some limits on the mentality expressed in Tolstoy’s fiction. In a like manner, Gabo’s magical world should be placed not at the culmination of Latin American letters but rather at its beginning.

This is because the roots of the Latin American writing boom, on the crest of which García Márquez rode, are to be found in the coming-into-being of Latin America itself as a consequence of the Cuban revolution. That is to say — following the reflection of Roberto Fernández Retamar — the existence of Latin America as a political and sovereign entity is the precondition of there being a Latin American literature. A corollary is that the story of a Latin America that exists on the world stage and has Gabo as one of its first and best narrators has only just begun to be told.

Chris Gilbert is professor of Political Science in the Universidad Bolivariana de Venezuela.