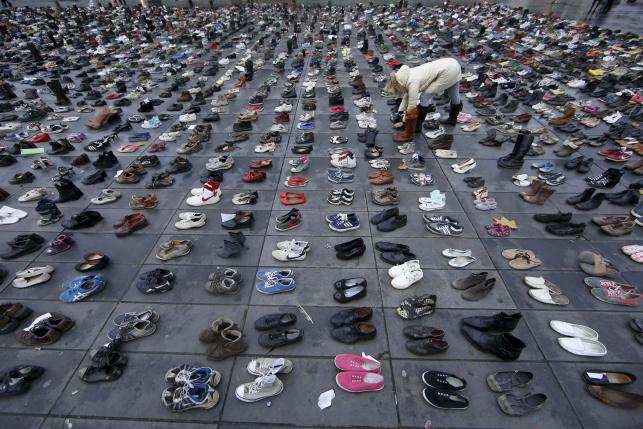 There is No Planet B: A Short Note on COP21

The Global Climate March, which comprised more than 2,000 civil society mobilizations in over 150 countries, took place on the eve of the two-week UN climate change talks, COP21. Despite clashes with police in Paris, despite the perhaps underwhelming turnout in American cities, these marches demonstrated civil society’s responsibility to ensure that the delegates, heads of state, and officials at COP21 recognize the urgency of radical action. Sure, COP21 seems our best, and currently, our only, chance at a formal global agreement to limit global warming and address climate change. But even if nations follow the pledges currently on the table, global warming this century will still amount to somewhere between a 2.7C or 3C rise. This is well above the 2C or below limit that scientists have called for.

The French government’s ban on protests and marches during COP21 reveals the skewed priorities and limitations of the conference. With this ban, Hollande has declared that French national security trumps the livelihoods and security of those who will suffer most from climate change. As Naomi Klein remarked in a recent Guardian article, “the people facing the worst impacts of climate change have virtually no voice in western debates about whether to do anything serious to prevent catastrophic global warming.”

COP21 presented a rare exception. Events like the Global Climate March on November 29th, the Climate Action Zone, a hub for civilian mobilisation, demonstrations, symbolic actions, and artistic happenings in a working-class Parisian neighbourhood, and Coalition Climat 21’s December 12th “Largest Mass Action for Climate Justice”, promised a voice to those not represented by the 20,000 people formally credited to attend COP21. These parallel spaces, events, and protests are an integral part of the movement to collectively address climate change. It is impossible to hold governments and heads of state accountable if robust grassroots movements are considered a security threat and prevented from organizing.

Thus far, 166 countries have submitted national commitments to reduce their emissions. There exist, therefore, 166 versions of an inadequate response to climate change. 166 individual agreements with individual standards, levels, policies, and frameworks that will ultimately fail to meet the mark. What is needed is a global, rallying cry for immediate, radical action. And civil society mobilization is key to ensuring that this cry is heard.

Certainly, vigilance is in order in the wake of the Paris attacks. But, as Klein remarks, if Paris felt unable to ensure adequate security at both the conference site and on the streets during COP21, the conference should have been postponed, or held elsewhere. The parallel mobilizations are not just parallel, they take precedence.

Despite the French state of emergency and ban on protests, Coalition Climat 21 maintains their call for global mobilization on December 12th, the day after the end of COP21. Civil society must have the last word at COP21. There are no options left, there is no planet B.