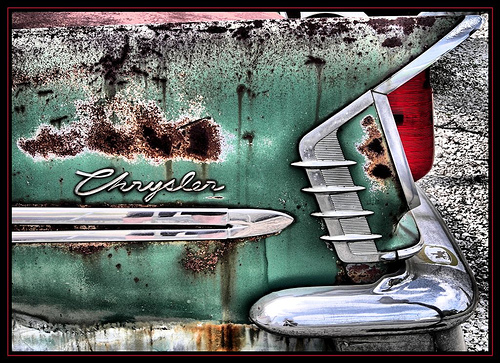 Any Colour You Want— As Long As It’s Red

It is now abundantly clear that Canada and the world is facing its worst economic crisis since the Great Depression. However, a sense of premature Hoover-type optimism seems to have settled in to Ottawa’s thinking, breeding a dangerous complacency that the government has done all that is required to combat the recession. The federal government appears to be hiding behind the proposition that with strong banks and strong fundamentals, the Canadian economy will automatically recover as US demand picks up.

The Bank of Canada has lowered its interest rate to a near-zero level, and has provided banks with billions of dollars of liquid assets to counter the recession and potential deflationary expectations. It is concerned that deflation, or falling prices, will become generalized throughout the economy. And once the cycle becomes entrenched, as it did during the 1930s, it will be extremely difficult to reverse.

The federal government’s fiscal stimulus package is beginning to inject demand into the economy to counteract the contraction of private sector demand, although many economists argue that a federal deficit of about 2% of GDP is too little given the powerful headwinds the nation faces. Unemployment insurance, though greatly weakened by previous governments (most recently the self- financing rule imposed by the 2008 Budget) will also help to cushion somewhat the fall in demand.

While it may be rational for an individual firm trying to stay afloat to lay off workers, reduce working hours, and/or push for wage reductions, if this becomes an economy-wide phenomenon the resulting downward wage-price- purchasing-power spiral, if unchecked, will deepen and prolong the recession.

This is what happened during the Great Depression. The deflationary cycle became entrenched. Massive price declines in both the US and Canada were matched by a similar drop in average wages; Keynes argued for nominal wage anchors to stem the downward spiral.

One of the things Roosevelt did when he came to power in 1933 was to support the Wagner Act, which strengthened unions; setting a floor on wages and initiating a process of rising wages, prices, and production.

Government is the player responsible for the overall management of the economy. At a time like this it is the only player that is capable of overriding destructive counter-actionary impulses of private businesses and households.

The federal government is undermining the effectiveness of its own stimulus efforts by freezing the wages of its own employees and by forcing massive auto sector wage concessions (which incidentally will not solve the auto crisis) as a condition of providing financial support to the industry.

It also sends a contradictory signal to business that somehow this belt- tightening is good for the economy as a whole. On the contrary, it will only make matters worse— prolonging the recession and delaying the recovery.

The current economic crisis was caused by the meltdown of the bloated US financial sector, not by exorbitant auto or public service sector wages. Forced wage rollbacks will cascade through the economy reducing purchasing power and demand, offsetting the very thing the government is trying to reverse with its stimulus policies. The collapse of the auto sector (just like the collapse of the financial sector) will most certainly turn the current recession into a deep depression.

Rather than scapegoating the Canadian Auto Workers union for a crisis it did not cause, the federal government should focus its efforts on combating the pressures of wage driven deflation, maintaining income and employment, and using public dollars to buy transformation of the auto industry away from gas-guzzlers to the low emission vehicles of the future. Industrial policies like this have been an important part of the development of the auto industry and are needed once again.

Bruce Campbell is the Executive Director of the Canadian Centre for Policy Alternatives,www.policyalternatives.ca