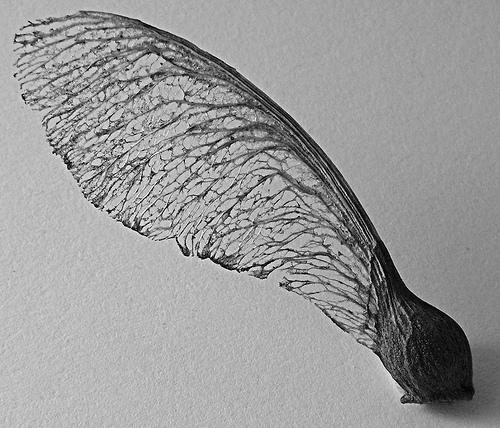 If You Think In Terms Of A Year, Plant A Seed

Ohh, seed money. I only caught the first part.

I have never understood why people make such a production about birthdays. On the face of it they are utterly meaningless, mere symbols; excuses to celebrate, intoxicate, evaluate, and— finally— become disenchanted and disillusioned with life for one all-too- short day of a year that, somehow, has always passed quicker than the last.

All birthdays end the same way: with you waking-up the next morning writhing in pain while pleading with a Higher-Power to whom you now steadfastly subscribe (a day before you were, paradoxically, sure of your agnosticism) and begging desperately for fewer wrinkles and another chance at everything that you have decided that you are entitled to but were, of course, cruelly deprived of through absolutely no fault of your own. No? It’s just me then.

So, as the sun does all of us here at Alternatives International Journal the dubious favour of rising for the three- hundred-and-sixty-sixth time over our tempestuous universe, why this entirely unnatural and unnerving sense of optimism?

The world, a year later, seems little better. Economic catastrophe has joined the ecological one that was already in progress; olive branches are few, far between, and in dire demand the world over; the pigs have finally made their move (Four Legs Good...) and are clearly intent on spreading pestilence— thus far they have been held in check, but if we insist on keeping thousands of them under the same roof with lax sanitation protocol and non-existent oversight, a barnyard rebellion will be the least of our concerns.

And yet hope, ever last into the casket, endures— and will do until the sun grows cold. Says one, concerned, “The shadows are creeping in, let us move over there to where it is still sunny.” Says the other, “Stop cursing the sun for sliding across the horizon— climb the trees that are casting the afore- lamented shadows. Find me a cloud and I’ll share your concern.”

If a fire on a beach can lead to the discovery of glass, if fruit juice left out in the sun can uncover a form of intoxicant, if the mould harnessed from an unwashed Petri dish can go on to save countless lives, then why couldn’t we combine forces to create something never before known— all the ingredients are there. It requires only the wisdom to recognize potential.

A heartfelt thanks to all of our inspired contributors, to our extremely talented— and patient— graphic designer, to our tireless and brilliant editorial board, and to you, Dear Reader, for if an incorrigibly clever tree falls in the middle of an inordinately dim forest and nobody is around to scoff at it, why doesn’t it just get a haircut and a real job?