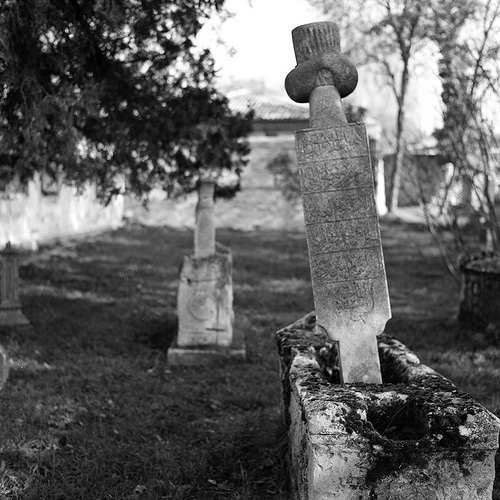 You Can Never Go Home Again

The Repatriation of Crimean Tatars: A Testimony

The Crimean Tatars are a Turkic people who inhabited the Crimean peninsula— now a part of Ukraine— for over seven centuries. They established their own Khanate in the 1440s and remained an important power in Eastern Europe until 1783, when Crimea was annexed to Russia. During World War II, Stalin deported the entire Crimean Tatar population en masse to Central Asia, mainly Uzbekistan and Tajikistan. It was only after the Soviet Union collapsed that the doors of Crimea were reopened to these indigenous people.

My family returned to Crimea in 2005. I cannot say that my family’s life in Uzbekistan was unbearable and the reason for our decision to return to Crimea. My family did not face any major social or economic diffi culties there. My parents had jobs; I had the opportunity to get a higher education. We Crimean Tatars survived as a nation after our deportation partly because we lived among Uzbeks; their hospitality and friendship gave us much support during our fi rst years living in exile. I have great sympathy for the Uzbek people and am very thankful to them and their nation.

Nevertheless, my grandparents had always dreamed of returning to Crimea. I was brought up in an atmosphere of constant reminiscences of our Motherland— the expression “to live like a native among aliens” speaks for itself.

Upon our return, my family encountered problems of social reintegration. Housing has been one of the fi rst and foremost obstacles for our family— and most of the Crimean Tatar returnees. Our family of four lives in a 20 square meter room within a dormitory with poor facilities. Even though my father took part, as a volunteer, in the management of environmental consequences of the nuclear disaster in Chernobyl in 1986, a service that is supposed to qualify him for free government housing, nothing has been granted to him. Our application for land has also been refused without any explanation, thus denying us the opportunity to build a house.

As Crimean Tatars do not have the legal right to reclaim the property they lost after their deportation, many returnees have resorted to seizing land by organizing themselves into groups of 200 people or more. The issue of land was once coordinated by the Mejlis, the Representative body of Crimean Tatars, which played an intermediary role between local authorities and Crimean Tatars to advocate for land transfers in a diplomatic way. The Mejlis once had the authority and infl uence to coordinate such matters but that power has, to some degree, been slipping. The consequences may be devastating. The lack of coordination undermines the unity of the Crimean Tatars and risks bringing a delicate situation to a head.

After housing, the issue of citizenship is the biggest issue every Crimean Tatar family has to resolve upon their return to Ukraine. The absence of citizenship deprives people of basic political, economic, and social rights. In 1998, an agreement unique in international relations was reached between Uzbekistan and Ukraine that would simplify the procedure of acquiring Ukrainian citizenship for Crimean Tatar returnees. However, it takes the government 5 to 6 months to process the citizenship applications. During this waiting period— with no legal status— the returnees cannot earn their living or benefit from social security schemes.

The return of Crimean Tatars, a Muslim people, has also resulted in increased ethnic and religious tensions. There has been an increase in attacks against Crimean Tatars and their properties. Perhaps most disturbing is that, in 2008, almost 300 gravestones were demolished in the Nijnegorsk region, while another 40 were destroyed in Chistenkoe accompanied by graffiti, written in Russian, that read: “Tatars, leave Crimea now!”

There are more than 100,000 Crimean Tatars still living in Uzbekistan. They hesitate to return to Crimea due to the social and economic obstacles faced by those who do. A reverse trend of self-exile is occurring in which Crimean Tatar families— having been unable to integrate into Ukrainian society— are moving back to Uzbekistan.

Ali Chabuk is a Masters candidate at Milano Graduate School of Management and Urban Policy at the New School University. He is a 2008-2010 Fulbright Grantee from Ukraine.