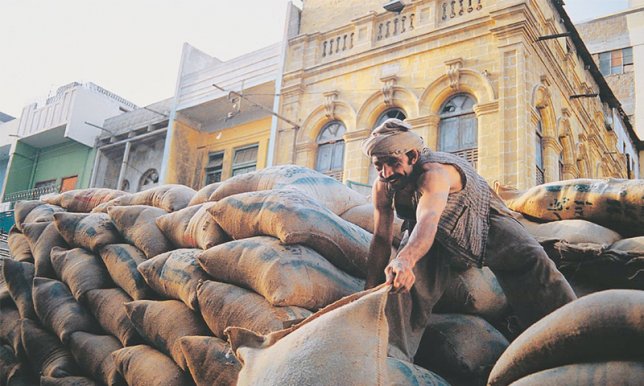 At an estimated 63.34 million workers in total, Pakistan has the 10th largest labour force in the world. Besides federations and confederations, there are 945 trade unions currently active in Pakistan, with their combined membership standing at 1.8m. In absolute terms, the number appears gigantic; in the larger picture, only three per cent of the Pakistani labour force is unionised.

Without a doubt, trade unions in Pakistan are on their deathbed, perishing to an unceremonious end that is neither mourned by workers nor by industrialists. The once-mighty trade union movement has been unable to form a response to the spectre of contracts — short-term agreements, often negotiated at lower remuneration scales and limited benefits. It is not that the working class in Pakistan is better off than its predecessors and is not facing any issues to bargain collectively for the greater good — only that they have lost the power to hit back.

Contracts were the owners’ response to a trade movement that wasn’t afraid to show its teeth; large swathes of working people lost their ability to organise effectively or campaign together once contracts were introduced since the permanence of their job became merely fleeting.

“Contractual labour does not have any long-term affiliation or loyalty with the industry. They know that they are sitting on the edge and any ‘negative’ act [in the eyes of employers, this often translates into unionism] will cost them their job,” explains Mohammad Younus, director of the Urban Resource Centre.

“Contractual labour of course works on a contract, which means no or limited benefits [that permanent employees are often entitled to]. What should contractual labour organise and fight for? Their only struggle is how to resume duties the next day,” argues Younus.

Then there is the issue of law: notwithstanding the machination of employers, the law of the land does not encourage collective action; in fact, it seeks to quell unionism.

“Labour laws relating to trade unions or the Industrial Relations Act 2012 don’t enable workers to form unions. There is also very little room for those who are already organised in trade unions to bargain for the collective rights of workers,” argues Farhat Parveen, executive director of NOW Communities, an organisation that campaigns for the rights of working-women.

“Perhaps most importantly, workers are not aware of the provision of labour rights that the law still has for them. There is a tiny minority of about 1pc organised workers, most of whom are in the public sector, which is also shrinking,” says Parveen.

Background discussions and a quick survey of available literature provide a tangential view of the failure of traditional trade unions in our times. Of the factors identified by various scholars, the more pertinent and recurring include job insecurities as embedded in contractual agreements with employers, dearth of proper social nets, prolonged work hours, “a long queue of unemployed at the factory gates” ready to replace the existing work force, pocket or “yellow unions” as they are called, ever-increasing inflation and discouraging laws.

“Legally, workers are divided into several categories: temporary, contract, probationary, permanent, casual, etc. Practically, only the permanent workers can form unions, but this too requires a lot of paper work, and prior verification from the employer before the formation of union. Then workers have to deal with the disabling environment of the labour department,” explains Parveen.

Together, these factors have resulted in labour showing a sad picture today: according to Human Rights Commission of Pakistan reports of 2014 and 2015, the number of deaths due to industrial accidents in just these two years has increased by 50pc while injuries have risen by approximately 105pc.

The numbers are indeed staggering and there are issues that need to be addressed within trade unions.

But just who will do so, and how they will bell the cat depends, on their understanding of the dynamics of the globalisation as the retreat of unions is a global phenomenon. In the United Kingdom, Italy and Germany, for example, the membership and the capacity of unions is decreasing.

Pakistan has an estimated population of 20m (as of July, 2015) with a population growth rate of 1.46pc. The country has substantial unemployment rates and ranks 77 in the world. A breakdown of the labour force, per fiscal year 2013 estimates, indicates that agriculture employs 43.7pc of the workforce, industry 22.4pc, and services engage 33.9pc. Although the number of trade unions and membership has increased over time, labour organisations have been unable to make a mark in the face of neoliberal realities.

“Having said that, there is no information available as to how many unions have applied for registrations, how many were successful, and if not, then what were the reasons for denying them permits,” she claims.

The past is another union

Labour unions might well be struggling today but in the annals of history of a young Pakistan, trade unions successfully provided a buffer between the working classes and those who ruled over them — thereby fulfilling the prime function of civil society.

In the new country, the nation-building project dictated that industrialisation, urbanisation and unionisation go hand in hand. As a result, labour unions found a place and space in which to uphold their relevance and demands. They successfully managed to harness available human capital (industrial workers) for the collective good and extracted many benefits from mill owners.

Labour’s demographic dynamics and numbers began changing in the urban sector as migration to cities began in the 1950s as part of the nation-building process undertaken by various governments. The evolution of the transport sector and the resulting ease in travelling paved the way for such changes, helping surplus rural labour to find gainful employment in the industrial sector that was slowly and gradually emerging.

The protectors of the ‘underdog’ left a legacy of protests too — a history that is soaked in the blood, bones and sweat of industrial workers. In 1963, in Karachi’s Manghopir area, industrial workers staged a rally fired at by the police. As a result of government sponsored violence, 42 casualties were reported.

In 1967, workers of the Karachi Port Trust engaged the state after facing inordinate delays in the payment of their wages. Labour representatives organised wave after wave of strikes in Karachi, Lahore, Multan and other industrial cities. Although the state used brutal force to quell this unrest, the striking workers stood firm in their demands. After several months of sustained action, Gen Ayub Khan resigned, handing power over to Gen Yahya Khan.

Similarly in 1967, the Railway Workers’ Union went on strike in Lahore against the government’s price hikes and the unavailability of wheat. In response, the government arrested hundreds of workers and trade union leaders.

In 1972, under the new Zulfikar Ali Bhutto government, the strength of the street in Karachi’s SITE area once again met the might of the state — the police once again opened fire at demonstrating labourers in Karachi’s major industrial area of the time.

The next day, the police fired again but this time at the funeral procession of one of the deceased workers. Press reports indicate that at least 10 workers were killed on that day, including a woman and child. It was also reported that over 50 people were killed in similar incidents.

In another protest that same year in Karachi’s Landhi area, workers took control of a mill after negotiations between the collective bargaining agents (CBA) and the mill administration broke down. The police retaliated by storming the main gate of the mill and shooting dead four workers.

The above-mentioned instances are only a few of the many success stories waged by workers’ unions. In most struggles, the typology of conflict varies from conflict of diverging interest to other, broader reasons. One of the reasons for conflicts is that factories’ administrations have always viewed a union’s existence as a challenge for imposing any anti-workers’ decision that they might have to impose.

But today, as trade unionism meanders to a tragic demise, factory owners and administrations are quietly hoping that the unions will go in silence and that no retaliation will rise from the ashes of the dead unions.

“Women, children and contract workers have no voice whatsoever because no labour leader represents them. The present labour leadership is old, male-centric, parochial and struggling for their withering survival,” alleges Parveen. “There are examples of successful labour action, such as the struggle of lady health workers. They are not part of the mainstream leadership.”

Of course, there was once a time when intellectuals and artistes provided the creative foundations for a wider working-class struggle, of which trade unions became the primary beneficiaries. With trade unions having enjoyed their heyday in the 1970s, nostalgia for past glories has been a point of inaction.

There also exists megalomania peculiar among segments of trade union leaderships — saviours and messiahs continue to emerge, for example, with new promises of revolution and slogans of change.

A sense of unions being mere helpless observers of the times also exists — the idea that unions are merely passive travellers in a moment in time rather than active agents capable of chalking out their plans and route.

“I do not subscribe to the idea that an industrial worker must be a revolutionary, I consider this dogma which has emanated either from our frustrations or our wishful thinking. It’s not fair to think in black and white that an industrial worker is either a revolutionary or a collective bargaining agent. We have to understand the existing situation objectively,” says Karamat Ali.

“I agree that there exists a continuous contradiction between the employer and the employee, and that there is an immense disparity between living standards of those who work under the same roof; but this will not necessarily brew a revolution. Workers as a class hold potential but need support from other segments in society to bring about a successful revolution,” he argues.

But is the union truly dead?

“I think that in a country like ours, where the laws and the attitudes of employers are both anti-worker in their very nature, to formulate an effective CBA is in itself quite a radical step, if not a revolutionary one,” concludes Ali.

The writer is a freelance researcher and visiting faculty member at Szabist.