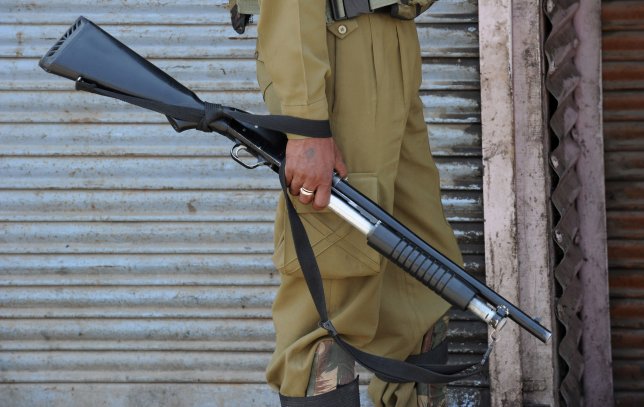 This was an odd response to the plea of a people who are being blinded and killed by a weapon which is not used anywhere else in the country for mob control. The Bar is asking the Supreme Court to look at the disproportionate use of force by the government and the massive damage that this so-called non-lethal weapon has caused to the people of Kashmir. The plea is also pointing out that the security forces are using a weapon of which it has very little information. In the High Court of Jammu and Kashmir, the CRPF admitted that it had fired nearly 1.3 million pellets on protesters in Kashmir within a period of 32 days. It also admitted that there was no way to predict how the pellets would spread once it was fired. The CRPF accepted that the pellets could also hit bystanders. Though the government has been talking about replacing the metal pellets with less lethal munitions, there has been little progress on that front. In fact the government seems to be inclined to continue to use these weapons. In the month of March, the government increased the number of pellet guns in the valley to 5,000. These guns are capable of firing more than 3 million pellets at one go. According doctors the type of pellets that have been recovered in Kashmir indicate that the CRPF are using bare metal pellets.

The question is whether the government forces should use pellet guns? Is this weapon legal? Has its use in crowd control been approved by the Bureau of Police Research and Development (BPRD). What are the Standard Operating Procedures for using pellet guns in crowd control? And more importantly, how and when was the use of pellet guns by the CRPF was approved, particularly as this is not included in the list of “non-lethal” weapons for the police force of the states?

The other critical questions are whether the use of pellet guns conform to the Principle 4 of the Code of Conduct of Police in India, which says that as far as practicable, the methods of persuasion, advice and warning should be used. Section 130 Code of Criminal Procedure, 1973 (CrPC) clearly states that if the use of force becomes unavoidable then only the irreducible minimum force required in the circumstances should be used.

It is strange that the Supreme Court instead of going into the issues of the law, rules and regulations regarding use of force during crowd control seemed to suggest that it might order the government to stop using pellet guns if the Bar Association could get the youth to stop throwing stones at the security forces.

This response of the Supreme Court to the plea of the J & K Bar Association is radically different from the manner it treated the plea of the Extra Judicial Execution Victims’ Families Association of Manipur (EEVFAM). In its order the court had noted that if members of the armed forces are deployed and employed to kill citizens of the country on the mere allegation or suspicion that they are ‘enemy,’ then not only the rule of law but also democracy would be in grave danger. It said that the use of excessive force or retaliatory force by the Manipur police or the armed forces of the Union is not permissible. In its order the court had directed that the Indian army and other paramilitary forces cannot use “excessive and retaliatory force” in Manipur and that all allegations of such excessive use of force must be probed.

One wonders why this difference in dealing with the issue of use of excessive force by the state in Manipur and Kashmir. While the Supreme Court has sent J & K Bar Association back to Kashmir to talk to the leaders of the agitating people of Kashmir, the government has also told the court that it was not interested in talking to the agitators and their leaders. The Attorney General said “the court cannot direct the government to meet separatist leaders”.