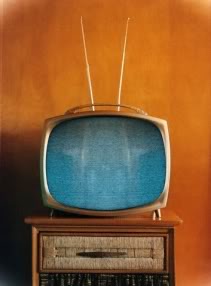 How TV Promoted Terrorism In Pakistan

IF today, with remote in hand, you randomly flip through channels on your TV, or browse through nearly two dozen online newspapers, you will see video clips or photos of Pakistan Air Force jets pounding targets in North Waziristan, artillery firing into the mountains, or, perhaps, some other celebration of Operation Zarb-i-Azb. But hang on! You rub your eyes. Our jets bombing Islamic fighters within the territory of this Islamic republic?

For 10 years after 9/11, Pakistanis had lived in a delusionary bubble. A majority had been brainwashed into believing that terrorism in Pakistan was the work of some “foreign hand”. So, even when various militant groups angry at Pakistan proudly claimed suicide missions against military and civilian targets, they were ignored. No Muslim could kill another Muslim, was then the prevailing logic. Surely Pakistan’s eternal enemies — India, Israel, America, or maybe even Afghanistan and Iran — were responsible.

The foreign hand myth was nurtured by overpaid and wilfully ignorant TV anchors, together with their chattering guests, to the point where it became the only truth in town. Their invited guests such as retired Gen Hamid Gul, his son Abdullah Gul, and numerous cohorts confidently pronounced that suicide bombers were uncircumcised non-Muslim agents of foreign powers. None had inspected the leftover meat.

Memories may be short, but readers may also recall the televised harangues of public figures ranging from comedian-minister Rehman Malik to cricketer-demagogue Imran Khan. America was then the only terrorist in the world. So, when Taliban supremo Hakeemullah Mehsud was killed by a Hellfire missile in November 2013, Interior Minister Chaudhry Nisar raged furiously while Cricketer Khan suffered a near apoplectic fit. That Mr Mehsud had declared war upon the Pakistani state and personally decapitated Pakistani soldiers mattered to neither.

And then, poof, it all changed! Along came Zarb-i-Azb. Suddenly the foreign hand disappeared. Suddenly it turned out that the real enemy was the Pakistani Taliban (TTP). Suddenly the nauseating daily appearances of its supporters vanished from millions of TV screens. Suddenly popular TV anchors could not remember what they had been saying for months and years. Suddenly no one, including anguished Cricketer Khan of anti-drone fame, could see the still circling (as of three days ago) drones in our skies.

A new consensus is now in place. Manufactured to suit new conditions, it forced terrorist supporters off TV screens. But how did it happen and who ordered it? If this was a scripted change, who wrote it?

I do not think a simple answer exists, or that the change could simply have been ordered from above. The ISI/army’s psy-op against the TTP may have been helped by the arrival of a new and bolder army chief. But the full story is surely more complicated.

No military has the strength to create a national consensus by itself. Even during the Third Reich, where the Nazis could coerce and terrorise at will, they knew a plain diktat could not work on the entire German nation. Therefore propaganda minister Joseph Goebbels demanded that his 3,000 full-time subordinates at the Ministry of Popular Enlightenment and Propaganda submit, with full evidence, detailed reports about the mood of the German people. The Führer would watch anxiously, and then decide if the price of food could be raised.

Pakistan’s army is powerful but nowhere as powerful. Its ability to influence popular opinion is limited. Those who think otherwise should revisit the years around 2004 when it was exceedingly unpopular. Soldiers killed in battle in Fata would not even receive proper burial rites because village imams refused to perform their funeral prayers. They were not called, as today, shaheeds.

So what explains Pakistan’s mood swing and the media’s new tune? Hopefully someday someone will write a PhD thesis on this. Meanwhile, some insight can be gained from a seminal book, Manufacturing Consent, which explains how American public opinion is shaped to suit the needs of the American establishment. Authored by Edward Herman and Noam Chomsky, it provides an analytical framework exposing the basic institutional structures and relationships within which the US media operates. Examining case after case, the writers reveal how the media serve, and propagandise on behalf of, the powerful societal and corporate interests that control and finance them.

The search for profits, as in the US, also drives Pakistan’s TV channels. But, the difference is that the Pakistani establishment is badly fractured from within and so its directives are often contradictory. Therefore, released from all regulation as well as ethical pressures, private channels freely exploit social pathologies while suspending conscience and good sense.

This is exemplified by how they dealt with terrorism until recently. Few channels condemned atrocities that, at one point, were a daily occurrence. Moreover, they aided and abetted terrorism by conferring respectability upon terrorists. For example, until recently the correct Urdu word for terrorist — ‘dehshatgard’ — was not used on television channels. Instead, linguistically unjustified and watered-down equivalents like ‘askariat-pasand’ and ‘intiha-pasand’ were invented.

Ratings-hungry TV channels eventually brought catastrophe to Pakistan. Their popular anchors gave space and sympathy to murderers and terrorists, and broadcast every lie, rumour, and idiocy that could sell. You just have to mentally flip through some sickening images of past years: one stood outside Lal Masjid echoing the calls of the insurrectionists; another gloated over the Mumbai massacre; a female anchor seemingly instigated governor Salmaan Taseer’s murder; a fourth justified Malala Yousafzai’s shooting.

Although the flirtation of Pakistan’s private TV channels with terrorists is over for the time being, their mischief continues. For five weeks almost all channels have been giving 24/7 coverage to protests which otherwise would have long fizzled. This effectively gifts billions of rupees of advertising time to an aggrieved loser of the 2013 elections, and a mysterious cleric with an unknown agenda. Worse, by broadcasting — in fact, showcasing — the abusive language used by Cricketer Khan in attacking his opponents, the ‘free media’ reduces the quantum of civility in Pakistan every day.

The author teaches physics in Lahore and Islamabad.