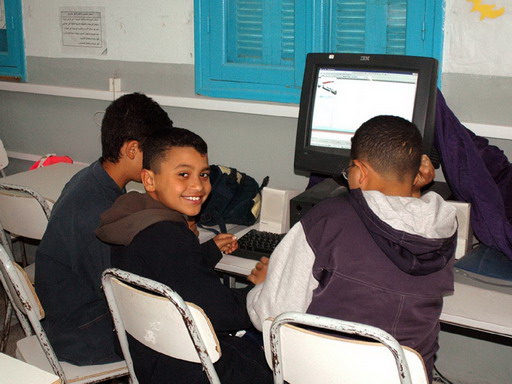 “Young people must take it upon themselves to ensure that they receive the highest education so that they can represent us in the future.” Nelson Mandela

The Tunisian Forum for Economic and Social Rights (French acronym, FTDES) has published a report on school dropout in Tunisia, a phenomenon that is increasing at an accelerated rate, affecting 107,000 pupils in 2013 after reaching the record of 112,000 pupils in 2012, a number that represented 11% of those who attended middle and secondary schools.

To add insult to injury, the educational content has known a steady decline to the point that Tunisian universities lag behind in African and world ranking. Also, The PISA (Program for International Student Assessment) has ranked Tunisia among the last five in sixty five assessed countries, regarding the level of middle school pupils. (December 2013)

The 2014 UNESCO study confirmed the drop in the standard of education despite the important sum allocated (15% of the State budget, see Professor Karim Ben Kahla 2-2- 2012). That may lead to believe that this money is but a wasteful spending that merely serves to add to the already alarming figures of the unemployed graduates. Or worse, it may indirectly pave the way for delinquency and extremism.

All this is happening in a country that since its independence has focused on educational expansion to help grow “the human capital.” The question is: how come that education has switched from a powerful force of social progress to a big factory producing the long-term unemployed, or even potential candidates for harragas in “boats of death” and Jihadism in Syria and Iraq?

Here we would like to insist on two points of this burning issue.

The Tunisian University: a genuine space of knowledge that has become a factory of unemployment

An issue that needs addressing is the transformation of the Tunisian university from a knowledge transfer space to a place that is directly subjected to the imperatives of “training and employment without mortgaging State accounts,” to use the wording of the 1998 World Bank report on the “reform of the Tunisian university.” This mutation has upset the academic institutions on at least three levels:

The system was meant to create short-term courses so as to answer the potential demand of private sector’s needs for “educated” and cheap labor force. However, there is a discrepancy between expectation and reality as investors are slow in coming and the expected targets of high graduates’ employment turned to bitter disappointment.

Then came Ben Aly’s populist-and catastrophic- decisions: to add 25% of the annual grades to the official baccalaureate exam and to eliminate the 6th and 9th grades national exams. As a result, skills of students are evaluated through mid-term local exams which do not often reflect the student’s learning skills and abilities. In reality, it was meant to increase the success rate at exams and to boost the image of education as a Tunisian success story to the outside world. Thus, the number of university students had increased sevenfold between 1990 and 2010 while the infrastructure (hostels, restaurants, academics) has never kept up with such pace.

School dropout and the reproduction of the social order

The school orientation law of 2002 prescribed compulsory education for children between 6 and 16. However, only 93.2% of those children are being schooled. Also, the rate of school dropouts in this age range is increasing at an alarming pace. And need we point out that this phenomenon affects poor social classes most, those who have difficulty providing for school supplies, private lessons…So, here we go again: the social ladder is broken and school is no more than a place for reproducing the existing social order.

It is not our intention to draw a thorough picture of the problems of education. Nevertheless, we wish to emphasize the importance of the issue to the future of democracy in our country. As has already been noted in the conclusion of the UNESCO report, educated people are usually endowed with critical mind, discernment; and consequently they are the most prominent advocates of democracy.

As the country is preparing to begin a new phase in the transition, it is wholesome to rehabilitate the role of education as one of the key building blocks of the democratic ideal and of the construction of citizenship.

Those of us who went through the student movement know how knowledge, social progress and democracy are closely related.