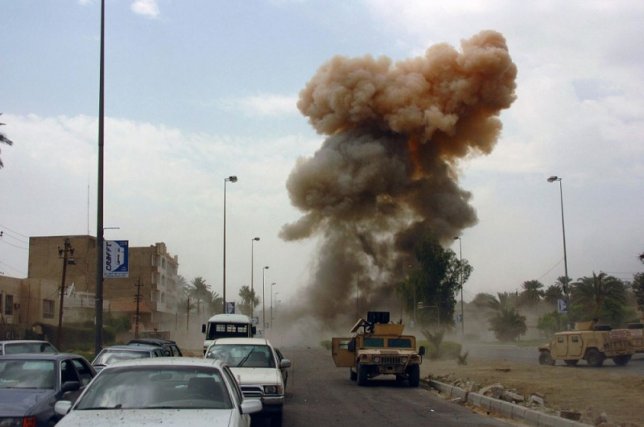 It’s getting difficult to remember a time when the Canadian Parliament actually tried to make principled decisions regarding foreign policy and our place in the community of nations. But we should try. Perhaps a first step in returning to such a time was the decision of the NDP and Liberal Party to oppose Stephen Harper’s most recent ill-considered and cynical march to war with his decision of join the bombing of Iraq.

Harper’s amoral political calculations about who and when to bomb people has little to do with any genuine consideration of the geo-political situation or what role Canada might usefully play – or even in what Canada’s “interests” are. So long as he is prime minister it will be the same: every calculation will be made with the single-minded goal of staying in power long enough to dismantle the post war activist state. The nurturing of his core constituency includes appeals to a thinly disguised pseudo-crusade against Islamic infidels, a phony appeal to national security (preceded by fear-mongering) and in the case of Ukraine a crude appeal to ethnic votes.

Reinforcing this legacy is a mainstream media that lets him get away with it and in particular refuses to do its homework while the bombing – or posturing – is taking place and then refuses to expose the negative consequences of the reckless adventures. The result is what cultural critic Henry Giroux calls “the fog of historical and social amnesia.” The three most obvious examples are Harper’s extremist policy in support of Israel, his joining with France and the US in the catastrophic destruction of the Libyan state and his infantile posturing on the Ukrainian Russian conflict. And now we have Harper’s mini-crusade (six fighter-bombers for six months) against ISIS or the Islamic State. With rare exceptions the media has gone along with him at every turn, treating Canadians as children incapable of navigating the nuances of foreign policy.

Regarding Israel, Harper, with widespread support in the media, has gone so far as to try to establish criticism of Israel as a kind of Orwellian “thought crime.” By declaring repeatedly (and even threatening supportive legislation) that criticism of Israel was anti-Semitic Harper hoped to establish what Orwell referred to as “protective stupidity” – a kind of mass denial of the obvious. Freud referred to it as “knowing with not knowing” and when it comes to most of Canada’s military adventures it is epidemic.

In Afghanistan the war went for so long that the facts eventually broke through the protective stupidity but only partially. Even with the total failure of the mission to accomplish a single worthwhile goal it is likely that most Canadians still see it as having been a “good war.”

Everyone who reads the news or watches it on television “knows” that Libya is now a failed state, swarming with literally scores of heavily armed and murderous Islamist militias, and facing an almost total collapse of central government authority and public services (formerly the best in Africa). Life in Libya is ten times more insecure and dangerous now than it ever was under the “madman” Gadhafi. Yet we choose not to know what we know.

This was supposed to be a humanitarian mission – the much-touted “duty to protect” principle in action. The catastrophe of the failure soon spread of course to Mali and elsewhere as Gadhafi’s carefully constructed balancing of competing tribal interests collapsed. In the ensuing chaos massive supplies of weapons seized by the “democratic forces” were distributed to lunatic militias (including ISIS) across the Middle East. But still there are no mea culpas, no accountability, and no price to pay for the misery created. The cheerleading pundits have gone silent as if they had never written a word in support of the war. Planned amnesia.

As Giroux puts it: “Neoliberal authoritarianism has changed the language of politics and everyday life through a poisonous public pedagogy that turns reason on its head and normalizes a culture of fear, war and exploitation.”

Harper’s response to the Russia-Ukraine conflict has been similar: a maximum of infantile, simplistic sabre rattling rhetoric with an absolute minimum of reflection on the historical context or even the immediate facts of the situation. This is foreign policy for the willingly – if not willfully – ignorant. We are encouraged – or perhaps enlisted is a better word – to treat facts and history with a disdain bordering on contempt. Facts, context, history and thoughtful anticipation of the consequences of our actions – all of this is for sissies and Putin apologists. The nay-sayers are all Neville Chamberlain clones.

The fact that the boys with their military toys in NATO have been provoking Russia for twenty years, encircling it with hostile regimes aligned with or members of this military alliance, promising to put missiles on its border, breaking promise after promise made in agreements with Russia – it’s all irrelevant. So is the fact that the “revolution” in Kiev – don’t dare call it a coup, the thought police will knock on your door – was promoted with millions of American “democracy” dollars.

And the fact that the movement was hijacked by neo-Nazis? Just an inconvenient detail to be assigned to the amnesia machine. And the consequences? Just how is driving Russia away from integration with Europe (which it had been seeking throughout Putin’s rein) and into the arms of the imperial Chinese in Canada’s interests? The $400 billion natural gas deal Putin signed with China – accelerated and made a certainty by NATO’s aggression – will likely kill BC’s dream of billions in LNG investment (a silver lining in my view but hardly a smart move for an “energy super-power”).

All of this is swept aside when foreign policy is decided in a kindergarten class instead of a graduate class. But there will be no lasting consequences for governments – Harper’s or anyone else’s. The structure of protective stupidity is in place and without a radical change in consciousness the current political consensus will prevail. All will be forgotten.

Which brings us to the Islamic State. Here, too, the conventional approach to making intelligent foreign policy is cast aside on the basis of reacting to a handful of Westerners being beheaded (as happens on a regular basis already to citizens of Saudi Arabia). Can it be possible that our policy-making has been reduced to this level of drunken barroom reaction? We know that ISIS did this precisely to provoke a Western military response. But “we don’t know.” We prefer denial and the simplistic – the notion that we can correct twenty-five years of imperial hubris, ignorance and gross incompetence by Western powers by bombing our own creation.

Ooops, sorry for introducing a fact here – a bad habit. The West created these murderous madmen decades ago when the US funded, armed and advised the nascent Mujahedeen to drive the Russians out of Afghanistan. They are now a permanent feature of the Middle East and beyond, an evolving monster the US Defence Department and CIA lost control of a long time ago. Yet politicians like Obama and Harper think we can correct it with bombs. Ironically after decades of treating their citizens like children, our governments are reduced to behaving like them.