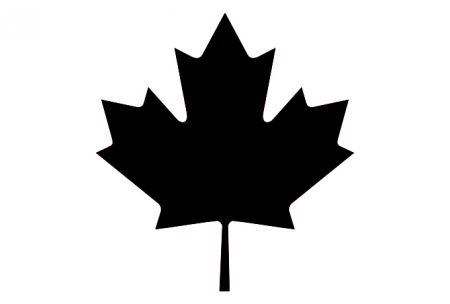 Only minutes after shots rang outinside Canada’s parliament buildings and on the streets of Ottawa today, mainstream media quickly launched into fear-driven reporting, largely failing to look critically at the incident.

Importantly, this shooting occurs as Canada’s Conservative government moves to join a violent and cynical US-driven military campaign in Iraq and Syria, moving both military personnel and major equipment, including fighter jets, into the war zone over recent days and weeks.

Distant from directly aiding long standing grassroots struggles against the Assad dictatorship in Damascus, or addressing the political tensions in Iraq, emboldened and deepened by the US invasion over a decade ago, the current bombing campaign hashit many civilians in Syria, despite familiar rhetoric of “targeted strikes,” while the Islamic State continues to make territorial gains in Iraq. Today the US-driven bombing campaign in Iraq and Syria is already a disastrous failure, with long term and tragic consequences for the people on the ground who are living with terrifying and deadly violence on many fronts, including the Islamic State, the Syrian and Iraqi regimes, and now US bombing runs backed by Canada.

Iraqi poet and novelist Sinan Antoon offered this succinct critique on the current US bombing campaign in Iraq and Syria during a recent interview on Democracy Now! “We know from previous experiences that this type of action—military, indiscriminate military bombing—and the approach that the United States and its allies are using, will actually only create more terrorism. It will only create conditions in which groups such as ISIS, that will have different names, will emerge. So, it’s not a solution at all.”

Recent moves to embrace this neo-colonial military mission by the Conservatives in Ottawa are completely unexcusable, while mainstream reporting, broadcasting across Canada right now, implicitly using today’s shootings in Ottawa to justify the military mission, is cynical and manipulative. In this context, let’s recall the grassroots response across Spain to the 2004 train bombings in Madrid: instead of calling for military revenge, countless thousands took to the streets for anti-war protests, demanding that Spain stop participating in the US military campaign in Iraq, a demand that quickly built momentum and was eventually won, even working toward the political downfall of the conservative government in Spain at the time.

To justify war, Conservative politicians are recalling colonial narratives, claiming that the military campaign is “noble and necessary,” implying that somehow Canadian military forces will save civilians in Iraq and Syria with bombs from the air.

Politicians backing the war in Ottawa also consistently point to the human rights abuses of the Islamic State as reasons for Canada to strike militarily, like Canadian bombs are going to bring justice for victims of Islamic State brutalities. In contrast Canada’s deepening economic and political ties with the dictatorial monarchy in Saudi Arabia, where beheadings for relatively minor crimes are common and major financial ties to the Islamic State are well-documented, illuminates the deeply cynical politics involved in the current military deployment.

Today the gunmen in Ottawa that we need to be deeply concerned about, that need to be stopped, are the Conservative politicians who have no political principals and push war as a solution. In Canada, Conservatives have also shown their love for guns and the relating social violence at home, through their consistent and eventually successful moves to destroy the long-gun registry.

Canada’s Prime Minister Harper is a dangerous and real gunman, deploying and asserting major military campaigns around the world, inherently deepening the militarization of Canadian foreign policy. Conservative politicians have long pushed for Canada to join militarized neo-colonial missions around the world, including the 2003 US invasion of Iraq, a devastating war that clearly helped to create the context for the Islamic State.

In Libya, the Canadian government launched an operation in 2011, involving fifteen aircraft, one warship, more than five-hundred military personnel, special military forces and a NATO commander. A military mission justified by pointing to the repression of the autocratic and violent Gaddafi regime against popular protests, while in reality Canada’s intervention did little to work toward a political solution, simply playing a key part within the larger NATO bombing campaign, which until now has only worked to deepen civilian suffering and political violence in the country.

Beyond cynically pushing war as a solution, an inherently ridiculous political notion, Canada’s military companies, many with deep links to the Conservative party, stand to make big financial gains with expanding wars across the world.

In response to the Ottawa shootings today let us move to challenge the consistent celebration of militarism and violence within the halls of power by the Conservatives. Let us look at the connections between neo colonial military action abroad and deepening racialized exclusion and stigmatization of communities at home, a process only deepened by the racist tones to reporting today from Ottawa. Let us look at this shooting as a moment to come together to reject the inherent violence of neoliberal militarism that Conservative politicians have so fully embraced, a dangerous ideology that has in real terms only deepened death and destruction around the world.

Stefan Christoff is a writer, community organizer and musician living in Montreal@spirodon