Home > English > Alternatives International Journal > 2015 > May 2015 > Austerity on Trial? Much at stake for Spain in Electoral Year 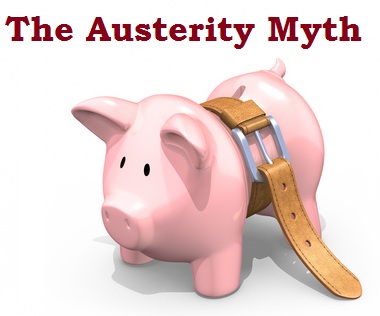 Austerity on Trial? Much at stake for Spain in Electoral Year

2015 is a critical year for Spain’s progressive forces. The country is set to hold municipal and regional elections in May, and national elections by the end of the year, democratic exercises which will put the current government’s austerity policies to the test. Sure to feature prominently in conservative Prime Minister Mariano Rajoy’s bid for reelection are claims about the improving state of the Spanish economy after several years of economic downturn. With 1.4% GDP growth in 2014 and an IMF forecast of 2% growth for 2015, Spain is emerging as one of Europe’s fastest growing countries. But while “market confidence” in Spain’s economy may be improving, the economic picture remains bleak for large segments of Spanish society. Although unemployment dipped slightly in 2014, the jobless rate remains staggeringly high at 23.2% and surpasses 50% for those under 25. The draconian austerity measures enacted by the Spanish government in the wake of the Sovereign debt crisis have only worsened the lot of the unemployed and socially vulnerable.

Fiscal austerity efforts began in 2010 under the Socialist administration of Jose Luis Rodriguez Zapatero in the form of privatization of state enterprises, salary reductions for civil servants, and important reductions in public investment for deficit- reduction purposes (Ruiz-Garcia 2014). Empowered by a comfortable parliamentary majority, Rajoy’s conservative government has expanded upon these efforts since taking office in November 2011 by further cutting-back public spending and introducing regressive sales-tax hikes. Between 2012 and 2014, government spending cuts totaled $162 billion dollars.

A factsheet published last January by the US-based Council on Economic and Social Rights (CESR) concludes that years of consecutive budget cuts have disproportionately affected the most vulnerable elements of society. Between 2008 and 2015, social protection allocations to immigrants, people with disabilities, dependents, and the elderly fell by 79%, 69%, 50% and 26%, respectively. The budget attributed to social security benefits for children and families fell by 91%. The impact of such cutbacks has been to increase poverty. Whereas ten million people were facing poverty and social exclusion in 2007, today 13 million find themselves in this situation. Should the current trend continue, 22 million Spaniards will find themselves facing poverty and social exclusion in 2022- fully 38% of the population. Meanwhile, rises in poverty have been paralleled by sharp increases in wealth for Spain’s super rich, which have seen their wealth grow by 67% under the Rajoy administration.

The injustice of this is all the more astounding when one takes into account that thirty three of Spain’s thirty-five biggest companies avoid tax through subsidiaries in tax havens and that big corporations and wealthy individuals account for 72% of all tax evasion in Spain (CESR 2015). Tackling tax evasion would not only be a more human deficit-reduction alternative to social service cutbacks but an effective one as well: a study by Spain’s Union of Tax Inspectors found that a 10 percentage point reduction in the country’s shadow economy would generate $42 billion, an amount superior to the total budget cuts for 2012.

But if efforts to tackle fiscal tax evasion have been timid, government cutbacks to social services have continued unabated, decimating the social safety net and depriving people of their most basic rights. For instance, steep reductions in health spending have stripped undocumented immigrants of their previously guaranteed right to public healthcare. Meanwhile, the government has done little to assist homeowners struggling to make their mortgage payments avoid foreclosure, and the spike in evictions which has resulted has not been met with an adequate increase in the supply of affordable social housing.

International human rights bodies have expressed serious concern with regard to the declining rights situation in Spain. In 2010, as the country faced a review of its human rights record, the United Nation’s Council for Human Rights reminded Spain of its obligations as a signatory to the International Covenant on Social, Economic, and Cultural Rights. The Council pressed Spain to avoid taking fiscal measures that could negatively impinge on economic, social, and cultural rights or disproportionately affect disadvantaged and marginalized groups and individuals. Similar warnings were re-iterated two years later by the United Nations’ Committee on Economic, Social, and Cultural Rights and European Human Rights Commissioner Nils Muznieks in 2013, who released a report decrying the country’s housing crisis and the austerity-induced growth of poverty and child malnutrition.

Spain’s situation is also being denounced from within. On January 31st, the upstart anti-austerity political formation Podemos (“We Can”) mobilized one hundred thousand people around Madrid’s Puerta del Sol, birth site of the four-year old 15-M movement, to protest against the government’s neoliberal agenda and the corruption of the political establishment. More recently, tens of thousands took to the streets in Madrid on March 21st to partake in the second annual ‘march for dignity.’

The desire for change expressed by los indignados has found its political embodiment in Podemos, which as a barely four-month old political formation Spain’s political establishment by winning 5 seats in the May 2014 European Parliamentary elections. Led by a former university lecturer, 36 year old Pablo Iglesias, the party has drawn comparisons to Greece’s Syriza for its expressed desire to reverse austerity and defy Spain’s European creditors- the so-called Troika made up of the IMF, the European Central Bank, and the European Commission. Though still evolving, the party’s platform includes a range of proposals anathema to Europe’s obsession with austerity, such as a broad set of economic-stimulus packages and a basic universal income that would help the millions of unemployed Spaniards re-integrate the job market. These economic proposals have understandably resonated with many Spaniards for whom the highly touted economic recovery has yet to benefit.

Whether or not the party can emulate Syriza’s ascension to power will depend on how effectively it can translate its grassroots support into votes. In this regard, the party’s performance in the regional elections for Andalusia last month were somewhat encouraging. Podemos won 15 seats in the long-time Socialist stronghold, destabilizing if not transforming the region’s traditional bipartisan system. Even more encouraging are polls for the next general elections, set to occur by late 2015 or early 2016. Polls have the upstart formation neck and neck with the incumbent Popular party. Yet even if it does not come out on top, the presence of Iglesias’ formation in Spain’s parliament is sure to perturb the political status quo and open up a new political space for los indignados.