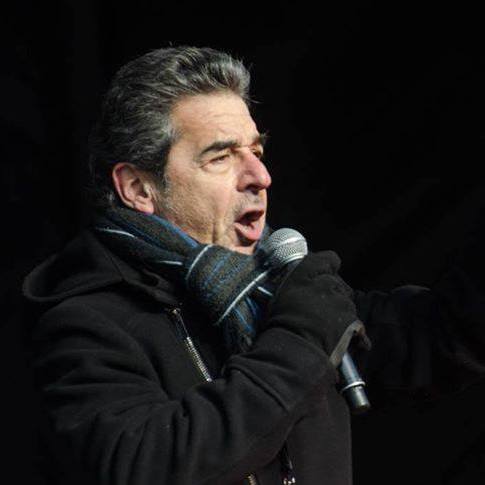 Monday 4 May 2015, by Noah Sutton and Sophia Reuss

Roger Rashi is a long-time social and political activist from Montreal. He now works as Campaigns Coordinator for Alternatives. Since the fall of 2011, Roger was involved in organizing the Peoples Social Forum that was held in August 2014 in Ottawa, Canada. Roger is also a member of the editorial board of Canadian Dimension and Nouveaux cahiers du socialisme and has published many articles on the web sites of Presse-toi à gauche and the Journal des alternatives.

How does Austerity directly impact the environment? I think what we see both in Canada and Quebec is that the austerity measures adopted by the government whether federal or provincial in Quebec are aimed at cutting expenses in the public sector, reducing as much as possible wages for public sector wages...but the other side of this very same policy involves a specific approach to the environment. We see it very clear with the federal government and the alliances established by the Conservative government with the big oil companies, particularly as far as extraction of tar sands oil. In other words there’s two aspects to austerity policies, cutting expenses in the social field and at the same time developing an extractivist policy aimed at marketing tar sand oil. We see the same configuration also happening in Quebec, where the provincial government has been on a tear against expenses in the social field since last September but at the same time reviving a whole extractivist policy. Of course at the present time, [Quebec] doesn’t have any oil being marketed commercially in Quebec, but they do have plans to explore the possibility. They’re reviving the Plan Nord, a mining project to open up the north to big mining companies. So we see the same configuration apply, austerity is linked with a very clear extractivist policies. These policies have amazing negative impact on the environment. With tar sands, it is extremely polluting, expensive in terms of use of water and it generates a tremendous amount of greenhouse gas. In terms of Quebec, there’s the opening for the pipelines carrying tar sand oil and there is the mining project up north that is essentially open pit mining and will create a tremendous amount of negative impact on the environment.

How is the Harper government responding to this mobilization? I think the [Harper Government] uses two aspects: the ideological aspect and the repressionary aspect. We see continuously the government put forward the idea that the principal danger we face in Canada is radicalization by environmental groups. They seek to criminalize dissent on environmental issues particularly opposing dissent on the pipelines. We see repressive measures, police measures and attempts to destroy and prevent mobilization. At the same time, ideologically, the Harper Government has put forth the idea that exploiting the tar sands is good for all of Canada and the wealth it creates is essential not only to Albertans but Canadians in general. I think we’ll see attempts by various organizations to criticize Harper and their link to oil companies and an extractivist agenda.

Do you believe "divestment" campaigns to be the best sites of mobilization at the university and national level? I think it’s one very interesting level of mobilization, but it may not be the best or the only one. Blocking concretely the expansion of the pipeline is a tremendous rallying point and has been for the last few years because it brings in impacted communities whether its communities outside the big cities or First Nation communities. It creates the basis for convergence for unity among the various groups. Divestment campaigns coupled with blocking the expansion as well as general climate mobilization and using the upcoming Paris climate change conference (COP21) are all ways and means to continue the mobilization on environmental issues.

Would you say environmental issues are a site for major pan-Canadian convergence? What would a national mobilization look like? We’ve seen a beginning to that. On April 11th, a joint demonstration was organized in Quebec city by Quebec environmental groups supported by environmental groups around the country along with the trade unions. Now the objective of this demonstration, which gathered 25 thousand people, was to link austerity with the fight against extractivist policy. I think this begins to open the door to a very wide convergence of both environmental and social struggles within Quebec and across Canada. What remains to be done, however, is bringing in the labor and community movements outside Quebec, into some form of convergence with this struggle. What happens during the rest of the year will be important.

In regard to the 2012 Quebec student movement, how do you keep momentum for the broader movement after concessions such as tuition freezes have been made to a small base of people? One thing which is clear, the 2012 fight was not the end of the struggle on access to education or austerity budget cuts, which is why I think we’ve seen so much mobilization this [past] fall and early winter. These struggles are continuing as long as you have governments that are convinced of the need to bring in austerity policies these struggles will always come back. Secondly, there has been a realization by the student movement that environmental mobilization is an important way of reaching across to students and the people in general. I think going into this phase of the austerity struggle there’s been an interest, as of early fall, to bring in the environmental groups. A demonstration on November 29th, brought together environmental groups, student groups, community and labor groups, which created the basis for another demonstration held on April 11th. If we look at how austerity unfurls it attempts to attack universities, attacks students and attacks people’s standards of living but it also attacks the environment. The growing understanding of these links is what fuels the continual attempt to bring them together in a common struggle.

What is the relationship between Student Strikes in Montreal and Toronto? What were the outcomes of each to develop a unified student front? Education has been a difficult field to develop joint action around the country because education is a provincial jurisdiction. In Quebec, all social movements are very intent on this remaining a provincial jurisdiction and therefore some of the opposition has to do specifically with Quebec policies. Beyond the particularities of the Quebec struggle, I think student groups have been reaching out for the past few years to other student groups around the country. At the People’s Social Forum in August 2014, there were several workshops held on the issue that brought together student groups, teachers [of all levels] as well as other groups interested in the field of education to develop a common position. Across Canada, there is an attempt to submit the university to market demands [which] impacts students negatively through increased tuition fees and therefore the amount of student debt and the question of the role of university as a site of unbiased learning. No matter how difficult it is, the attempt to converge community, labor, students and environment, is one of the essential aspects of developing the student movement.

How will all this affect the upcoming elections? It’s hard to say but I think it is the key to opposing Harper and criticizing the entire policy developed by the Harper and conservative government. It also shows us to what point the liberals fall short in terms of concrete answers in regard to the environment and austerity and it shows us to what point the NDP is wishy-washy on the issue, not taking a clear position on the question of the pipeline for example. I think the key will be for community, labour and environmental groups to develop a critique of the Harper policies and put out alternative policies for the environment and the economy.