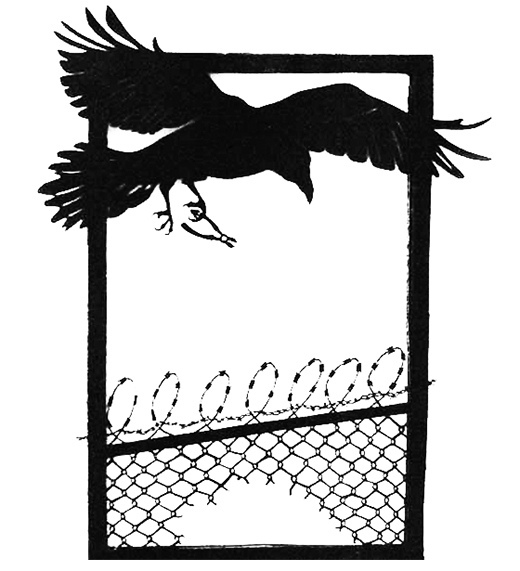 A Surveillance Society And Criminalize Dissent

Under the proposed Conservative law, the promotion of ‘terrorism’ becomes criminal, in a legal context where the definition of ‘terrorism’ remains extremely broad and relatively undefined. Today, Canada’s Criminal Code defines ‘terrorism’ as acts already defined as illegal under existing laws, but committed for “a political, religious or ideological purpose, objective or cause.”

This all creates clear political and legal space for an abusive and politically motivated application of the ‘anti-terrorism’ law.

Under the new legislation could road or rail line blockades lead by First Nations activists, taking place as part of a campaign against the construction of oil and gas pipelines over their traditional territories without consent, be construed as ‘terrorism’ by state authorities?

Could a person, or an organization, publicly defending the right of Palestinians to fight back militarily against the Israeli military siege in Gaza, be construed under the legislation as ‘promoting’ terrorism? Given the fact that Hamas, an organization democratically elected in Palestine, but defined as ‘terrorist’ under existing laws in Canada, is also deeply connected to and involved with the Palestinian armed resistance.

Will social media posts expressing support or sympathy for the actions of groups or movements defined as ‘terrorist’ by Canada, which also includes the major Lebanese political force Hezbollah, quickly become reason for a person to face a ‘terrorism’ charges in Canada?

In real terms this legislation also equals an incredible amount of political space for the Canadian Security and Intelligence Service (CSIS) to systematize and normalize a surveillance society in Canada, all taking place with Liberal backing.

Discussing and challenging this new anti-terrorism legislation and CSIS needs to also look at and investigate the growing powers of the Communications Security Establishment Canada (CSEC), or NSA-north, a shadowy organization engaged in mass data collection of Canadian communications with an annual budget now sitting at around half a billion dollars.

In parallel the state-funded CSIS oversight body, the Security Intelligence Review Committee (SIRC), an organization not with a great deal of political teeth, but has in the past issued relatively strong critiques of CSIS practices, is now facing debilitating budget cuts. Ironically Conservative operators and politicians, specifically Steven Blaney the minister of Public Safety, consistently cites the existence of SIRC when claiming that the newly extended powers for CSIS will be kept in check.

To justify these authoritarian moves, that really are an extension of the anti-terror legislation brought in under the Liberals post 9/11, Harper is delivering apocalyptically toned colonial sermons, pushing an inherently manipulative discourse, strongly rooted in utilizing fear as a cynical political tool.

Harper’s words do really echo the discourse of George W. Bush post-9/11, “a great evil has been descending upon our world,” stated Harper recently, going on to say describe the Islamic State group and associated networks as “one of the most dangerous enemies our world has ever faced.” This is bombastic and totally unreal, yes there is an active confrontation with the Islamic State group, but those paying the most are people and communities in Syria and Iraq, not people in Canada.

By extension any basic political analysis on understanding the political origins of the Islamic State group, needs to draw a very clear link to the 2003 US invasion of Iraq, that created a great deal of the context for the political violence today. Is additionally US-driven military action in the region, today strongly supported by Canada, really a solution to the Islamic State crisis?

If only the Conservative government in Ottawa would work with such diligence on the actual most extreme danger facing our world today, that is directly linked to Canada, global warming and climate change.

Overturning this new ‘terrorism’ legislation is essential. The law clearly points to the authoritarian vision for Canada that the Conservative government is pushing down on all of us. It is without question that the legislation, as well as the expanded powers of CSIS, will be used to target grassroots activists and communities engaging in actions opposing the neo-colonial, fundamentalist capitalist vision of colonial Canada being forced on us without consent.