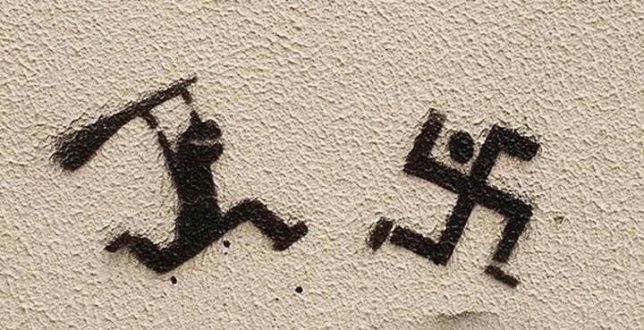 The Aam Aadmi Party has accomplished a stupendous political feat in India’s capital. Not only has it won more than half the total vote and 95 percent of all seats, which even the luckiest of parties don’t do in India’s periodic referendum-style “wave” elections. More, by unabashedly championing the cause of the poor, and the interests of underprivileged social and religious groups, it has signalled the arrival of a new moral force in national politics.

It’s the kind of force the Indian Left once was, but recently ceased to be—irreverent towards authority, militant in opposing hierarchy and privilege based on birth, passionately egalitarian, and ready to bring the tall claims of “the world’s largest democracy” down to earth through expanded livelihood rights for people and greater public accountability for rulers.

The sheer magnitude of the AAP’s victory cannot be explained by “positive” factors alone, including its mass outreach and appeal to local democracy, celebration of toiling people, commitment to providing better public services, sustained emphasis on fighting the kind of corruption that robs the poor of their hard-earned income, or Arvind Kejriwal’s charisma. The AAP won because the electorate wanted to hand a stunning defeat to Narendra Modi’s Bharatiya Janata Party, which has strutted about since it won the national election eight months ago as if it were invincible, and displayed a hubris no other party can match.

Under Modi and party president Amit Shah, implicated in several criminal cases, the BJP seemed to have found the right recipe for election victories: polarise voters on caste, class and religious lines (where necessary, by inciting anti-Muslim violence), make crude appeals to Hindu-supremacism, sectarian identities and jingoism, capitalise on upper-caste-upper-class elite aspirations by citing the success of the skewed, inequality-enhancing and ecologically destructive “Gujarat model”, and run a dazzling multi-billion-dollar election campaign funded by corporate cronies, estimated to cost the equivalent of the US presidential contest.

The recipe succeeded in converting the BJP’s 31-percent national vote into a clear parliamentary majority last May, but the Delhi election—where these methods were deployed in a concentrated manner—suggests it may be turning against the BJP. Modi has failed to live up to his promise of “less government, more governance”, higher growth, and more jobs, of which India needs to create more than a million every month just to absorb an expanding labour force. Each of Modi’s grandiose schemes, including large-scale urban sanitation, cleaning up the Ganges, interlinking rivers, or creating “smart cities”, smacks of gimmickry and empty sloganeering.

Yet, more pertinently, Modi has cut funding for the National Rural Employment Guarantee programme, said to be the world’s largest job-provision scheme, by 45 percent, and is about to severely restrict the public provision of foodgrains at affordable prices. He’s bringing in a shamefully pro-corporate land acquisition law, which will displace millions of farmers without public hearings, and social or environmental impact assessment. This law is opposed by a majority of parties, including the middle-of-the-road Congress. More than a quarter-million farmers in agrarian distress have committed suicide since 1995. All these measures have antagonised the poor, who constitute a majority of the population, and are eroding the BJP’s credibility.

Modi’s government is waging a “silent war on the environment” by dismantling India’s already-weak environmental regulations to promote industry and mining in forests and other sensitive areas, while displacing vulnerable tribal communities and causing yet more ecological degradation. Such destruction/degradation annually costs India 5.7 percent of GDP, higher than the growth rate of national income, according to the World Bank.

The government, with the BJP and its hardline-Hindutva allies, is messing with education and culture, and rewriting textbooks to reflect India’s glorified “Hindu past” and “national pride”. Growing religious intolerance, including attacks on churches and forced conversions to Hinduism, recently drew critical comments from Barack Obama. As secularism is attacked, and Mahatma Gandhi’s Hindu-fanatic assassin is lionised by BJP supporters, the religious minorities, over a fifth of the population, feel increasingly insecure. Modi hasn’t yet been legally held culpable for the anti-Muslim pogrom on his watch in Gujarat in 2002, but his Hindu-hardliner image inspires little confidence.

The Delhi result has halted the BJP juggernaut and created the hope that a new people-centred, participatory, secular politics could have great resonance among the majority; the poor can acquire agency through it. It’s not clear if the AAP leadership will draw this lesson and grapple with the issue of defining a broad ideological-programmatic framework for its politics, which it has hitherto evaded. But the result has electrified public awareness and energised India’s political opposition in ways that seemed inconceivable until now. Whether it leads to a broad-ranging national-level political realignment against the BJP remains an open question, but it has at least been squarely posed.