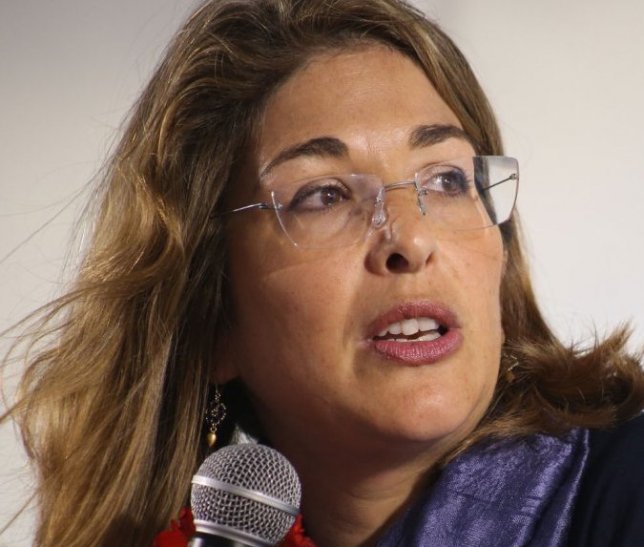 Why Low Oil Prices Could be a Great Thing

May Boeve, executive director of 350.org, recently interviewed Naomi Klein, activist and author of the book This Changes Everything: Capitalism vs. the Climate (and a 350 board member), as part of a web workshop ahead of Global Divestment Day. You can watch the whole conversation. Or you can read our three-part edited transcript, starting with part one today.

May Boeve: There’s a lot of talk right now in the news about falling oil prices. Can you speak to the role that falling oil prices play in energy and climate politics in particular, and what we should be thinking about in this moment?

Naomi Klein: That’s something I’ve been thinking a lot about, because the book I wrote before was called The Shock Doctrine, and the message of that book was that these moments are often catalysts for the wrong kind of change. It is not preordained that low oil prices will either hurt or help the climate movement.

If we do nothing, then it’s more likely that low oil prices will work against sensible climate action, just for simple economic reasons. When oil is cheap, people feel able to buy more of it. Already we’re hearing these stories, like the comeback of the SUV. All of these incentives toward efficiency for reasons of financial strain — people were leaving their cars at home, taking public transit, carpooling and doing these things that were good for the environment, but for financial reasons — we’ve lost that.

But I think on the whole, if we look at this in the context of this rising movement that we’re a part of, if we look at it in the run-up to [U.N. climate talks in] Paris and the fact that climate is going to be very much in the news and top of mind, if we also look at it in the context of the renewable energy sector, with prices falling rapidly, the fact that we can all now point to a country like Germany that has moved so rapidly toward having 20-25% of its electricity coming from renewables, this is definitely a moment.

[Look at this recent] Economist cover. This is a figure leaping off a pyramid of oil barrels, and the headline is “Seize the day.” The editorial that accompanies this — and this is a quote from the Economist, not from 350.org — is saying that this is a “once-in-a-generation opportunity” to dramatically transform our energy system, to kick the oil habit. We’ve been using this slogan internally: “Kick it while it’s down.”

There are various reasons why, if we get the right set of incentives in place — both political and economic — it can be a really, really good time to get off fossil fuels and push very aggressively toward a decentralized, renewables-based economy.

One of the things that has really struck me, as I’ve been thinking about this price plummet over the past couple of weeks, is that we’ve been living with an oil price between $80 to $100 per barrel or more — even reaching $120 per barrel — for over a decade. It went up to $100 a barrel after the U.S. invaded Iraq in 2003, that’s when things really took off.

I wrote a column [in 2007] and the headline was “Baghdad Burns, Calgary Booms.” It was about the fact that the turmoil in the market that was linked to the invasion of Iraq, which had sent oil prices soaring, was leading to the boom that was happening with the Alberta tar sands. Calgary is ground zero for those profits. We had known for a long time that there were vast oil deposits in northern Alberta, but those oil deposits weren’t counted toward the global fossil fuel reserves because they were considered uneconomic. It wasn’t that they discovered oil in Alberta in 2003, it was that when oil prices were $30 a barrel it didn’t make sense to count it, because it costs so much to dig it up.

What’s been striking to me is understanding that it really kind of makes sense why, despite all of the consciousness-raising around climate change that has taken place over the past decade — An Inconvenient Truth, the IPCC winning the Nobel Prize, all of these various moments — why this hasn’t translated into action. It’s because we have been working against the titanic power of enormous profit that comes with oil at such a high price. Because that kind of pricing, with oil at $100 per barrel, it makes people crazy. It’s irresistible. So, even as we’ve had scientists raising the alarm, we’ve been barreling down the wrong road. We’ve been barreling into extreme energy, drilling in the Arctic, tar sands, fracking. And this is all linked to high prices.

Now, we find ourselves in this kind of reprieve. It’s not permanent. What goes down can go back up, and will go back up. But I think what this has given us is a little bit of breathing room, because suddenly a lot of these projects that we’ve been working so hard to stop, many of them are shutting down on their own. I mean, not completely, but a lot of investors are pulling their investments out of tar sands, or suspending their investments because it’s so expensive. There’s less of a push for Arctic drilling. That’s a context in which it’s easier to win political victories.

When you’re going head-to-head with the richest companies on earth, and they’re dying to get into the Arctic, and you’re saying, “no” — well, that’s not a fair fight. But when their own investors are going, “Wow, is this really a good idea?” I think that’s a moment when we can win some really big victories to close off fossil fuel frontiers.

Of course, this is very tied to the whole logic of the divestment movement and the need to leave this carbon in the ground. But we all know we’re not going to win this one divestment fight at a time. We’re going to win this by building the arguments that will then lead to big demands, like no new fossil fuel frontiers, country-wide bans on fracking, closing off the Arctic to drilling permanently, and those types of policies.

One of the reasons that it’s been difficult to win and sustain victories to put a price on carbon, a carbon tax (and I don’t think a carbon tax is a silver bullet, but I think a progressively designed carbon tax is part of a slate of policies that we need to make this transition happen), is that when consumers are hurting — and we’ve been in the midst of an economic downturn, recession, or crisis depending on where you live — it’s hard for politicians to increase the price of energy. When suddenly oil is way cheaper and your energy bill is dropping, that’s a good time to introduce a progressive carbon tax.

Between the capacity to win some big keep-it-in-ground fights in the midst of falling prices, and the ability to fight for a progressive carbon tax, and that we now have these great examples of what a rapid renewables transition might look like — I think it is an extraordinary moment, to be honest.

May Boeve: Yeah, I couldn’t agree with you more. And extraordinary moments can pass.

Naomi Klein: They can and do pass. I am haunted by the long shadow of 2008, when the financial crisis hit and we all witnessed this huge transfer of wealth from public hands into the hands of the banks. And this was a moment when it could have been a real leap forward, especially in the U.S., because Obama had just been elected with a clear mandate to act on climate change. It was also a moment when the car companies were bankrupt, and it was possible to write a really big stimulus bill, and we could have told the banks what to lend — they could have funded the energy transition. But that became this period of demobilization for people as they sort of waited for what Obama would do.

And now I feel like we’re being given a second chance. When that happened and we didn’t seize that moment, I thought, “Am I ever going to see another moment like this, with this amount of potential?” And here we are now, with this opening.

And we’re also seeing some big political shifts. Syriza just won in Greece, that’s a big message. Podemos is rising in Spain. These political parties need a vision for what the next economy should look like, and I believe that the climate movement should be very much a part of that conversation.

… You know, I’ve been making these arguments around economics, but there is nothing more powerful than a values-based argument. We’re not going to win this as bean counters. We can’t beat the bean counters at their own game. We’re going to win this because this is an issue of values, human rights, right and wrong. We just have this brief period where we also have to have some nice stats that we can wield, but we shouldn’t lose sight of the fact that what actually moves people’s hearts are the arguments based on the value of life.