Home > English > Alternatives International Journal > 2014 > April 2014 > Why I Must Speak Out On Israel, Palestine And BDS 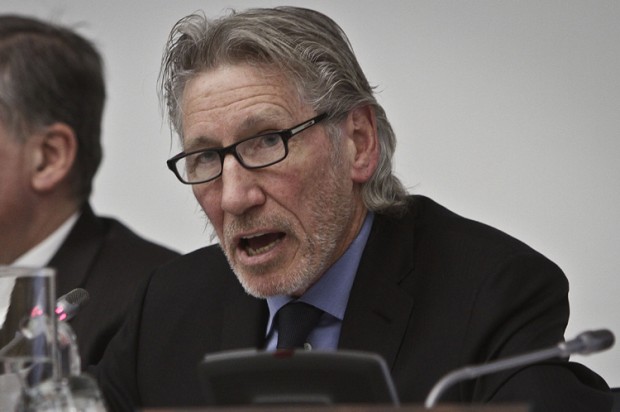 Why I Must Speak Out On Israel, Palestine And BDS

After more than two decades of negotiations, the vulnerable Palestinian population still lives under occupation, while more land is taken, more illegal settlements built, and more Palestinians are imprisoned, injured or killed struggling for the right to live in dignity and peace, to raise their families, to till their land, to aspire to each and every human goal, just like the rest of us. The Palestinians’ prolonged statelessness has made them among the most vulnerable of all peoples, particularly in their diaspora where, as now in Syria, they are subject, as stateless, powerless refugees, to targeted violence, from all sides in that bloody conflict, subject to unimaginable hardship and deprivation and, in many cases, particularly for the vulnerable young, to starvation.

What can we all do to advance the rights of Palestinians in the occupied territories, Israel and the diaspora? Well, BDS is a nonviolent, citizen-led movement that is grounded in universal principles of human rights for all people. All people! In consequence, I have determined that the BDS approach is one I can fully support.

I feel honored to stand in solidarity alongside my father and my mother, and alongside my Palestinian brothers and sisters, and so many others of all colors, faiths and circumstances from all over the world – including an ever-increasing number of courageous Jewish Americans and Israelis – who have also answered the call.

In the furor that exists in the U.S. today about BDS and the right and wrong of a cultural boycott of Israel, a quote from one of my heroes, Mahatma Gandhi, has been on my mind. He prophetically said, “First they ignore you, then they laugh at you, then they fight you, then you win.” The BDS movement is fulfilling its promise and fits Gandhi’s description. Once dismissed by many as a futile strategy that would “never work,” BDS has gained much ground in recent weeks, bringing with it the expected backlash.

Divestment votes at major U.S. universities, European pension funds divesting from Israeli banks that do business with illegal Israeli settlements, and the recent high-profile parting of the ways between actor Scarlett Johansson and the global anti-poverty group Oxfam are symptoms of a growing resistance to the Israeli subjugation of the indigenous people of Palestine, and also, to the decades of occupation of land designated by the U.N. as a future state for the Palestinian people.

And with each new BDS headline, the ferocious reaction from the movement’s critics, with Netanyahu and his AIPAC fulminations in the vanguard, has risen exponentially. I think it’s safe to say BDS is in the “then they fight you” stage.

Some wrongly portray the boycott movement, which is modeled on the boycotts employed against Apartheid South Africa and used in the U.S. civil rights movement, to be an attack on the Israeli people or even on the Jewish people, as a whole. Nothing could be further from the truth. The movement recognizes universal human rights under the law for all people, regardless of their ethnicity, religion or color.

I do not claim to speak on behalf of the BDS movement, yet, as a vocal supporter, and because of my visibility in the music industry, I have become a natural target for those who wish to attack BDS, not by addressing the merits of its claims but, instead, by assigning hateful and racist motivations to BDS supporters like me. It has even been said, cruelly and wrongly, that I am a Nazi and an anti-Semite.

When I remarked in a recent interview on historical parallels, stating that I would not have played Vichy France or Berlin in World War II, it was not my intention to compare the Israelis to Nazis or the Holocaust to the decades-long oppression of the Palestinians. There is no comparison to the Holocaust. Nor did I intend or ever wish to compare the suffering of Jews then with the suffering of Palestinians now. Comparing suffering is a painful, grotesque and diminishing exercise that dishonors the specific memory of all our fallen loved ones.

I believe that the root of all injustice and oppression has always been the same – the dehumanization of the other. It is the obsession with Us and Them that can lead us, regardless of racial or religious identity, into the abyss.

Let us never forget that oppression begets more oppression, and the tree of fear and bigotry bears only bitter fruit. The end of the occupation of Palestine, should we all manage to secure it, will mean freedom for the occupied and the occupiers and freedom from the bitter taste of all those wasted years and lives. And that will be a great gift to the world.

“Ashes and diamonds Foe and friend We were all equal In the end.”