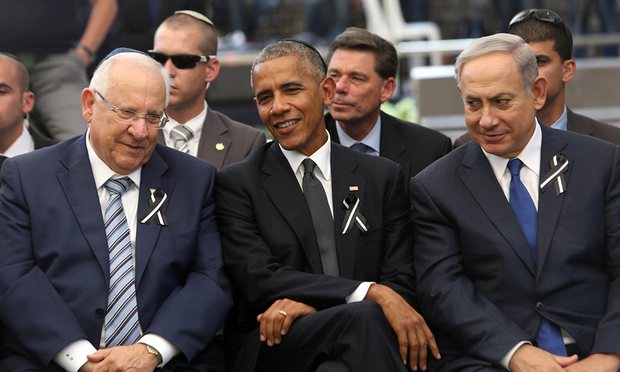 “US Vote was Obama Revenge on Netanyahu”

The UN Security Council has passed a resolution censuring Israel for its settlement expansion in the occupied Palestinian territories after the US refused to veto it, reversing its longstanding policy of shielding the Israeli regime from condemnatory resolutions at the world body. The resolution was passed with 14 votes in favor and one abstention on Friday.

Obama “wanted to get back at Netanyahu for humiliating him during the Iran negotiations,” Finkelstein told Press TV on Friday night.

Netanyahu visited the US without a White House invitation in March to attend a joint meeting of Congress and denounce a nuclear deal with Iran in an audacious challenge to Obama.

“When Netanyahu went to Congress humiliated Obama, Obama patiently waited for the opportunity to get this retaliation,” Finkelstein said.

In 2009, “Obama did not say one word as Israel inflicted its 22 days of death and destruction on Gaza as Amnesty International called it,” he said.

The US president called on the Israeli regime to “end the massacre in Gaza not because he cared about the people but because the narcissist did not want any distractions from his inauguration” on January 17, 2009, he further said.

Finkelstein said Obama did nothing to save the lives of Palestinians during the Israeli attack on the Gaza Strip in July 2014. Rather, he said Israel has the right to self-defense and to protect itself.”

The analyst also hit out at Egypt for delaying the resolution after US president-elect Donald Trump reportedly called the Egyptian leader to make Washington’s opposition clear.

“The idea that Egypt of all places gives a darn or a fig to Palestinians is beyond laughable,” Finkelstein said.

Egyptian President Abdel Fattah el-Sisi “just backed the resolution because he wanted to show the world that Egypt is still a player on the international scene,” he added.

The Security Council was initially due to vote on the Cairo-proposed resolution but Cairo abruptly requested for the voting session to be postponed after Tel Aviv went on a last-ditch lobbying campaign against it.

More than half a million Israelis live in over 230 illegal settlements built since the 1967 Israeli occupation of the West Bank and East Jerusalem al-Quds. Built on occupied land, the settlements are internationally condemned as illegal and equal to land grab.