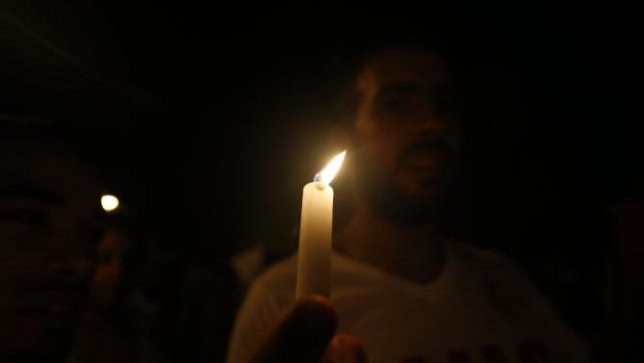 One essential observation is clear: terrorists struck a hard blow on this 26th June 2015, in Sousse, Tunisia, targeting the economy and the security of the country through slaughtering cold-bloodedly scores of innocent tourists. Recall that this tough blow had been preceded by no less painful terrorist acts: two political assassinations, some deadly attacks against the army and the security forces, and a gun attack in the Bardo Museum, last March.

According to a spokesperson from the government, the attack was orchestrated in Libya among Ansar-Al Sharia, an outlawed Islamist group that has been training Jihadist militants in camps over the border. And in the mountains.

This group of Ansar-Al Sharia, born in Tunisia in the aftermath of the 14 January 2011, has proceeded according to a clear strategy, a strategy that has been achieved in three successive stages:

• First, setting up the organizational apparatus, • Then, putting up preaching tents and recruiting among desperate youth; • Finally, comes the implementation of the military structure.

Moreover, the Tunisian revolution was for the Jihadists, a not-to be missed golden opportunity “to revive the flame of the Jihad,” as was declared in a letter signed by AbuMusaab Abdelwadoud, on 10 December 2012.

Let’s admit that the turn of events was favorable for them to organize and gain ground: a general amnesty that emptied the Tunisian prisons of all Jihadists at once without any follow up or possible lawsuit a few weeks after 14 January 2011. That allowed their leader, Seifallah Ben Hassine, alias Abu Iyadh, to found the organization of Ansar Al Sharia, with no difficulty, building on a reserve force made up of hundreds of previous Jihadist inmates. (See Inkyfada, 1July 2015)

Organizing the group was not a tough task, either: in May 2012, following some meetings, they rose to prominence and held their congress in Kairouan, the spiritual capital of Islam, with the presence of more than 5000 persons, according to observers.

Then it was the period of preaching tents used for religious propaganda, launched under the slogan “hear from us rather than hearing about us.”To reassure people, worried by their sudden rise and their extremely violent language , their leader Abu Iyadh said many times that Tunisia was “a land of Dawa (predication), not a land of Jihad”. That was, also, the period of campaigns for recruiting supporters and sympathizers, mainly through “the basket of Ansar AlSharia”, charity donations to the poor (food, clothing, basic supplies..).

In fact, they rightly believe that marginalized and desperate youth in poor areas and slums are easy catch for them as they are often ready to be “soldiers of God” and welcome the “government of God on earth.” Many of them were even “ready for martyrdom” and “to leave” for a “better life in Heaven”. (See minutes of terrorist cases.)

Almost simultaneously, the new radical group managed to take control of hundreds of mosques, no less 700, just for the year 2011 (Inkyfada, same report): imams were violently evicted and replaced with their ultra conservative supporters, “Bandits, former drug dealers and former convicts helped in the dirty work of violence” (minutes in the case of the assassination of Chokri Belaid)

And how about today? According to Abubaker ElHakim,one of the group leaders ,who is believed to be in Syria and who allegedly masterminded the assassination of Mohamed Brahmi , nothing they “do is done in vain”. In an interview to with an English speaking newspaper, he said that the aim of political assassinations, attacks against army and police and cold-blooded tourist massacres is to create a climate conducive to the seizure of power. Indeed, the Iraqi, Syrian and Libyan experiences have shown that the weakening of the state and the destabilization of society could create a chaotic situation where everything becomes possible. In a video he released from ISIS, he threatened “we are coming back to kill you, you will not have a quiet life until Tunisia implements the Islamic law.”(Mail on line, 18 March, 2015)

So, Jihadist groups, including Ansar-AlSharia , have a clear strategy with the necessary steps to follow, taking advantage of the precarious regional situation, the loose control over the borders and the social and economic situation of the youth, which makes them an easy prey to Jihadist recruiters. Their ultimate aim is to destabilize this nascent democracy, a necessary prelude to chaos that is going to prepare for the extension of the caliphate.

The question is: are the democratic, partisan, associative and union forces aware of the scope of the dangers we face? Do we have a clear vision of how to immunize our young democracy on all levels: politically, socially, economically and culturally? So far, many gaps remain. On all levels.