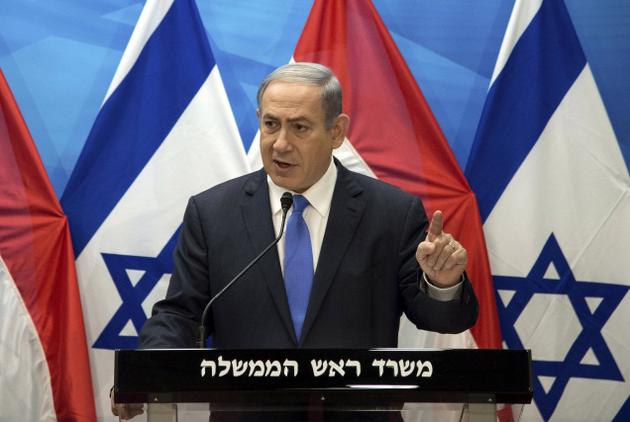 A Deal That Raised Hell

A ‘historic mistake’ — Israeli Prime Minister Benjamin Netanyahu’s reaction to the July 14 agreement between Iran and six world powers plus the European Union was brusque and bitter. There were no surprises there, nor in the spectacle of the American Israel Public Affairs Committee (AIPAC), a powerful lobby known to make and unmake political careers, stepping up with vows to kill the nuclear deal in the US Congress.

The Arms Control Association (ACA), a Washington DC-based expert body, had a different assessment. The comprehensive agreement, it declared, “would verifiably block Iran’s pathways to nuclear weapons development.” When implemented, it would be “a net plus for non-proliferation and (would) enhance US and regional security.” At a public forum two days later — coincidentally the 70th anniversary of the first nuclear test in the New Mexico desert — the ACA head described the agreement as “among the most complex and consequential of the nuclear age.”

On a mission of reassurance to Tel Aviv, British foreign secretary Phil Hammond was berated by his hosts for suggesting that Israel was opposed to any manner of a deal. And to be fair, Netanyahu had amply forewarned that no deal which preserved a vestige of Iranian sovereignty would be acceptable, brazenly wading into political partisanship in March and addressing the US Congress in a deliberate affront to President Barack Obama’s investment in the talks.

As he sketched a scenario of mortal danger to Israel, Netanyahu reached for Biblical analogies and invoked a sinister Persian viceroy’s plot against the Jewish people from two-and-a-half millennia back. He then segued into a weird diatribe more strident in its Islamaphobic tone than recent appearances at the UN General Assembly. The emergence of the Islamic State militia as a malevolent new presence in the West Asian region did not make Iran a potential ally of the west, he said. There was a ‘deadly game of thrones in play,’ in which there would be ‘no place for America or for Israel, no peace for Christians, Jews or Muslims who don’t share the Islamist medieval creed.’

This was a clear overture to the most extreme elements in the US and Israel. Then facing a tense electoral battle at home, Netanyahu pinned his hopes on the loyalty of the fanatical right-wing that is now mainstream in Israel. As polls neared, he warned about a sinister leftist conspiracy to depose him, before playing his final card and vowing that a Palestinian state would never be reality under his watch.

It was that pivot to the extreme right that transformed a losing position into victory.

When Netanyahu put together a narrow majority in Israel’s parliament, it was with an alliance anchored firmly in the most reactionary ideological commitments, akin in many ways to dominant elements in the Republican Party in the US.

In this ideological fraternity lies Israel’s last hope of keeping Iran down. First reactions from kindred souls on Capitol Hill did not disappoint. But then, as various complexities dawned, they retreated into sullen silence, leaving it to AIPAC to work out a strategy.

In a fact-sheet produced to order, AIPAC identified five minimum requirements that had not been met in the deal. Among these were the failure to enforce a regime of ‘anytime, anywhere’ inspections. The template Israel had in mind was undoubtedly the punishing regime that the US and UK — with the UN Security Council in mute acquiescence — imposed on Iraq through the 1990s. It was a disarmament agenda that scarcely masked intent to secure regime change, leading inexorably to the invasion of 2003.

US Republicans remain unrepentant but Democrats are visibly suffering buyer’s remorse. A second ground advanced by AIPAC for rejecting the deal is its ostensible failure to insist that Iran ‘must come clean on its prior nuclear work.’

Here again, the record of inspections by the International Atomic Energy Agency (IAEA) paints a rather different picture. Most such inspections have followed declarations of intent by Iran to pursue nuclear fuel cycle activities as it is entitled to under the Nuclear Non-Proliferation Treaty (NPT). The response of the UN Security Council, which exercises ultimate oversight on IAEA decisions, has been to severely abridge Iran’s rights. Heavy water production, for instance, though not classified as an activity subject to NPT safeguards, is now under strict monitoring in Iran.

Another ostensible omission, according to Israeli security briefings, is the covert Parchin military base, southeast of Tehran, “suspected of being the centre of Iran’s secret nuclear weapons programme”. This is a clear distortion. As recorded in the agency’s report of March 8, 2006, it was given access to the Parchin site in November the previous year. The IAEA “did not observe any unusual activities in the buildings visited.” And an analysis of numerous environmental samples “did not indicate the presence of nuclear material at those locations.”

Finally, AIPAC’s worry is that the deal does not meet the requirement that “Iran’s nuclear weapons’ quest must be blocked for decades.” This is clear misrepresentation, since the intent of the deal is to completely eliminate the plutonium pathway to a nuclear weapon and cut uranium enrichment capacity by over a third for an entire decade. If there is a breakout by Iran after that — and there is no reason to believe there will be — it would take at least a year to produce material sufficient for one explosive device.

The insistence on blocking Iran’s capacities for unspecified ‘decades’ is an accurate barometer of how long Israel intends to deny Palestinians their rights.

The Zionist state’s angry and querulous reaction to a nuclear deal that has won almost unanimous acclaim underlines just how far it is adrift of world opinion.

Sukumar Muralidharan is an independent writer, researcher based in Gurgaon and Shimla