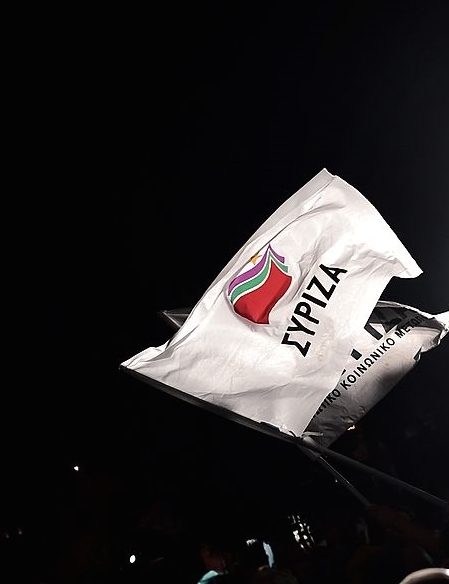 A Few Observations on the Greek Crisis

Democracy and Break in the Fight Against Austerity

“Moreover, we have the same issues at stake as does Europe: how to combine the electoral process and the mobilization of the masses, how to establish a strategic link between the political organizations and the social movements, how to develop a break strategy supported by the working classes.”

Like many anti-austerity leftist militants in the world, we have closely followed the Greek crisis unravel in the past few weeks. Like everyone else, we are not happy with the outcome. That Greece should be placed under such a trusteeship set up by the European commission is sad news. Nonetheless, we see that the situation is not static, and the struggle will continue on an ideological, economic and political front. History never ends; even less so the eternal class struggle.

We would like to use this opportunity to draw some observations from this period that will certainly be linked to the history of the left in the world. We want to draw some lessons in order to continue the struggle against austerity; a struggle that has become, by the force of things, the key issue at stake that binds the different organizations from the new radical left, whether it be in Germany, Spain, Scotland, Portugal or here in Québec.

Some will say that the electoral strategy pursued by Syriza was the wrong one, as evidenced by the appalling agreement that the Greek government has been forced to accept. We hear echoes of Badiou or of other anarchists who repeat modern variations of the slogan: « Élections, Pièges à con » (Elections, traps for idiots). Instead, we believe that the electoral path was necessary for a party such as Syriza with multiple radical left tendencies. Without such a path, the party would have remained in the shadows and the Greek government would not have succeeded in stoking fear in the central banks and European governments for as long as they did. And these governments will continue to feel this fear for a long time because the struggle, as we said, is not over. We quote here the warning from Poulantzas in his most recent book, which refers to the writings of Rosa Luxembourg: direct democracy cannot do without parliamentary democracy, and the reverse is true. In this sense, the internal opposition that made up the Leftist Platform at the heart of Syriza, and its strategic alliance with Antarsya or other radical and revolutionary movements, has proven to be crucial for the future of the class struggle in Greece. What it does is allow these sections of the militant left of the parliamentary democracy to come out into the direct democracy process and carry out the political work needed in Greece and throughout the world, i.e. to fight against austerity and forge a break with capitalism.

This new makeup, with its inevitable splits and new associations, which can appear harmful for the left does not have to be since it breathes new life in democracy generally and allows the struggle to be reactivated. Imagine for a moment what the situation would look like if there had been unanimous consent amongst Syriza deputies in the Greek parliament. The party would have cut itself off from social movements and could have started to break down rapidly. A true militant left must not be simply practical and seek to avoid debates by all means in order to maintain organizational links. The left must be conflictual, insofar as it must put forth uncompromising, clashing ideas with the risk of sometimes undermining the political organizations that represent this left. The Leftist Platform is a courageous example of this determination to pursue the struggle through extra-parliamentary means in collaboration with social movements. In the end, street power overrides the voting booth because that is where the true potential to get around the system resides.

Must one however accuse the other Syriza branch, represented by Tsipras and his colleagues, in a brutal manner? We must criticize him for putting too much trust in a pro-European centrist tendency that was looking for an agreement, more than a true improvement in the living conditions of the Greek people. He made a fatal mistake by refusing to have a plan B, and by wasting the overwhelming victory of the referendum’s “no” outcome. Nonetheless, we cannot reject the work that he has accomplished over the past five months whilst in power, including during the referendum campaign. We believe that some members of the international left are too focused on hatred. This is obviously not something new, especially when the Left assumes power. Lula, Chavez, and today Morales have all been severely criticized, and oftentimes with good reason. However, the most trenchant critics of leaders, governments, or political parties do not automatically reject those who are subject to such criticism from the Left in which we fight. We stand for an active international solidarity; one that must also engage in criticism. In the end, political practice will decide whether one’s leftist involvement is genuinely anti-neo-liberal.

Above all, we must express solidarity with the Greek people who will have no other choice but to fight against the new memorandum. This is the primary issue at stake. We must side with the people of Europe who are grappling with scandalous austerity measures. We must also hope that these struggles may bring other leftist militant political parties to power, or in the quasi-official opposition.

Nevertheless, the best way to show solidarity is by leading the fight in Québec against the neo-liberal governments in Québec and in Ottawa. Moreover, we have the same issues at stake as in Europe: how to combine the electoral process and the mobilization of the masses, how to establish a strategic link between the political organizations and the social movements, how to develop a break strategy supported by the working classes. Furthermore, the issue of sovereignty of the majority plays a pivotal role in our political decisions, as we have seen with the example of the Greek government and its relation with Europe. And, the Québécois left knows that reality very well!

This is a joint process of reflections by Roger Rashi and René Charest that will appear on the Nouveaux Cahiers du Socialisme site.