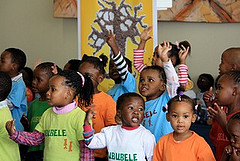 Reflections on the International Day of Peace

As I was beginning a seven-month period in 2004 studying prospects for peace education in Malawian classrooms, a friend of mine seemed very surprised at the topic of my study. Why peace education? She asked. Has Malawi been at war lately?

I don’t exactly remember how I responded, but the question of peace education in the Malawian school system appears to me to be as relevant today as it was six years ago. And as it was probably since we first developed our own education system at independence in 1964. September 21 is International Day of Peace, and the theme for this year is ‘Youth for Peace and Development’. Observing this day prompts me to reflect on what I learned those six months I spent in 2004 visiting Malawian classrooms and talking with Malawian primary school teachers and pupils about how we can define and understand peace from a Malawian perspective.

A picture of how we may define ‘peace’ from a Malawian perspective started to emerge in my mind when I attended the inauguration of Reverend Bishop Thomas Msusa as Bishop of Zomba Diocese on 17 April 2004. In his homily after the inauguration, Bishop Msusa talked about his guiding principles in his life as a priest, but it was his description of the Malawian philosophy of uMunthu that has stayed with me in the intervening years. The more I thought about uMunthu and its implications for Malawian life, the more intriguing it became. The only person I knew to have given serious thought to the idea of uMunthu within a peace framework was Archbishop Desmond Tutu. In his 1999 book ‘No Future Without Forgiveness’ Tutu argued that the transition South Africa underwent from apartheid to democratic black majority rule was made possible because of what the South Africans call uBuntu. He grants that it was not the best of transitions, but he could not think of another way South Africa could have managed the transition without degenerating into a horrific civil strife. In recent times Desmond Tutu has described post-apartheid South Africa’s socio-economic tensions as a ticking time bomb, but his belief in the power of uMunthu as an African principle of being has not dissipated.

I was also aware of Malawian philosopher Harvey Sindima’s treatment of uMunthu as an important African philosophy, from his 1995 book ‘Africa’s Agenda: The legacy of liberalism and colonialism in the crisis of African values’. I decided there and then that I needed to look more deeply into this topic, and see which other Malawians had done research on the concept of uMunthu. To say I was pleasantly surprised by what I found would be an understatement. To be sure, none of what I stumbled upon talked about uMunthu as a Malawian or African peace concept, as Tutu had done. However I discovered that there was already a considerable amount of scholarly attention paid to the concept, by Malawian intellectuals such as Augustine Musopole, Gerard Chigona, Chiwoza Bandawe, Richard Tambulasi and Happy Kayuni, among others. I also recall seeing a number of articles from a column in The Nation newspaper, titled ‘uMunthu’. More articles have appeared in other newspapers and magazines as well.

uMunthu, or the fullness of life: In the human sphere the process of life achieves fullness when humans are richly connected to other people, to other creatures, and to the earth itself. Humans realize their own fullness by realizing the bondedness of life. To reclaim this notion of life, of life as characterized by a deep and thorough bondedness, is to find a correction to the mechanistic view which has been imposed upon African thinking, and which has led to the exploitation and suffering of humans and other creatures alike. - Harvey Sindima

It was a female primary school teacher who gave me insights that helped me make sense of what Malawian scholars have written about uMunthu, and in the process pushed my thinking in a new direction. I had been wondering how the concept could be thought of from an educator’s viewpoint, and this teacher didn’t hesitate to show me how. She began by giving examples of Malawians in high positions because of their superior rank and educational qualifications, but who did not seem to how practice uMunthu principles in their daily life. She asked, rhetorically, ‘Of what use is a university education if a graduate has no uMunthu?’ She asked similar questions of Malawian bosses in various offices in companies and in government ministries, before making a statement that captured the essence of uMunthu and education. She observed that it was one thing to have an education, and quite another to have uMunthu. We could teach Malawian children all the knowledge necessary to succeed in life, but if we didn’t teach uMunthu, that education was incomplete.

Looking at uMunthu from this educational perspective raises several questions about how to teach young Malawians, indeed young people in any part of the world. It also offers part of the answer to the question my friend asked in 2004 as to why I was studying prospects for peace education in the Malawian school system. A number of peace educators around the world have argued that all education ought to be peace education. This is important, whether teaching a Standard 1 pupil how to read, or a final year university student how to analyse quantitative research data. The question at the heart of the education system ought to be how particular subject matter content promotes the values that define our society, and promote love and understanding, friendship and interdependence, empathy and community. That is where uMunthu-peace starts.

BROUGHT TO YOU BY PAMBAZUKA NEWS, Pan-African Voices for Freedom and Justice

Steve Sharra blogs at Afrika Aphukira, the Zeleza Post and the Paulo and Nita Freire International Project for Critical Pedagogy.