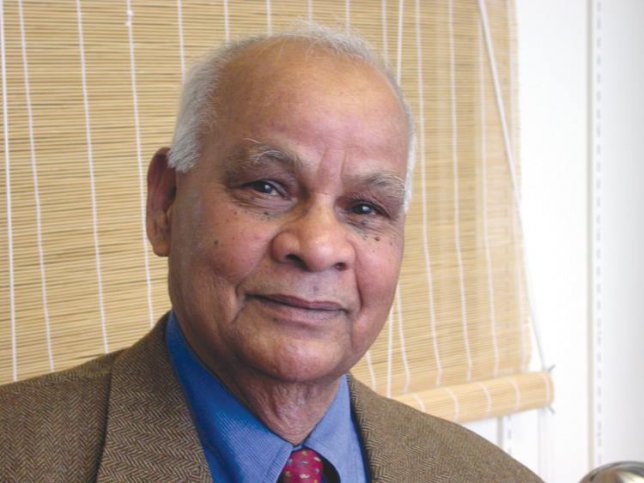 Dr. Daya Varma, life-long communist, scientist, activist, dreamer, pharmacologist, professor emeritus at McGill University, Montreal, passed away on 22 March 2015 in St. John’s, Newfoundland, Canada. A former member of the undivided Communist Party of India, he was a founder of Indian People’s Association in North America (IPANA) and International South Asia Forum, as well as a founding member of CERAS (Centre d’Étude et Ressources d’Asie Sud) and was on the board of Alternatives, a progressive think tank in Canada.

He also founded and edited the INSAF bulletin. Many in India remember how when the 1984 Bhopal Union Carbide industrial disaster struck, where thousands died, Dr. Varma spearheaded a study to monitor the effects of MIC on pregnant women whilst supporting their compensation claims.

He was a long time supporter of sacw.net.

Some of his recent writings available via sacw are:

The Disappearing Left in the "Emerging" India by Dr. Daya Varma http://www.sacw.net/article7407.html

Noted among his other writings are:

• Medicine, Healthcare and the Raj: The Unacknowledged Legacy by Daya Varma (2015) www.threeessays.com/books/medicine-healthcare-and-the-raj/

• Reason and Medicine: Art and science of healing from antiquity to modern times by Daya Ram Varma (January 2013)http://www.threeessays.com/books/reason-and-medicine/