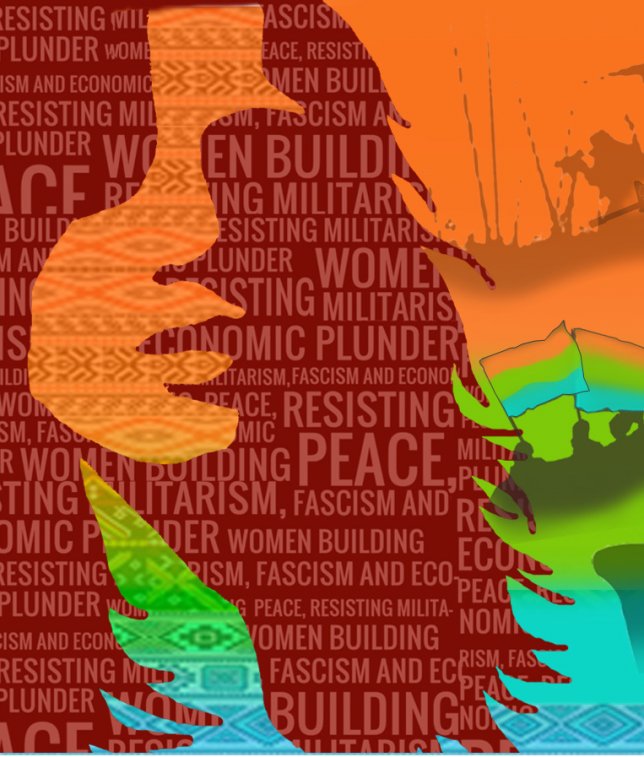 International Day for the Elimination of Violence Against Women

As we approach the International Day for the Elimination of Violence Against Women, we are reminded that the greatest form of violence on the largest scale that women suffer is from wars of aggression, militarism and occupation.

This day was originally enshrined by the UN to mark the assassination of the Mirabal sisters in Dominican Republic, who were brutally murdered for their opposition to the Trujillo dictatorship in 1960. The sisters are symbols of both popular and feminist resistance and among the heroines of our international movement.

Today violence against women continues to plague our society on a daily basis: domestic violence, systemic violence of the state and its anti-immigrant and racist policies, the violence of poverty, lack of services and poor working conditions.

All of this is in a context of an affluent society in Canada, where corporations and banks enjoy healthy profits and low taxes, and where a $15 minimum wage is seen as an outrageous demand. The double talk has not changed with the new Trudeau government that finally set up a Commission into the murder and disappearance of hundreds of indigenous women while at the same time pushing ahead pipelines for resource extraction on native lands that will destroy their lives and future.

We, the Women of Diverse Origins cannot forget that Canada is an imperialist power, engaging in war efforts and bombing campaigns that are leaving thousands of women, children and men in the Middle East and elsewhere digging themselves out from under cities left in rubble, fleeing bombs and mortars. Canada is contributing to the militarization of humanitarian aid to Haiti, military equipment to reactionary regimes like Saudi Arabia, and has participated in regime change interventions in Honduras and elsewhere.

The recent US and NATO-led military aggressions and proxy wars for control of resources in West Asia (Middle East) and Africa have caused massive destruction. At the same time the so-called war on terrorism is used to repress movements everywhere that oppose plunder of land and resources and environmental destruction. All of this has hit especially hard at women and children and contributed to the forced migration of over one million people.

Sexual violence against women has become a military strategy in wars today. The female body becomes a trophy of war, used to torture, intimidate, punish and destroy community structure. In the Congo, Rwanda, Sierra Leone, Bosnia-Herzegovina, Guatemala, Colombia and Haiti, a majority of women have undergone some form of sexual violence during the armed conflicts committed in their majority by military and paramilitary forces. The imposition of order by force, by fear and abuse, is carried out according patriarchal patterns of authority.

However, as the imperialists rev up their engines of war to control the world and its resources, they are igniting the resistance of the women and the peoples of the world.

In Israel, the women and people have resisted 68 years of the Zionist Apartheid Israeli occupation, supported militarily, economically and politically by American imperialism and its eager ally, Canada. This policy has remained unchanged under the Trudeau government, but the world-wide Boycott, Divest and Sanctions campaign against Israel is having an impact. This can be seen by growing attempts to shut BDS down.

In India, another staunch Canadian ally, the impunity granted the military in certain parts of the country under the Armed Forces Special Powers Act (AFSPA) is being challenged. In Kashmir, under military occupation, women are courageously confronting soldiers even at the cost of their lives. In Manipur, women have fought back for years against AFSPA to protest rape and murder by state military forces deployed in their region.

We have seen women of Saharawi (Western Sahara), fighting for their national rights and economic sovereignty under the occupation of Morocco, where Saskatchewan-based giant Potash Corp is exploiting the world’s largest reserve of rock phosphate.

We are one with these women and others who have chosen to take up arms in Kurdish Rojava to defend their land and their right to exist as a people.

We are inspired by indigenous women in the Philippines standing up to the paramilitary and government troops sent in to make way for Canadian and other foreign-controlled mining and extractive projects.

We join with them to resist mining aggression abroad and at home.

We are one with the resistance to the Dakota Access Pipeline by the Standing Rock Sioux tribe and members of over 100 tribes from across the US and Canada.

We honour Berta Caceres and the struggle of the Lenca people in Honduras, that cost her life in March this year. . We refuse to be fooled into supporting regime change by the US, which is meddling in countries of Latin America it considers as its back yard. We are one with the people and women of Venezuela who are resisting pressure to topple their President; we stand with the people and women of Cuba. They are holding steadfast to their principles while the US hypocritically re-establishes diplomatic relations while maintaining the 60-year criminal economic blockade it has imposed on Cuba.

While attempts at peace talks in Colombia have been manipulated to a first defeat by right-wing opposition forces, the fight for peace is making headway in the Philippines, where the Revolutionary movement has placed the people’s economic, social and political demands as an integral part of the agenda They refuse to discuss disarming the revolutionary forces without first tackling the roots of the 47-year armed conflict.

Women everywhere are taking their place in these struggles, in protest actions and strikes. This means overcoming difficulties, even breaking tradition, to join the people’s ranks. We have no choice but to defend our land, our jobs and freedom, true democracy and peace. A just and lasting peace that is linked to the struggle for national sovereignty, social justice and genuine freedom.

Thus we, Women of Diverse Origins (WDO), as part of the International Women’s Alliance (IWA), call on our member groups and allies in all sectors to march in commemoration of the International Day for the Elimination of Violence Against Women. Let us march side-by side to eliminate violence against women and to underline the need to fight for peace here and in the world.

Women of the World Unite! Stop Violence Against Women! No to Militarism, Occupation and Wars of Aggression! Women Say No to Imperialist War! Women want Peace with Justice! No More Blood for Oil! No more Blood for Gold! Protect the Land, Protect our Rights, Freedom and Dignity!